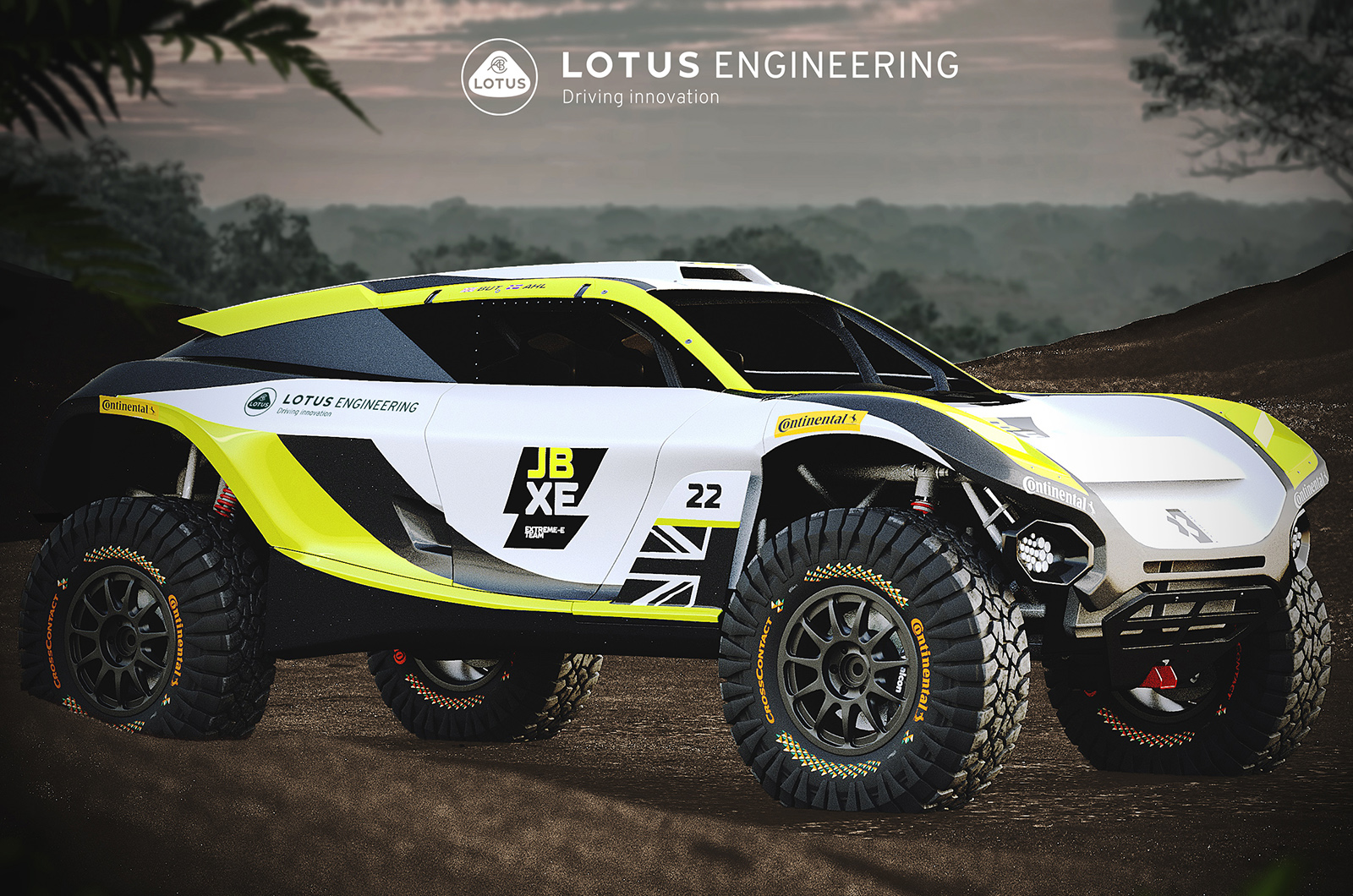 Button, the 2009 Formula 1 world champion, formed JBXE Racing to compete in the inaugural season of the off-road championship for electric single-seat 4x4s. Under the technical partnership, Lotus Engineering will use apply knowledge gained from its sports car and electrification programmes to assist the squad.

Lotus Cars boss Matt Windle said: “The complex technicalities of EV racing present a fascinating challenge, and using our learnings from more than a decade of electrifying sports cars, most recently with the Lotus Evija hypercar, we can bring valuable knowledge to the team.”

Button, who will drive for his team alongside Swedish touring car racer Mikaela Åhlin-Kottulinsky, called Lotus “a great British brand that is inextricably linked to motorsport”, adding: “To announce that a brand such as Lotus Engineering is coming on this journey with us is a proud moment for myself and the team.” While Lotus Engineering sits separately from the road car division within Group Lotus, the agreement will lead to the firm’s famous logo returning to a major international motorsport championship.

Lotus is known to have been actively evaluating options for a full return to motorsport. It has been linked to a potential Formula E campaign and even a possible F1 presence through its partnership with Groupe Renault’s Alpine brand, with which it will work on a new sports car.

Lotus is also currently developing an electric SUV, and Extreme E would potentially give the firm a way to highlight that model in the future. While the championship uses a spaceframe electric racer, the rules do allow manufacturers to adopt bodywork styled after road-going SUVs.

Cupra and the revived Hummer brand will both compete in the inaugural Extreme E season through deals with the Abt and Chip Ganassi Racing teams respectively. The revived Hispano-Suiza marque will also be present on the grid.

Talking points from the first round of the Extreme E championship in Saudi Arabia, as team owners Hamilton and Rosberg renew their F1 rivalry
Read more