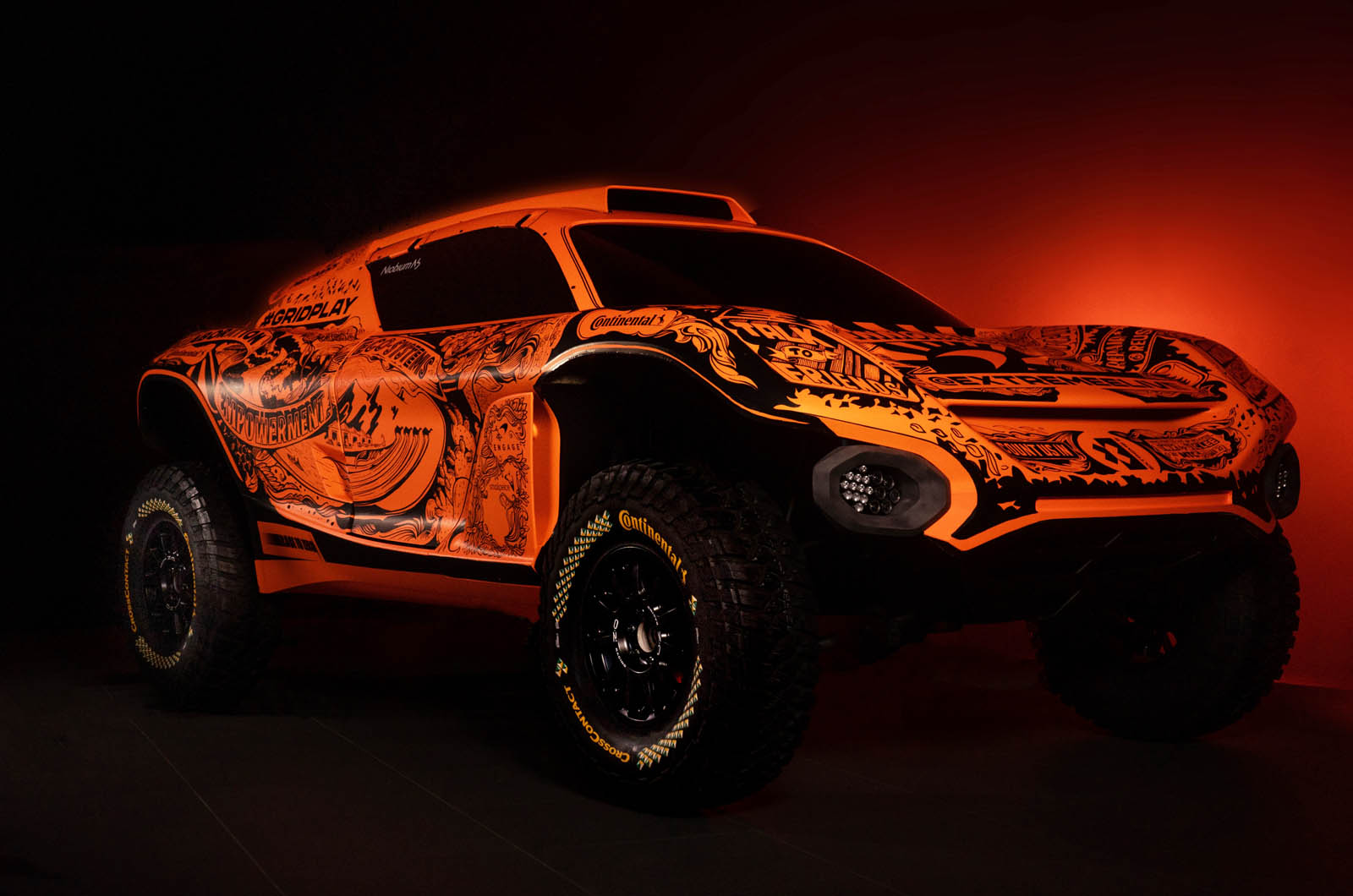 Leading Formula 1 team McLaren Racing will enter a team in the electric Extreme E off-road championship from next year, with motorsport engineering outfit Multimatic on board as its ‘vehicle dynamics partner’.

McLaren Racing has also shown the distinctive livery its racer will wear for the first time, and confirmed it will be piloted by US racer Tanner Foust and New Zealander rally driver Emma Gilmour – the outfit’s first female driver in any discipline.

McLaren Racing is one of the most storied in F1 history, having scored 182 grand prix victories and 12 drivers’ championships since entering the sport in 1966. It also expanded into the Indycar Series last season with the US-based Arrow McLaren SP squad.

Extreme E currently features nine teams, who must use identical 400kW electric spaceframe SUVs. Each team runs a single car for a male and female driver, who must swap at the midway point of each race.

McLaren said that its Extreme E project will help push its sustainability drive while also attracting new fans and “growing the McLaren Racing brand and franchise”.

McLaren Racing boss Zak Brown said: “McLaren has always been at the forefront and never afraid to push new boundaries. This new venture is true to our roots of participating in a variety of categories, innovation and bravery. Extreme E is paving new ground in motorsport as a force for good in confronting some of the biggest challenges facing our world today and in the future.” Brown added that “F1 will always remain at the centre of our world” and the new project “will complement and help support all our programmes”.

Extreme E features strict caps on the number of personnel each team can employ, and McLaren said the Extreme E would be formed from existing staff from outside the F1 programme and newly recruited specialists.

Woking has experience in electric motorsport, having developed and supplied the battery powertrains for the Gen1 and Gen2 Formula E enlectric single-seaters. While it’s part of the McLaren Group, the racing division is separate from McLaren Automotive.

McLaren joins a diverse line-up of teams in Extreme E, including operations run by fellow Indycar squads Ganassi Racing and Andretti United. Cupra runs a team in association with touring car and rallycross specialist Abt, while F1 champions Sir Lewis Hamilton, Nico Rosberg and Jenson Button all have their own teams.