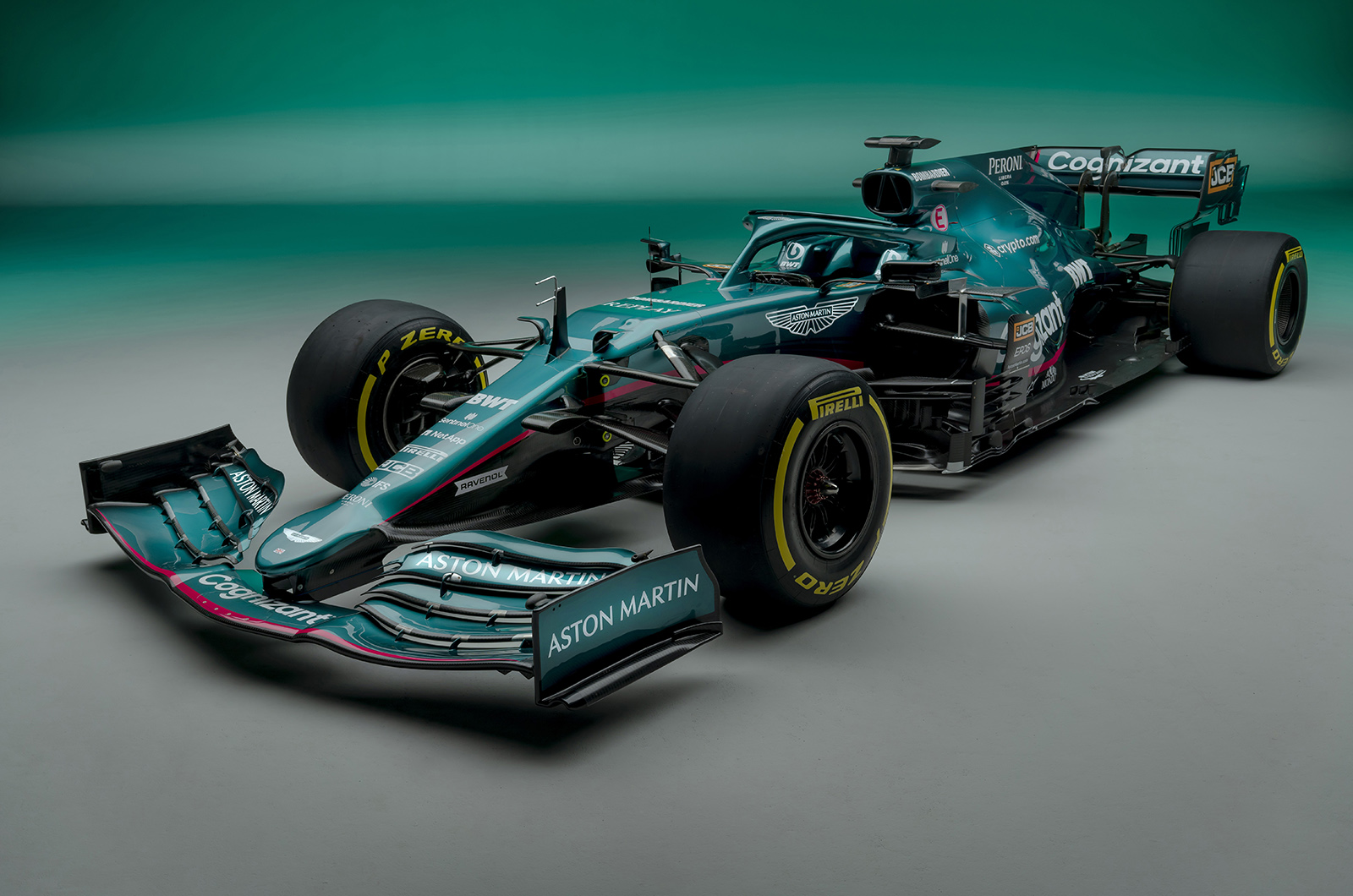 The new Aston Martin F1 team has revealed its new AMR21 car, which the firm will use for its return to Formula 1 for the first time since 1960.

The British firm has entered motorsport’s top flight through a rebranding of the Racing Point team owned by Aston Martin boss Lawrence Stroll. Aston Martin says that the F1 team will serve as an ‘innovation lab’ to guide future road car technology.

“I’ve dreamed about this day for a very long time,” said Stroll. “My first dream was to own a Formula 1 team. My second dream was to acquire a significant shareholding in Aston Martin Lagonda. Today is about the merging of those two dreams.” The Aston Martin F1 team will continue to be operated out of a factory at Silverstone, where the squad was originally set up as Jordan for the 1991 season. The team will build a new 200,000 sq ft facility, due for completion in 2022, alongside that base.

Aston Martin said its F1 team will serve to drive future road car technology, particularly for its mid-engined sports cars, including the forthcoming Valkyrie and Valhalla. CEO Tobias Moers said that F1 team would “have far-reaching positive effects on the Aston Martin brand, our culture, and the design and technology of Aston Martin road cars.”

He added: “The F1 team will become a dynamic and exciting innovation lab to drive forward future Aston Martin road car technologies and performance, which will truly differentiate our cars in the coming years. Aston Martin has always made beautiful cars. Now, as we begin a new era of Aston Martin in F1, we’ll bring more innovation and more performance.” Aston Martin’s biggest motorsport successes have come in sports car endurance racing, but the firm entered a works DBR4 in five grands prix in 1959 and 1960 with little success. The firm has had a presence in F1 since 2016 as a sponsor of Red Bull Racing. Racing Point was formed when Stroll bought the assets of Force India when it went into administration during the 2018 season. The team scored a surprise victory with Sergio Pérez in last year’s Sakhir Grand Prix, plus it won four races in its original Jordan guise.