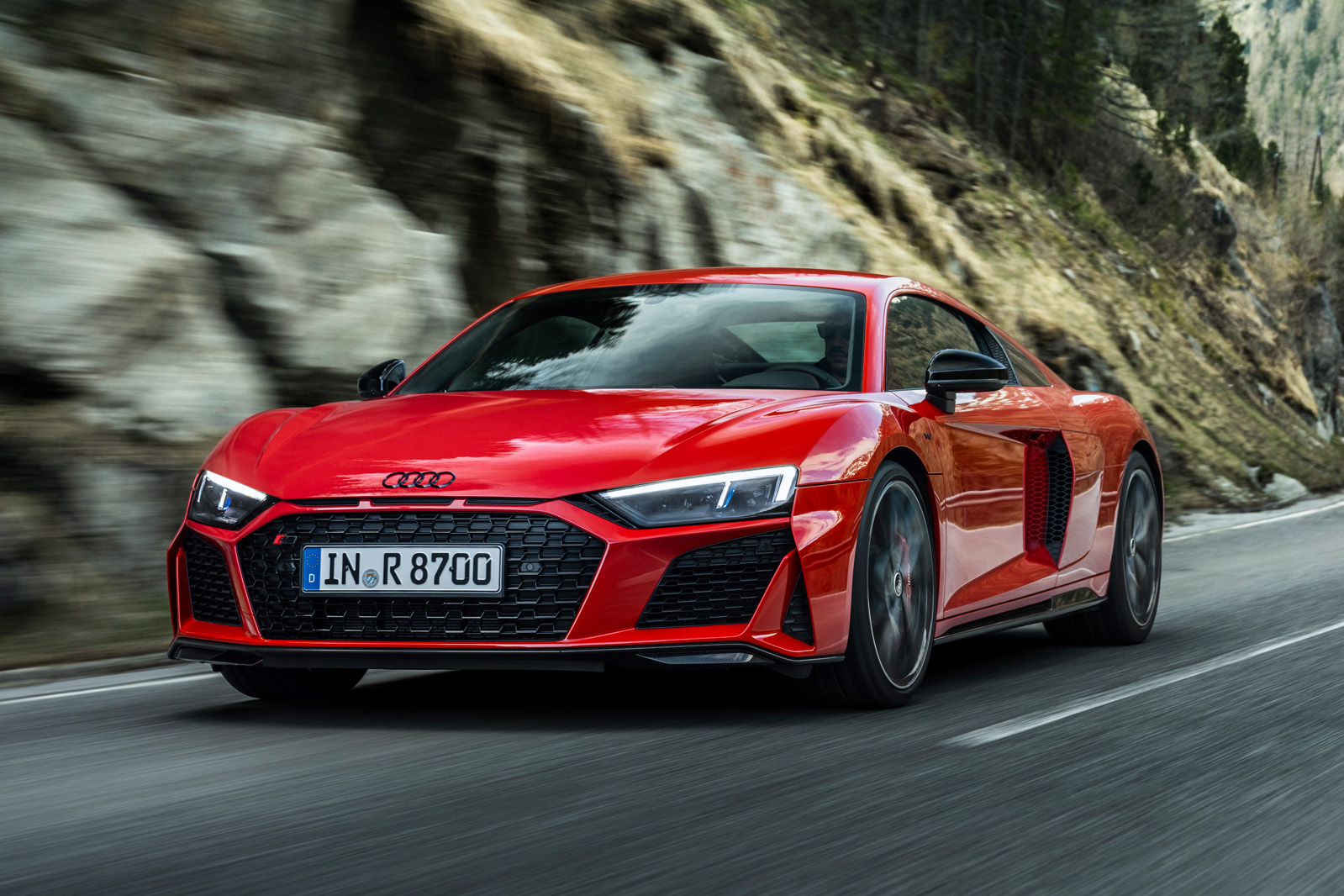 The rear-driven version of the Audi R8 supercar has been uprated for 2022 with more power, more torque and enhanced dynamic performance.

Although its overall design is left untouched, revisions underneath aim to put “the R8 model range more firmly in the top position”. As before, power is sent through a seven-speed S tronic automatic gearbox and a mechanical limited-slip differential. Both coupé and convertible versions of the rear-driven R8 continue to be available, tipping the scales at 1590kg and 1695kg respectively.

New for the R8 Performance RWD is an optional Dynamic steering set-up that “provides even more precise reaction and feedback” in corners and makes low-speed manoeuvres easier. The Performance RWD is largely identical to the four-wheel-drive Quattro range-topper, save for subtle differences in badging. As standard, it comes with 19in twin-spoke alloy wheels, Nappa leather sports seats, Audi’s 12.3-inch Virtual Cockpit digital display and colour-coded sideblades.