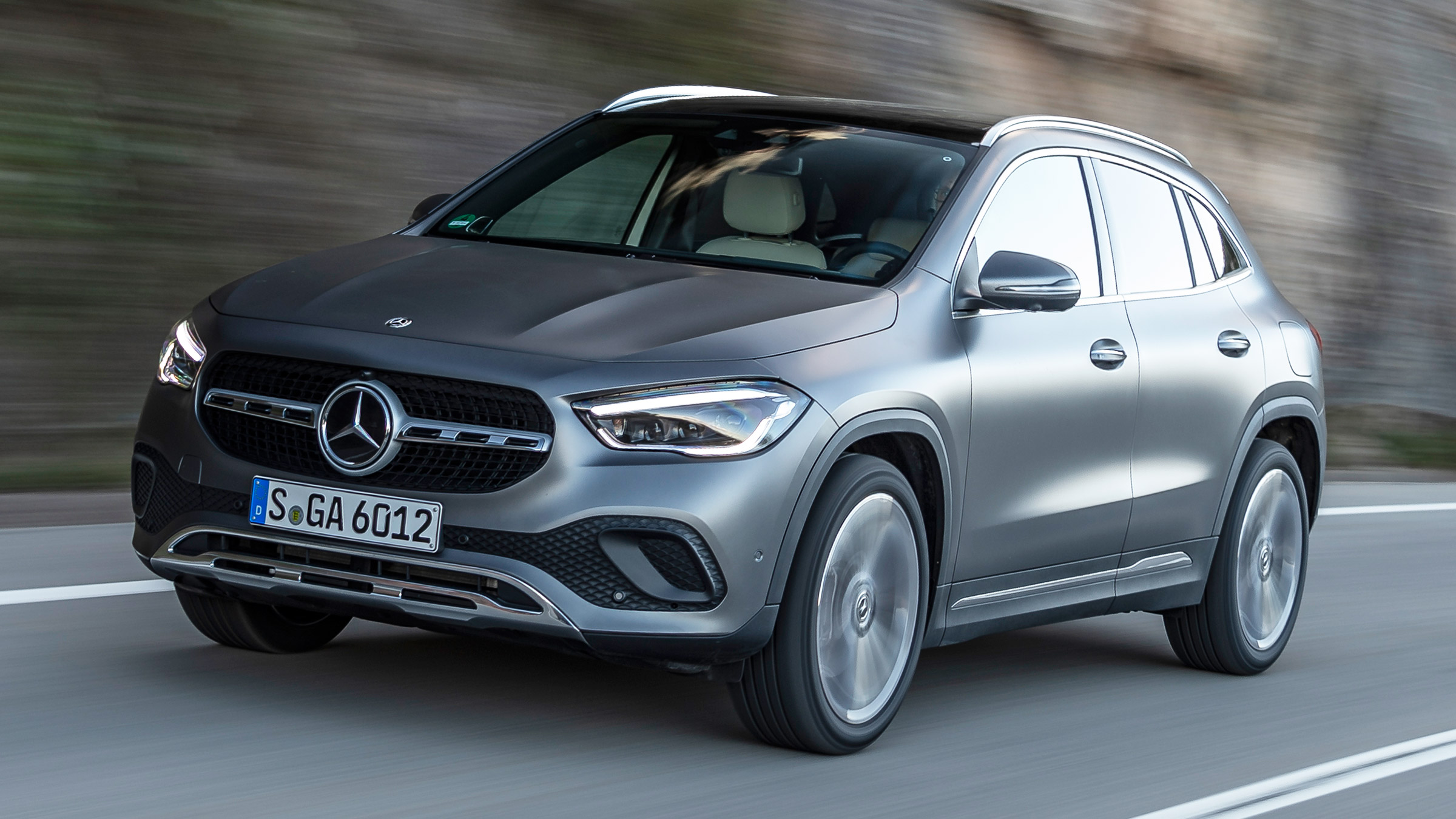 The new Mercedes GLA is the company’s smallest 4×4 and it combines A-Class quality with greater practicality.

It’s difficult to keep track of Mercedes’ SUV range. It’s been modernised and refreshed over the course of many years, but a new version of one of the brand’s most important vehicles, the GLA, has so far been missing.

The outgoing version was a popular all-rounder, but it was a little dull to look at and to drive. Following the launch of the slightly larger GLB, which can be ordered with seven seats, Mercedes has seen fit to give the new GLA a bolder look and a new lease of life. It’s certainly a more handsome car than its predecessor, but perhaps Mercedes could have been a little more daring with the design to really give this baby crossover a chance to stand out in a crowded market.

Having said that, the new GLA will find its fans. The interior of the latest model is new to the GLA, but will be familiar to anybody who has driven the current A-Class hatch or its derivatives. You sit on comfortable, adjustable seats, there’s lots of practical storage space, and the easy-to-use MBUX operating system is by far and away the best infotainment set-up in the class.

Families in particular will like this GLA’s additional space; the second row is roomier because the wheelbase has been extended by 30mm, while the boot is also slightly larger, at 435 litres. The rear seats can slide back and forth by 140mm, while the backrest can be adjusted for maximum flexibility. But while the fully electric seats in the front are heated and cooled, there is neither a separate climate-control system nor a seat heating system in the rear, which some competitors offer. It may seem like a small oversight, but these things matter when you’re living with a car for a number of years. Another annoyance to customers may be the lack of an electric tailgate; widely considered to be a standard feature on premium cars, it’s only an option on the GLA. The engine line-up is largely identical to those of the A-Class and its siblings. If you want to keep an eye on fuel economy, but retain a degree of performance, then the GLA 220d driven here is probably the one to go for. Do you need 4MATIC four-wheel drive? If the car’s biggest challenge is likely to be little more than a gravel car park, then probably not. But adding it turns the GLA into a proper little off-roader, and one that doesn’t bluff about its 4×4 looks. The 4MATIC system also includes Merc’s Off-Road Engineering package, which features an additional driving program, hill descent control and, when equipped with multibeam LED headlights, a special light function for the terrain. The variable four-wheel drive offers the driver the option of adapting the characteristics of the system using a button on the centre console.

In normal driving, power distribution in Eco and Comfort modes sees 80 per cent of drive go to the front wheels. In Sport mode there’s a barely noticeable 70:30 split, while the Off-Road setting sees the all-wheel clutch used as a longitudinal lock, so distribution is neutral, at 50:50. “We wanted you to know that you can really do something off-road,” explains Jochen Eck, series manager of the Mercedes front-wheel-drive platform. “Because the vehicle came last in the series, we were able to test most of the modules on the other models.” On the move, the GLA 220d 4MATIC is tight and controlled. The adjustable dampers bring an additional layer of comfort, thanks to four shock absorbers with an electronic valve that varies oil flow. The difference between Sport and Comfort programs is significantly bigger as a result. The 139kW 2.0-litre four-cylinder diesel isn’t whisper quiet – especially on cold starts – and despite good soundproofing measures, there’s always a diesel clatter on the move. However, the engine is a strong performer, with good mid-range punch after a small amount of turbo lag. Maximum torque of 400Nm is available from just 1,600rpm, so 0-100km/h takes 7.2 seconds – that’s not far off hot hatch territory in a sensible family diesel crossover. The eight-speed dual-clutch transmission works away discreetly in the background, while the steering is very smooth and always precise. As a result, this new GLA is certainly a more enjoyable car to drive than the old model. But it still majors on comfort, and it can’t quite match the BMW X2 when it comes to providing excitement behind the wheel. However, for buyers of this sort of vehicle, that’s not the biggest priority, and Mercedes has nailed the brief.