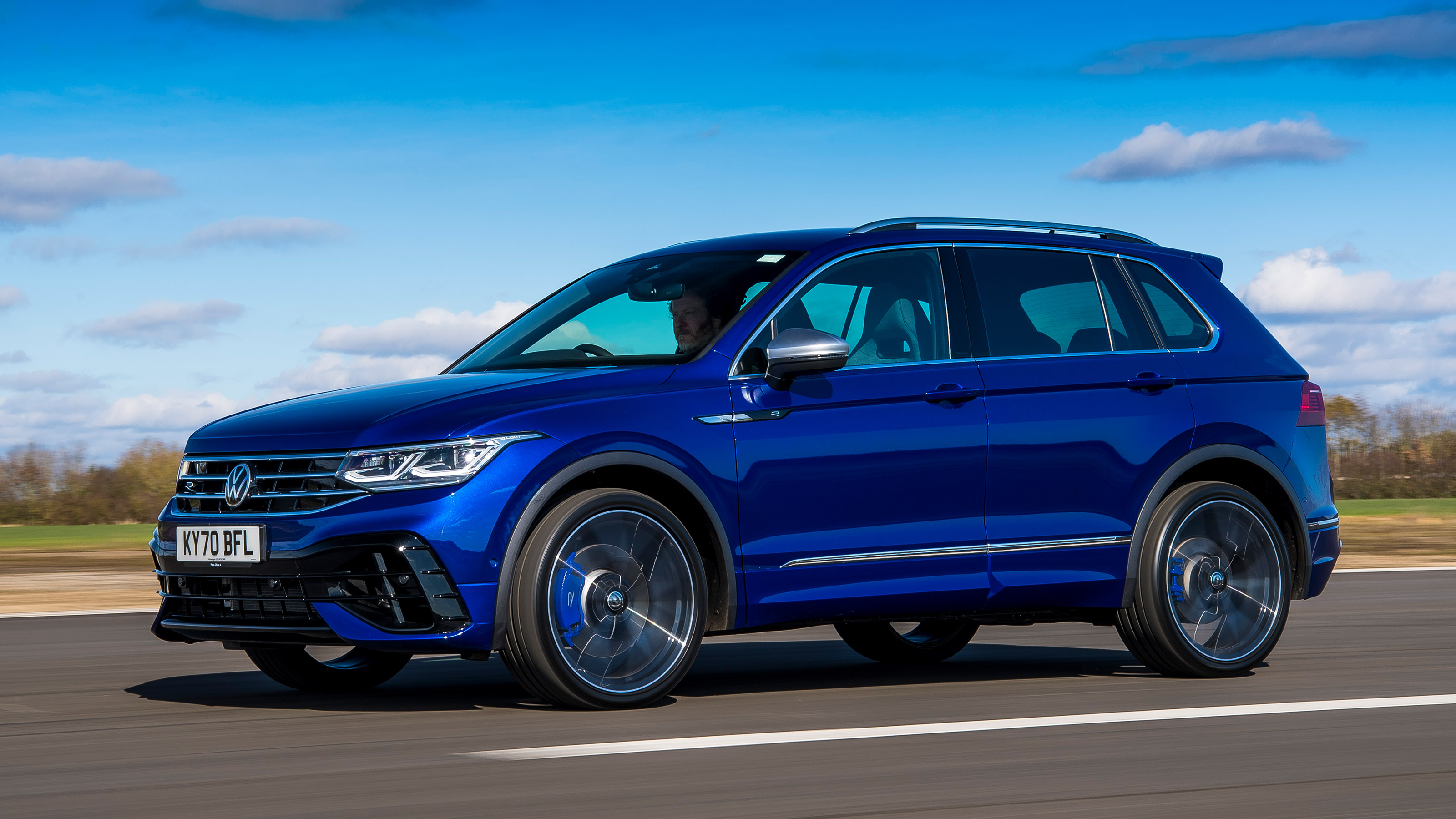 The 235kW Volkswagen Tiguan R borrows the Golf R’s running gear, but is it a success?

The performance SUV is not a new niche, not even for Volkswagen, given that the T-Roc R has been on sale for a while. However, it has taken VW a little time to fully exploit the craze and install one of its most powerful motors in its best-selling Tiguan SUV to create this, the Tiguan R.

It’s a simple recipe. Take the 235kW 2.0-litre turbo petrol engine, seven-speed dual-clutch gearbox and 4MOTION four-wheel drive from the Golf R and install it in the Tiguan, then add a few chassis tweaks to control the extra power, as well as some smarter seats and sportier touches inside. While prices are yet to be confirmed in Australia, for comparison the price for this combination of VW’s MQB modular toolkit of parts in the UK is the equivalent of $81,500. That puts it perilously close to other SUVs with performance aspirations, such as the base-spec 2.0-litre Porsche Macan ($84,300) and the Alfa Romeo Stelvio Veloce ($78,900).

The Tiguan R is rapid enough to go toe-to-toe with any of those machines, though, because it’ll sprint from 0-100km/h in 4.9 seconds. It’s deceptively quick. The linear power delivery, with a surge of torque that arrives low down and continues through the mid-range, means the R keeps piling on speed. It’s not as visceral as a Golf R, and being raised up from the road is a big factor that also means the Tiguan feels compromised.

On 21-inch alloys and with a sportier chassis set-up, the ride is sometimes busy. Dynamic Chassis Control adaptive dampers are fitted as standard, but even with them set to Comfort mode, the chassis never seems to settle on the kind of roads you should enjoy the Tiguan R on. We don’t expect a super-smooth ride, but the car bobbles around on B-roads, so it’s a good job the bucket seats hold you in place. At least the firmer set-up and taut body control mean that the hottest Tiguan’s cornering potential is good, if not all that engaging.

The R features VW’s R-Performance Torque Vectoring tech, which distributes power between the two rear wheels, as well as across both axles. Traction and stability are never issues.

There is a lot of grip and maybe not as much roll as you’d expect, especially in the sportier settings, but there are drawbacks. The weighty steering has precision, but the relatively high centre of gravity – despite a 10mm reduction in ride height compared with the regular Tiguan – means the R is just a little lethargic to change direction. At least it has a fitting soundtrack from the quad-exit exhaust, with some suitably characterful pops on downshifts – we’d stick to the ‘Pure’ mode though, which gives you the fruity exhaust sound without the obviously artificial and not-so-pleasant rumbling piped in through the speakers. The gearbox serves up rapid shifts that are pleasingly smooth when you’re ambling around at a leisurely pace, while on the motorway the big wheels and firmer set-up are less of an issue. However, the Tiguan R never feels quite as thrilling or as keen to excite as many of its rivals, even if its spread of ability means it is a solid all-rounder. On this front, there’s 615 litres of boot space, while passenger room in the rear is good, helped by the Tiguan’s boxy profile. Style is subjective, but the chunky bodykit certainly gives the R presence. You also get a suitable level of kit. Matrix LED headlights and 18-inch brakes come as standard, while the sports seats are embroidered with R logos, and R-branded in the cabin. The eight-inch touchscreen works with the slick simplicity VW is known for, plus you get nav, Android Auto and Apple CarPlay. The 10.25-inch digital dash isn’t the best, but is customisable. The Volkswagen Tiguan R is a good all-rounder. It’s fast (if not all that economical) while it offers secure and predictable handling and plenty of easily accessible performance. However, it doesn’t serve up the same level of engagement as some of its performance SUV rivals at this kind of price, even if it does have the practicality and equipment boxes ticked.