Opinion: Indycar is set for a super season 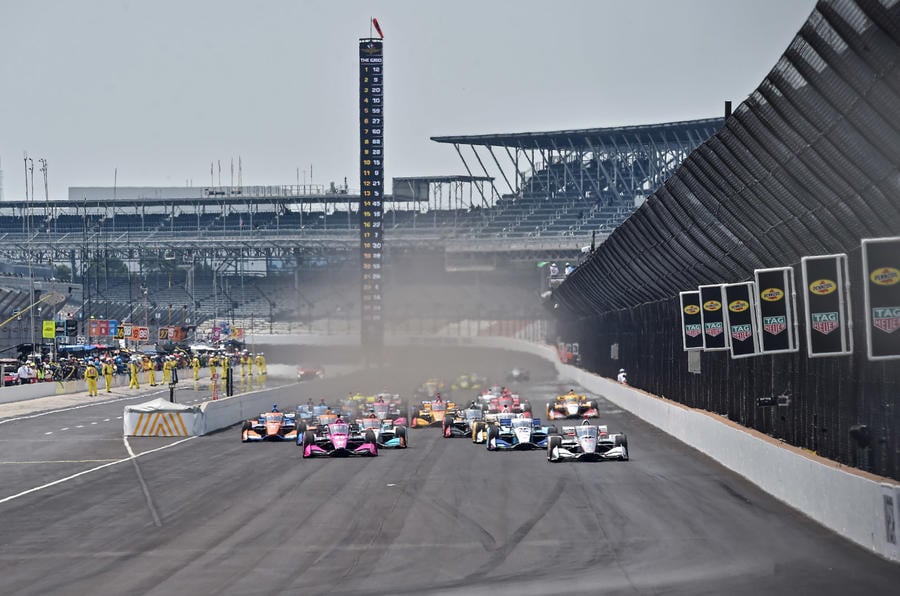 Five winners in five races, talented rookies and the iconic Indy 500. Get watching.

The ending may not have been perfect, but there’s no doubt Romain Grosjean produced one of the feel-good stories of the year in the recent Indianapolis Grand Prix.

Less than six months after suffering burns to his hands in a terrifying Formula 1 crash, the Frenchman qualified on pole for only his third Indycar race and then led for more than half of it, ultimately finishing second to a charging Rinus VeeKay.

After a decade of toiling in F1’s midfield, Grosjean seemed rejuvenated by a battle for first. And given the events in Bahrain last year, we suspect most onlookers were cheering for him. Certainly, it created plenty of attention for the Indycar Series heading into the Indy 500 showpiece this weekend.

Unfortunately, Grosjean won’t be contesting that race, as he’s tackling only the road course events on the schedule. That’s also the case with fellow rookie – or seven-time Nascar champion – Jimmie Johnson. The two drivers capable of drawing attention to a series that both needs and deserves more attention will be missing its marquee event of the year. There’s no Fernando Alonso this year, either.

But there are still plenty of storylines that will make the Indy 500 worth watching. For a start, the Indycar Series is wide open, with five winners from the first five races. And most of those winners represent a new generation of hugely talented racers. VeeKay is just 20, plus Álex Palou (24), Colton Herta (21) and Patricio O’Ward (22) have also won races and shown both superb race craft and laudable commitment.

It’s not all about youth, though. The other winner was 40-year-old Scott Dixon, who now has 51 race wins and six titles to his name. The Kiwi is chasing history, as he’s only one win away from matching the legendary Mario Andretti for second on the all-time wins list and one championship shy of AJ Foyt’s record seven.

There’s plenty of other veteran talent, too: this Indy 500 will include nine former winners, the most since 1992. Hélio Castroneves is back to bid for a record-equalling fourth win, while Juan Pablo Montoya returns to McLaren (or at least its satellite Arrows McLaren SP Indycar squad) to chase a third victory. And of course there’s last year’s winner, Takuma Sato, who has won two of the previous four Indy 500s.

Also don’t forget Brit Jack Harvey, who has truly looked capable of winning this year, nor Scott McLaughlin, who is proving that form in Australian Supercars can somehow translate to single-seaters.

And beyond that, well, it’s the Indy 500. This year’s race will be the 105th running of an event known as the greatest spectacle in racing for a reason.

After last year’s event ran behind closed doors, there will be a limited number of fans in attendance this weekend, plus plenty of pomp, pageantry, spectacle and tradition, from the pre-race anthem to the winner’s post-race bottle of milk. Even without Grosjean, it deserves our attention.