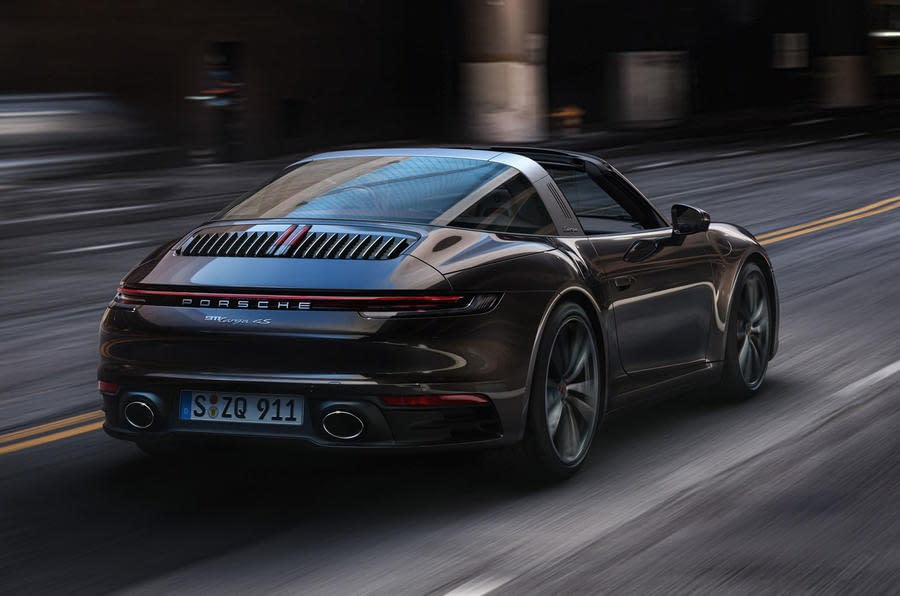 Popularity of semi-convertible 911 is apparently high, but does it make sense to keep developing them?

It’s a funny old thing, the 911 Targa. Porsche wasn’t the first to use the removable roof panel system, but it was the first to trademark the Targa name, on the 1966 911. Its purpose was to offer 90% of the wind-inthe-hair feel of a traditional drop-top, but without the structural floppiness and potential roll-over peril.

It was a successful formula, one that rival Ferrari also embraced from the 1970s through to the 1990s. But developments such as pop-up roll-over bars and better structural engineering diminished any objective benefit.

Only Porsche and Mazda offer both cabriolet and Targa variants of their sports cars today. Porsche now doesn’t mention any structural or handling benefits for the 911 Targa over the cabriolet, and with fabric roofs more refined than ever, arguably the Targa’s biggest selling point is that it keeps the 911’s famed rear-end shape intact, unlike the cabriolet. Certainly, the extra weight means Targa 911s still bring dynamic compromises.

The sports car market isn’t a growing one. And with regulatory changes, massive R&D spend, the rise of the SUV and the financial fallout of the pandemic still to come, will it make business sense to engineer two open-top 911s in future? The Targa might not stick around for another generation.

Rear-wheel-drive version of Porsche’s first EV slides into the record books. The Porsche Taycan has set a new world record of 42.171km for the longest...
Read more
Facebook