Peugeot’s seven-strong driver line-up for its return to the Le Mans 24 Hours in 2022 will include former Formula 1 racers Kevin Magnussen and Paul di Resta.

The French firm is currently developing a 500kW hybrid prototype for the new Le Mans Hypercar class, and will compete in the 24-hours classic and the full FIA World Endurance Championship next year. The machine will use a 2.6-litre twin turbo V6 mated to a front-mounted electric motor.

The seven racers will aid the machine’s development alongside their other racing commitments this year. Peugeot says they will “contribute actively” to the hypercard’s development, likely through simulator work, with on-track testing due to start later this year.

“We looked at all the endurance championships that have been organisers over the past five years,” said technical director Olivier Jansonnie. “We examined the speed, consistency and reliability of a long list of drivers because we are looking for a line-up that meshes together well, with an eclectic mix of upcoming youngsters and experienced campaigners.” 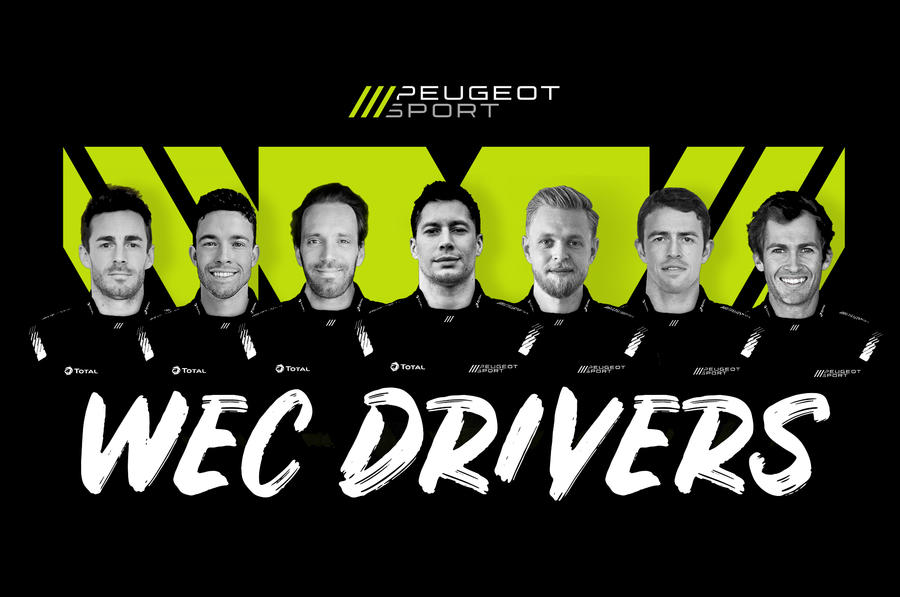 The most notable signing is Danish racer Magnussen, 28, who was dropped by the Haas F1 team at the end of last season. He is currently racing a Chip Ganassi Racing Cadillac prototype in the American IMSA sportscar championship.

Scot Di Resta, 34, competed in 59 F1 races with Force India, and has recently competed in the LMP2 division of the WEC, including a class win at Le Mans last year.

Duval, 38, drove in the works Peugeot team when the squad last competed at Le Mans. The Frenchman has also been a long-time Audi works driver, and won Le Mans with the German squad in 2013. His countryman Vergne, 30, is a former F1 racer and has become one of the star drivers in the electric Formula E series, winning back-to-back titles in the 2017/18 and 2018/19 seasons.

Danish racer Jensen, 26, is one of the least experienced of the squad, but has been racing sportscars since 2017. He has won the European LMP3 title, and is currently racing in the LMP2 class of IMSA. American Menezes, 26 is another LMP2 star, taking class wins in the WEC and at Le Mans with Alpine in 2016.