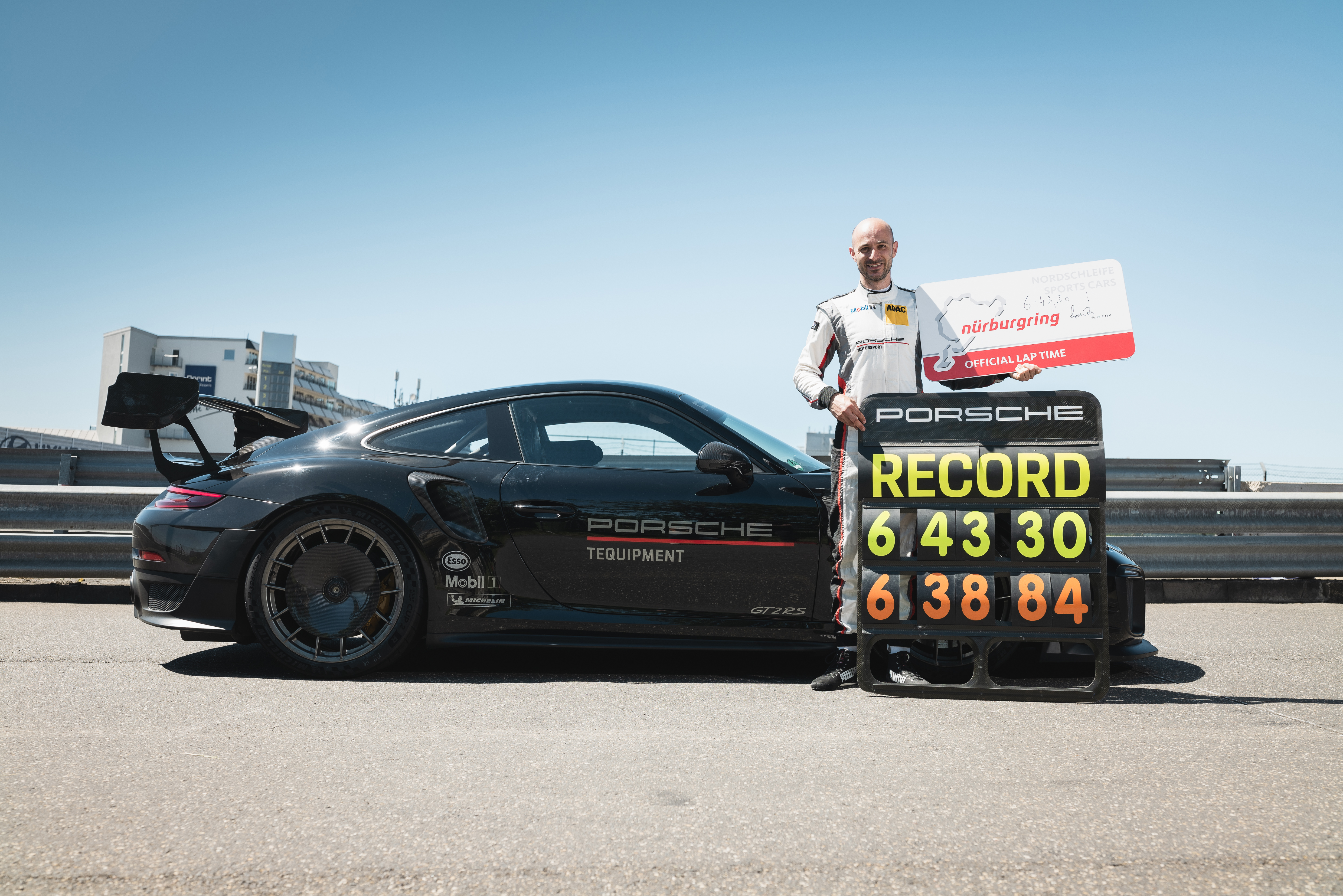 A Porsche 911 GT2 RS has broken the production car Nürburgring lap record by 4.747 seconds, taking the new time down to 6 minutes 43.30 seconds at an average speed of 185.87km/h. The previous time has been set by a Mercedes-AMG GT Black Series.

Lars Kern was the man behind the wheel, a Porsche works driver who’s becoming increasingly associated with the manufacturer’s Nürburgring efforts. Kern previously starred in a Panamera lap record and this year’s 992 GT3 run.

The new lap was set by a GT2 RS fitted with the Manthey Performance Kit, consisting of changes to the chassis, aerodynamic and brakes, all of which have been specifically designed for the GT2 RS.

Including the lighter magnesium alloys from the RS’s Weissach Package (offering an 11.4kg weight saving), the Manthey kit extends to additional flaps on the front spoiler, carbon underbody and additional air guide elements around the front wheels. At the back of the car, it features a new spoiler, modified diffuser and aerodiscs on the wheels. The overall effect is to increase front downforce from 49 to 70kg at 200km/h, and from 93 to 200kg at the rear. The brake changes run to racing pads and steel-encased brake linings, to reduce pressure variations along the linings. The coil-over suspension system has also been altered: the front and rear shocks feature three and four settings respectively, giving increased adjustability to the track-developed system.

“Our GT customers often use their cars on circuit, such as on track days,” said Frank-Steffen Walliser, vice president of the 911 and 718. “The engineers at Manthey and Porsche have together developed a perfectly tuned package that allows the 911 GT2 RS to deliver even higher performance.” It’s been a successful month for Manthey, who as Porsche’s factory-supported race operation won the Nürburgring 24 Hours earlier in June, marking Porsche’s 13th victory at the endurance classic.