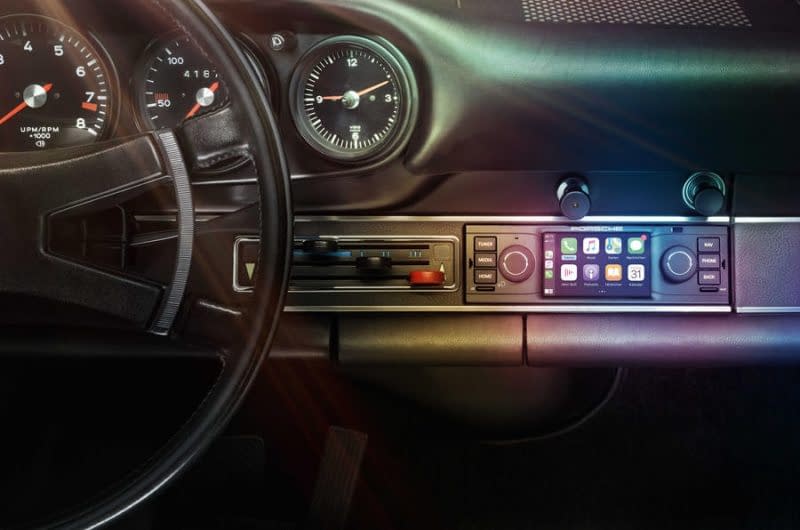 Porsche has launched a series of retrofit infotainment systems that add touchscreens and smartphone mirroring to some of its oldest models.

The Porsche Classic Communications Management system (PCCM) is designed to seamlessly replace the original radio in any classic 911 from the 1960s onwards, adding modern features such a Bluetooth, USB connectivity, DAB+ digital radio, an auxiliary input and Apple CarPlay, while retaining a period-correct look.

Each unit includes Porsche’s own navigation and mapping, while physical dials and buttons blend in with the rest of the original dashboard.

Two models are available: a single-DIN unit, compatible with classic 911 models from the 1960s through to the final air-cooled 993-generation cars, and a double-DIN version for 996-generation 911’s and 986-generation Boxster models.

The larger unit gets a 7.0in display, up from 3.5in in the single-DIN model, and gains Android Auto compatibility – making it the first official Porsche product to do so. Previously, the company had said the majority of its customers owned iPhones, so there was no need to add the feature to its line-up. 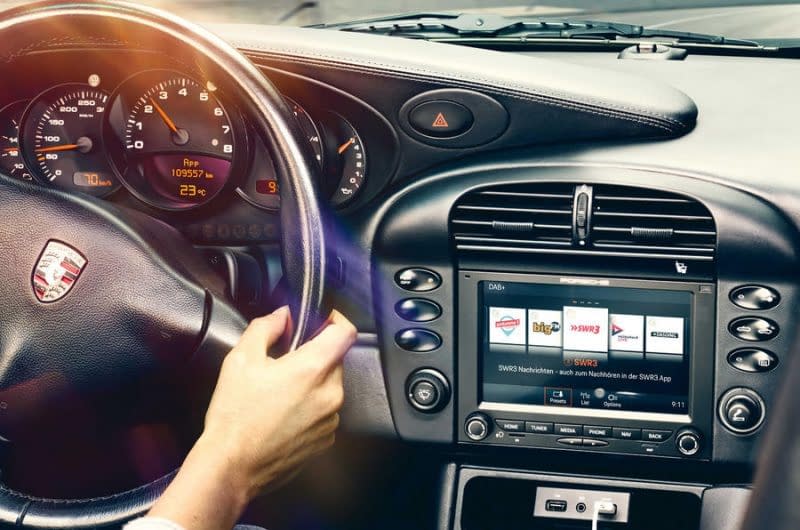 The range is intended to capitalise on the large number of classic Porsche owners, as well as the growing trend for restomodding classic cars with modern mechanicals, interiors and technology.

Prices start from $2643.10 for the single-DIN unit and $2968.33 for the double-DIN version, with Porsche suggesting owners opt for installation at one of its Porsche centre workshops. 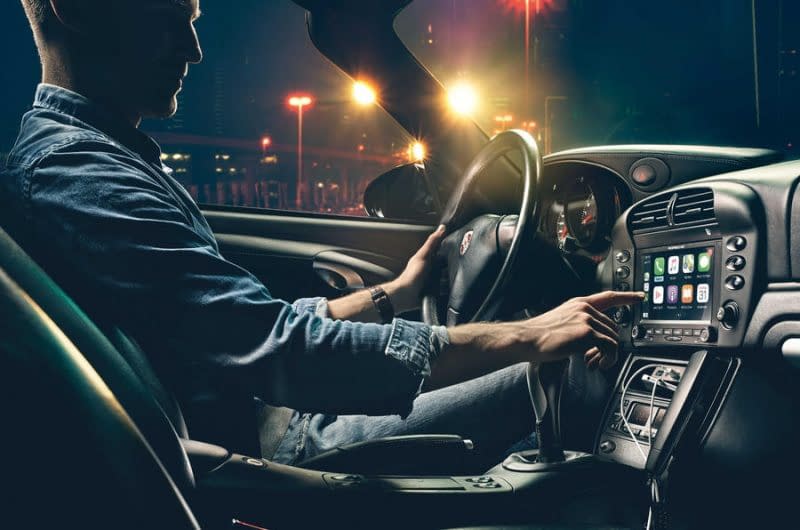 This is the second time Porsche has sold a retrofit stereo upgrade. The navigation radio by Porsche Classic, launched in 2015, offered mapping and Bluetooth, but it lacked any kind of smartphone connectivity.

Can the Taycan match the staying power of its iconic predecessor?
Read more
Facebook