The new off-road competitor is based on the Land Rover Defender 90, with the standard car modified to improve safety and durability for competition in Bowler’s own one-make championship – and some of the cosmetic parts Bowler has engineered as part of the project could even be sold as aftermarket extras to Defender customers to help upgrade the look of their cars. 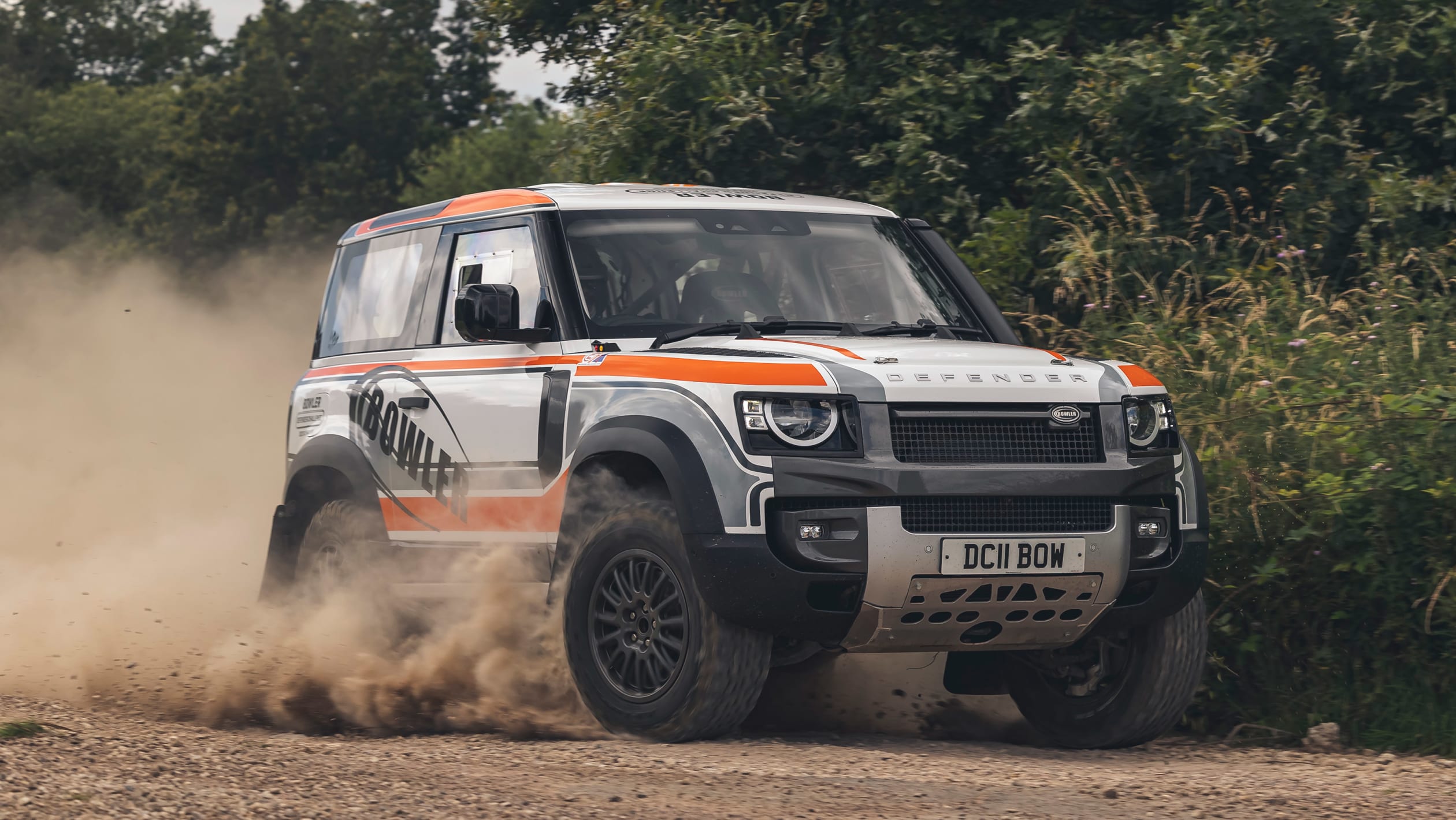 Neither the engine or transmission have been modified to help keep costs down and the package more approachable to novices, but to prepare it for competition the interior is stripped back and an FIA-spec roll cage has been installed for added safety and improved rigidity.

Full-length underbody protection is also fitted, and a redesigned front end allows for improved engine cooling. It’s here that elements of the new front-end design – including the redesigned bumper and grille, along with a new rear spoiler – could be offered as aftermarket extras in the future, according to the company. The engine does give a fruitier soundtrack thanks to a Bowler sports exhaust system, while stiffened engine and gearbox mounts feature, along with extra chassis bracing to minimise body flex over rough surfaces.

The front and rear suspension subframes have also been strengthened, while the chassis uses bespoke adjustable Fox suspension dampers that raise the ride height by 25mm. The Defender Challenge also rides on rally-spec 18-inch wheels wrapped in all-terrain tyres. Inside, a raft of new systems have been integrated into the standard car’s electrics, including fire protection, electrical cut-offs and controls for additional exterior race-spec lighting.

Racing bucket seats and a quick-release steering wheel have also been fitted, with the gear selector being repositioned for improved ergonomics. Bowler has also added a column-mounted paddle shift system with a focus on usability in competition. In 1985, Bowler began its long-lasting association with Land Rover, having set about modifying a Series 1 model to go rallying. The project was a considerable success, and Bowler began receiving orders for more competition-spec Land Rovers.

Since then, Bowler has become synonymous with rally-prepped Land Rovers, from the Series 1-based Tomcat to the Range Rover Sport-derived EXR, and the company was acquired by Jaguar Land Rover in 2019, forming part of its Special Vehicle Operations division. The relationship has gone from strength to strength since and has made this new project possible.

The Bowler Defender Challenge will run as part of a single-maker series for 12 owners, competing over seven UK-based rounds. Each car will be prepared by Bowler, with a full support team and optional driver training for those new to off-road competition. The series commences in March 2022 and aims to cover a wide mix of rally conditions across all seven events. Prices for the Bowler Defender Challenge start from the equivalent of $187,500 in the UK, with entry to the 2022 series included in the asking price.