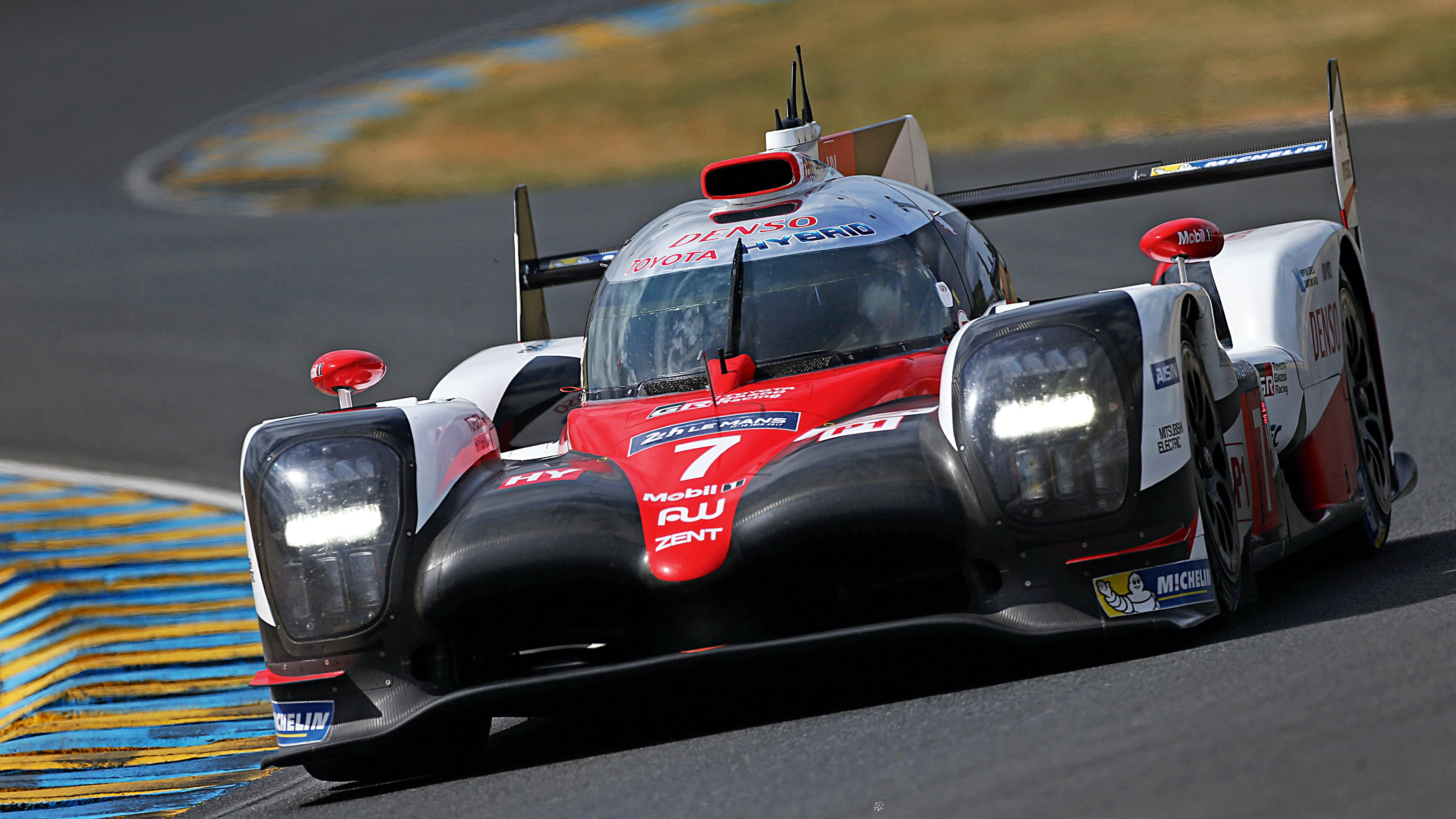 We look back at Kamui Kobayashi’s amazing 2017 qualifying lap in our series on great moments from motorsport history.

We’re looking back at some of the great cars, drivers and races from motorsport history. Our first instalment goes back just a few years to 2017, when Kamui Kobayashi broke the lap record at the Circuit de la Sarthe in qualifying for Le Mans.

Among motorsport fans, the Group C era of the eighties and early nineties is often held up as the pinnacle of sportscar racing, with the annual pilgrimage to Le Mans in France for the 24-hour race its centrepiece. Iconic, wedge-shaped machines from Porsche, Jaguar, Peugeot, Toyota, Lancia, Mazda, Mercedes, Nissan and more did battle there and at circuits around the world. 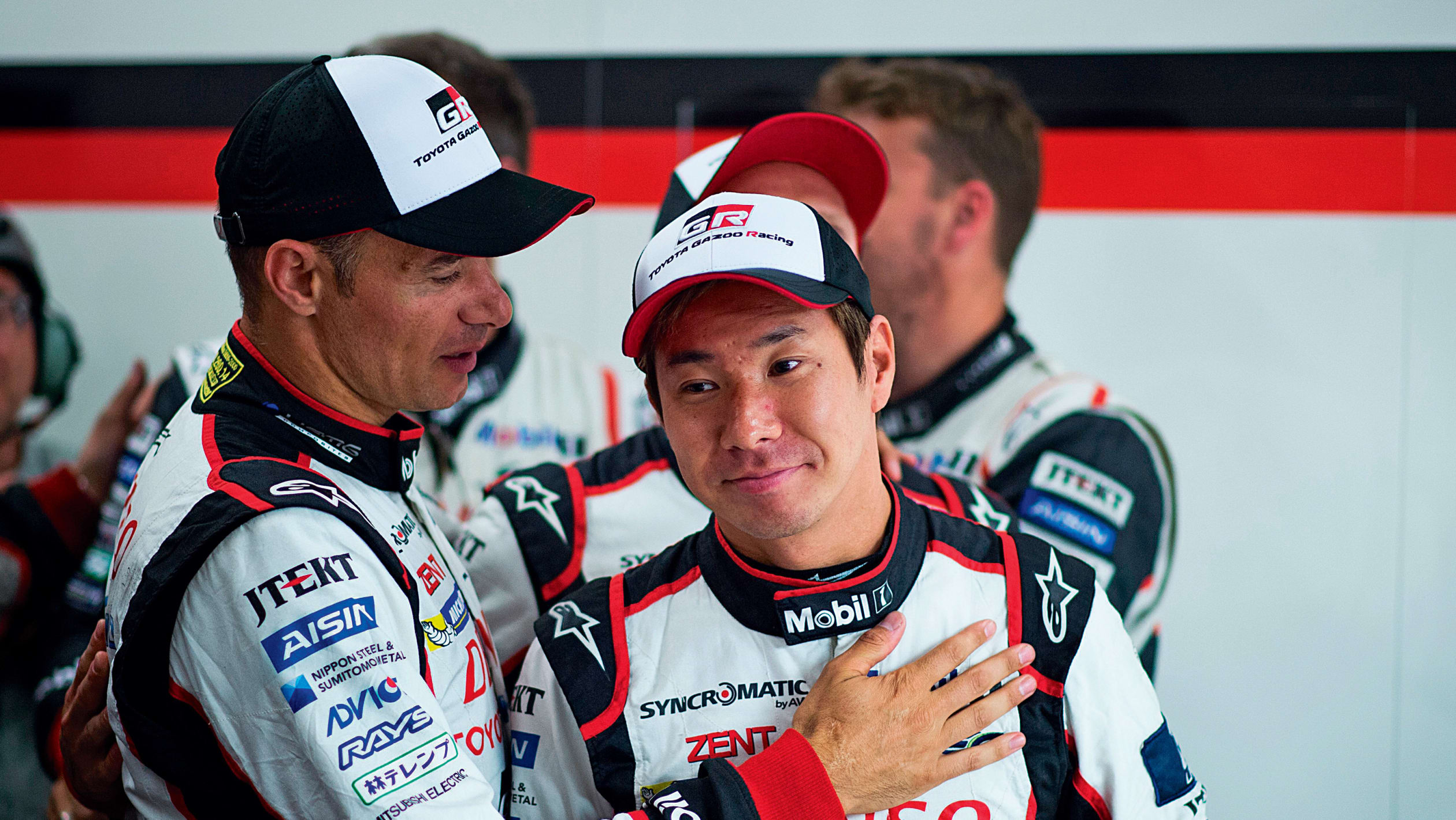 During the nineties, sportscars suffered a downturn, with entry numbers for Le Mans tumbling and teams contesting regional series. Things picked up towards the end of the decade, with works entries from Porsche, BMW, Toyota and Nissan. But Audi’s arrival in 1999 kickstarted the revival towards the LMP1 hybrid era, which in years to come should justifiably be looked back on with the same reverence as Group C.

While there wasn’t the same big variety of cars, the petrol and diesel LMP1 hybrid racing machines created by Toyota, Audi, and Porsche must count among the most spectacular and sophisticated cars ever to grace a circuit. They brought advanced aero, jaw-dropping cornering speeds, mind-bogglingly complex hybrid systems and dizzyingly fast straight-line acceleration.

It’s hard to pick a single highlight from the three-season 2014-2016 heyday of fierce Audi vs Porsche vs Toyota rivalry, but it’s actually a moment from Le Mans 2017, after Audi had pulled out and in Porsche’s final year of competition, that stands out most for me. “Qualifying doesn’t matter in a 24-hour race” is the oft-repeated refrainin the week leading up to the big event, but for one incredible lap on that Thursday evening, it did. I was in the press room at Le Mans at the time, and it was an unforgettable few minutes to witness.

Following a stoppage for barrier repairs after another car crashed, Toyota got the #7 TS050 Hybrid out of the pitlane with ex-Formula 1 driver Kamui Kobayashi at the wheel at the perfect time, so he’d encounter almost no traffic on his qualifying attempt. As the time at the halfway point of the lap flashed on the screens, 1.6 seconds up on the previous best, the noise and chatter in the room abated and heads turned upward to watch the TV monitors closely.

Even after several years watching, you still got the impression footage had been sped up as these cars darted left and right through chicanes. Kobayashi’s progress in the first three-quarters of the lap was both smooth and flawless, but as with any tour of La Sarthe, the spectacular element was through the sweeping Porsche Curves.

The combination of sheer speed allied with limpet-like grip was goosebump-inducing, and the car remained composed as it bumped neatly over the kerbs of the Maison Blanche and Ford chicanes, before catapulting up the famous pit straight. 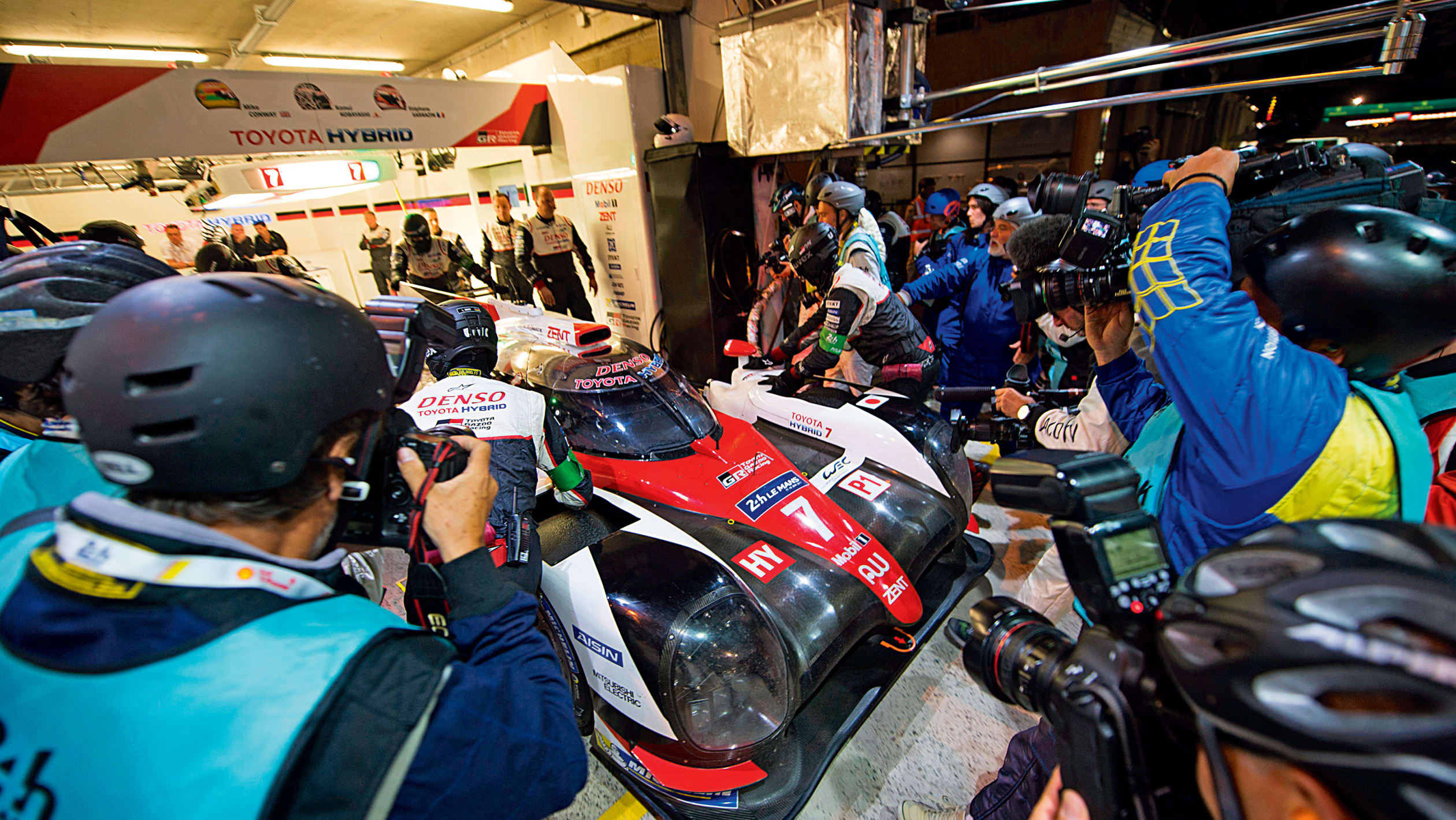 A wave of cheers and gasps erupted in the pressroom as the final time flashed on the screens. Helped by tailwinds on the Mulsanne Straight and headwinds through the Porsche Curves, Kobayashi not only took pole, but also annihilated the existing lap record. His 3:14.791 remains the fastest time with the current track configuration, more than two seconds faster than the previous record, set by Porsche’s Neel Jani in 2015.

Later in the week, the 2017 race provided a reminder of just how hard the works LMP1 teams were pushing to beat each other, as the #2 Porsche, which had a lengthy pitstop early on, fought back up the order to win, while its rivals – including its sister #1 car and all three Toyotas – hit trouble.

Cars from the LMP2 category thus filled the other positions on the overall podium, adding a further element of historical note to an already extremely memorable event.

With Toyota set to stay in the city car class, the Aygo X prologue concept gives us a good idea of how the next...
Read more

Name changes and new owners blur the lines when it comes to who's who on a Grand Prix grid. Question: how many grands prix has...
Read more
Facebook