It’s funny to think that, 30 years ago, the Lamborghini Diablo was the fastest thing any of us had known. More powerful than either a Ferrari F50 or Porsche 959, it was a new level of road car performance. Because today it seems like no kind of landmark at all, barely even a marker post on the journey of the ultimate performance car from past to present. Why? Because it was merely a traditional supercar only more so, the Spinal Tap of hard-rocking, hard-driving machines, so busy turning its amps up to 11 that it didn’t notice the new generation of thrash metal merchants setting up on the next stage. Which then blew the poor old Diablo into the mosh pit. One after another they came – Jaguar, Bugatti, McLaren – and by the time they were done, an entire new class of ultra-high-performance hypercars had been created, a class to which it did not belong.

My memories of Diablos? Usually stuff going wrong in them. I crashed an SE30 into a traffic cone at 290km/h on a runway when a crosswind blew it into my path. That hurt, but thankfully only the car. I spun an SV between two massive concrete blocks lining the perimeter of a steering pad after the photographer had asked for “one more skid’, and I drove a Roadster clean off the road trying to do another cornering shot somewhere in Italy, down into a field, across said field and back on to the road. It’s probably the only time I’ve been grateful to have had four-wheel drive in a supercar. 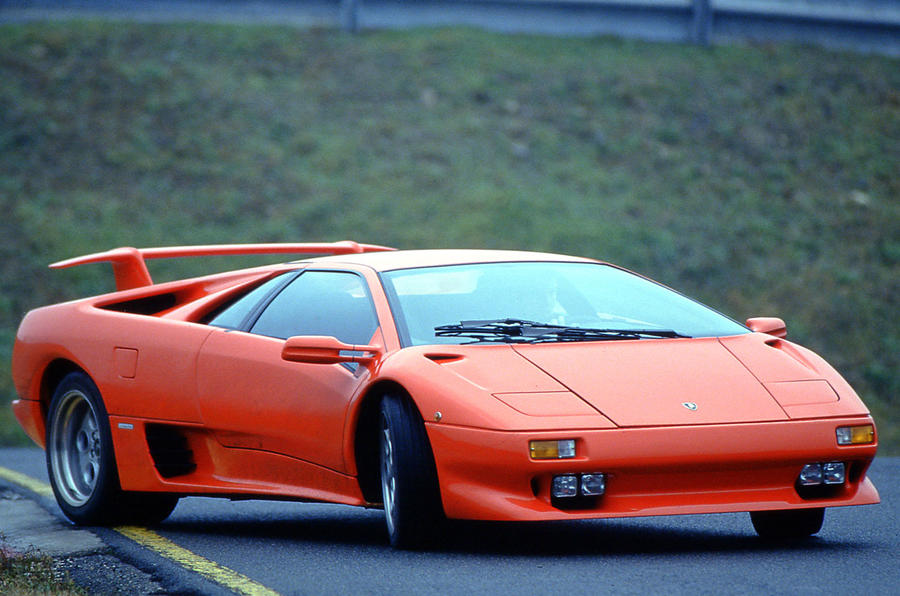 But I still really liked them, or at least the rear-drive versions. They have an old-school charm about them, a brawny honesty I always appreciated. Want to know what a Diablo is like to drive? Just look at it and imagine. It drives exactly like that.