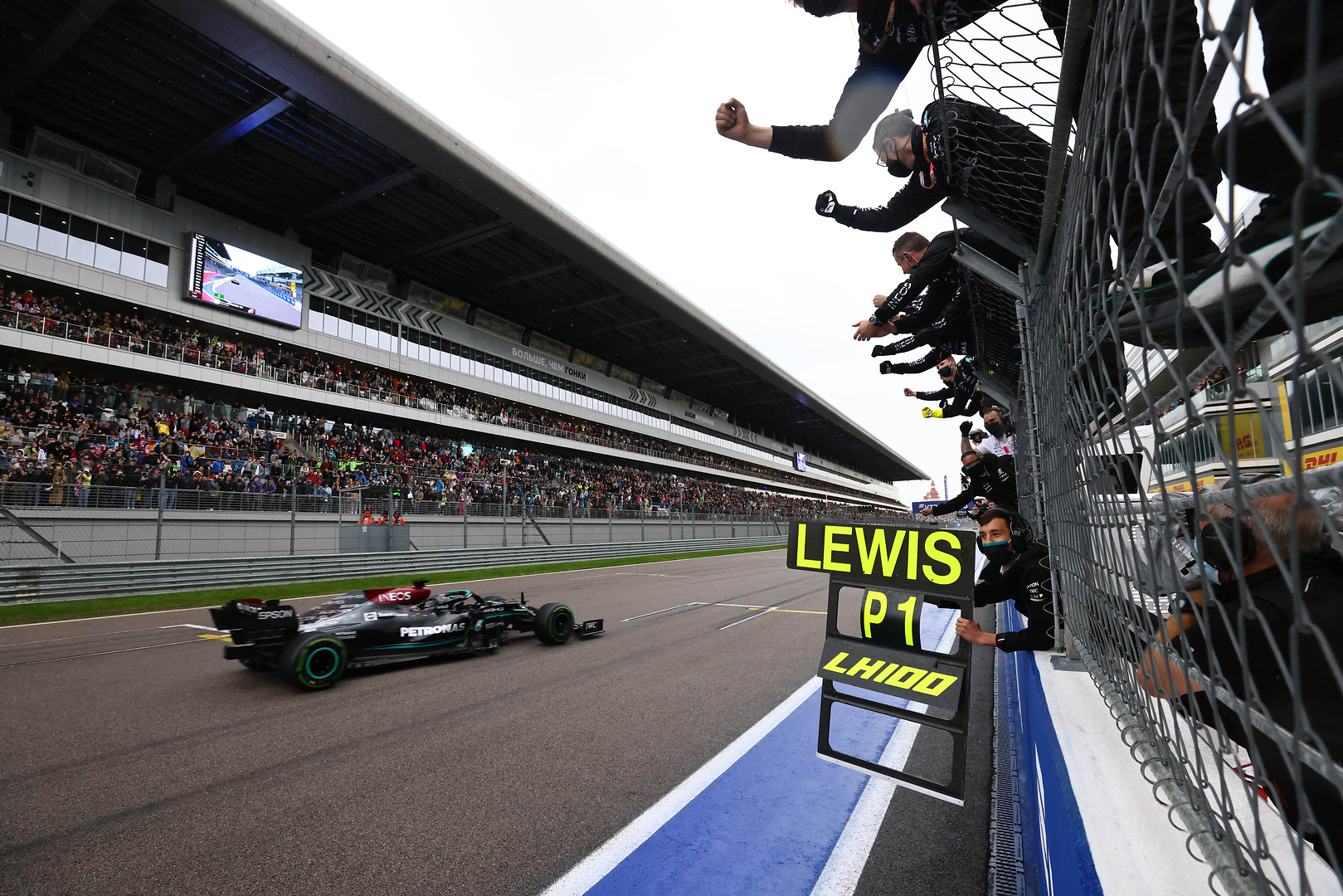 Lewis Hamilton has further ensured his status as the most successful Formula One driver with his 100th victory in the Russian Grand Prix, ahead of his title rival Max Verstappen and the Ferrari of Carlos Sainz.

Statistically, it moves him even further beyond every other Formula One driver as he chases what would be a record-breaking eighth world title – Michael Schumacher is the next most successful with 91 wins and then it’s a huge gap back to Sebastian Vettel on 53.

It’s the latest in a long line of record-breaking achievements for Hamilton, as he also notched up his 100th pole position earlier this year. One of the few not currently held by the Briton is most races with a single constructor (in his case with Mercedes-Benz), but he will pass that this season, assuming no more Covid-disruptions. It comes after a topsy-turvy weekend, where a wet qualifying session meant a mixed grid and a maiden pole position for McLaren’s Lando Norris, ahead of the Ferrari of Carlos Sainz and George Russell in his Williams. Hamilton lined up fourth.

Norris might have sealed his first ever F1 victory after a stunning race that he largely controlled from the front after passing Sainz 13 laps in, but a late rain shower caught him out. While others around him changed for intermediates, including Hamilton and Verstappen, Norris opted to stay on slicks. It proved an agonising decision, as the rain increased in intensity and the McLaren driver was powerless to stop Hamilton sweeping past for the win. Norris eventually ended up seventh – not the reward his performance deserved.

Hamilton’s title rival Max Verstappen was one of the first to pit for intermediates, a crucial decision as it allowed him to vault from seventh to second. As a result, he leaves Russia with only a two-point deficit to Hamilton in the overall championship, despite starting from the back of the grid thanks to an engine change penalty.