What is WLTP emissions testing?

WLTP is a new testing procedure aimed at producing more real-world figures for fuel consumption and emissions than the outgoing one, NEDC (New European Driving Cycle). NEDC had been in play since the 1980s and, despite minor updates along the way, became outdated due to changes in technology and driving conditions. 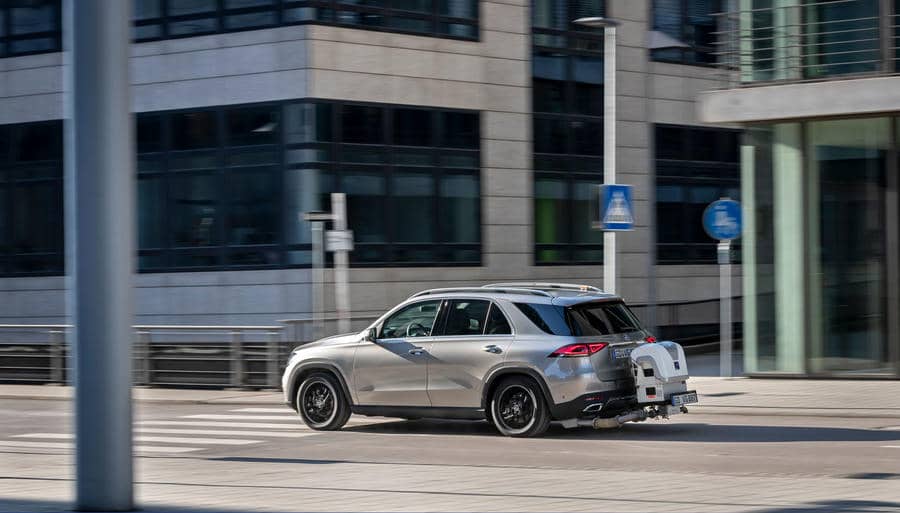 Meanwhile, WLTP had been under discussion since 2008, with plans to finalise its regulation by 2018 and launch it by 2023. Then the Dieselgate scandal happened and the European Commission decided to accelerate the process, which gave car makers just 13 months to overhaul their models and complete all testing. WLTP became mandatory from 1 September 2018 for measuring CO2 emissions and fuel economy on all new cars in the EU. 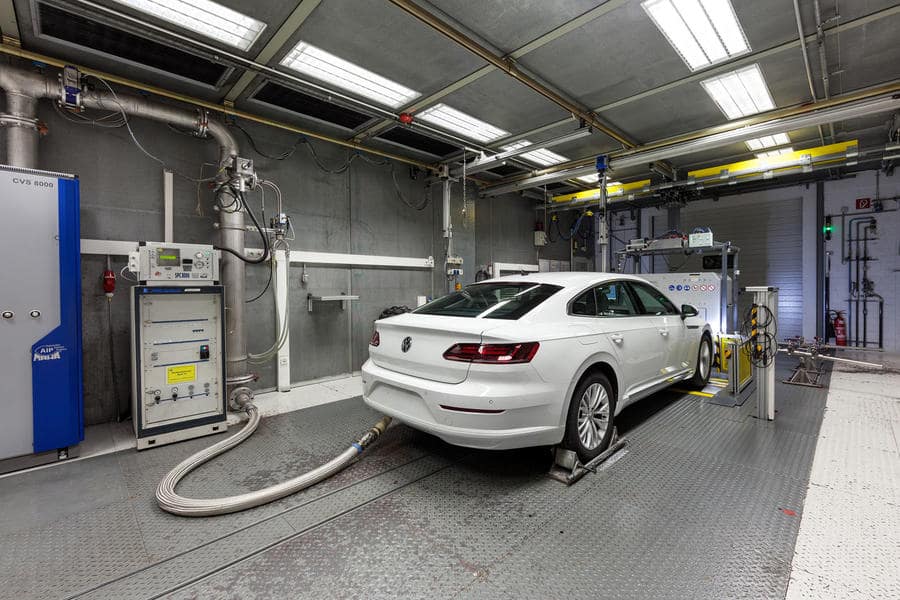 As a result of this shortened time frame, manufacturers fell into trouble in 2018 as demand at test centres bottlenecked. It meant many new vehicles weren’t ready to be sold from September, which sucker-punched the car market. Particularly hard hit were Volkswagen Group models. In September, Volkswagen’s European sales fell by 53% and Audi’s dropped by 60%, and the flow on effect meant Australia received limited stock and model to choose from. The problem was exacerbated by a crucial difference between WLTP and NEDC. WLTP requires significantly more testing to provide individual data for every variant of a vehicle, which wasn’t needed for NEDC. If you’ve noticed that the number of options on cars have been dramatically reduced and equipment ‘packs’ have increased, that’s why.

How does the test work?

The WLTP test procedure looks identical to the NEDC process, carried out on a rolling road in laboratory conditions, but that’s where the similarities end. While the WLTP test itself takes only 30 minutes, as opposed to the NEDC’s 20, the whole process can take up to five days, more than double that of its predecessor. 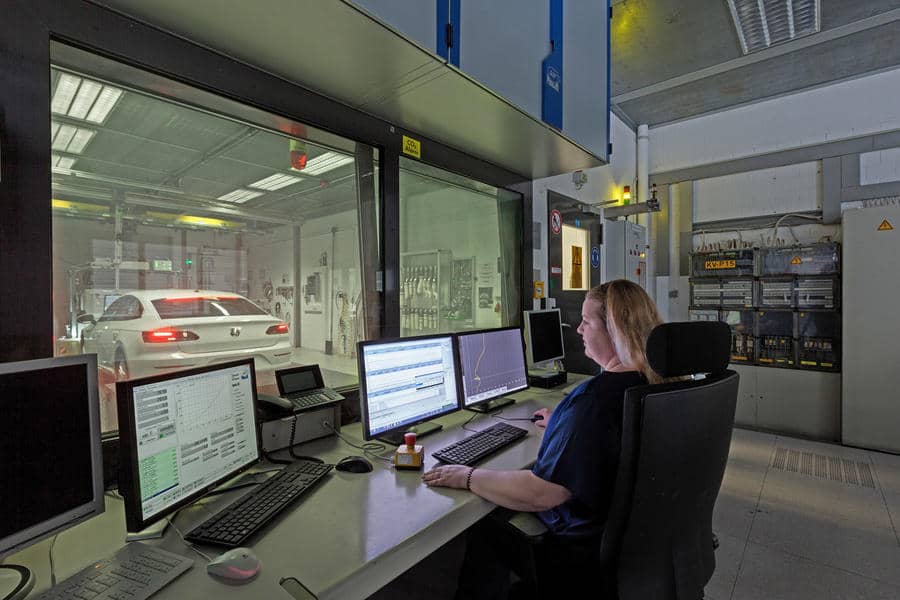 To reflect real-world conditions, temperature is set at 23-degrees Celsius and, given that warmer temperatures put less load on a vehicle, there is another test for European vehicles at a more representative 14C.

The other major difference concerns gearchanges during the test. In NEDC, there were fixed points for gearchanges; in WLTP, there are different gearshift points for each vehicle.

So how does all of this affect the figures? According to AutoDaily’s partner What Car?, the average gap between WLTP fuel economy and its own real-world test data is 4.9%, compared with a difference of 23.5% under the NEDC cycle.

That’s WLTP in a hard-to-crack nutshell. But there’s something else: RDE. The Real Driving Emissions test, also introduced in September 2018, measures particulates and nitrogen oxides and backs up the results of a WLTP test. It takes place on public roads with a portable emissions measurement system. The 1.5- to two-hour test (over around 80km) has an equal split of urban, rural and motorway routes, takes into account stops/starts in towns and must exceed 90km/h on appropriate roads. Essentially, it’s a validation exercise for WLTP results (which also note NOx and particulates).

The goalposts for RDE will keep moving, too. For example, at the moment, manufacturers must sign a legal document stating that the RDE results can be achieved in certain conditions, such as an altitude of up to 700 metres. From 2021, that will extend to 1300m. The gap between the WLTP and RDE figures must also decrease over time.

From April 2020, a second step, RDE2 – which means lower NOx levels than are acceptable today – has become compulsory in Europe.

Why should I care?

The purpose of WLTP was to provide better data and improve consumer confidence, not only in demonstrating transparency – crucial in a post-Dieselgate world – but also to aid buying decisions.

The five WLTP cycles (low speed, medium speed, high speed, extra high speed and combined), which should be listed for every new car on sale, are intended for buyers to check against their most typical journeys.

The testing of all model variants will also help to inform car buyers. Previously, the best-case figures were used for an entire range, but now consumers will be more aware that a top-of-the-range trim level could be far less efficient in terms of economy and emissions than the entry-level equivalent.

For those in the market for a new car, previous supply issues should now be resolved. There is an additional stage in the transition to WLTP that will take place later this year, but it does not require further testing so should make no difference to car buyers.

It’s a challenging and confusing time, then, for car makers and buyers alike. But within a year, conversion to WLTP will be complete, and the industry should be a fairer, more transparent and greener place for it.

The aim of the Worldwide Harmonised Light Vehicle Test Procedure, as the name suggests, is to create a global standard for emissions testing. Trouble is, it’s neither worldwide nor harmonised.

To start with, North America hasn’t adopted the system, instead continuing with its own CFE tests. Other countries, including major markets such as Russia and Brazil, are still using NEDC or alternatives.

Even those regions that have adopted WLTP have adjusted it to their own needs, making it far from harmonised.

For example, with lower average speeds in Japan, its WLTP test doesn’t include the highest-speed cycle, and calculates figures for hybrids differently. The result is a fuel economy figure more accurate for Japanese usage, but different from Australia.

India has also adopted WLTP, but excludes the fastest cycle due to lower average speeds, and adopts a different baseline temperature (to account for the country’s higher average temperatures).

Meanwhile, China is due to adopt WLTP tests for fuel consumption after 2020 – but is likely to use them as the basis for its own China Automotive Testing Cycle (CATC).

As a result, a test scheme designed to reduce complexity has arguably created more – and that’s before you consider the multiple ways different authorities have to calculate fleet emission targets…

The emissions test centre at Mercedes-Benz’s Stuttgart facility in Germany has never been busier. Since the introduction of the WLTP and RDE tests, the lab has operated three shifts a day from Sunday evening until Saturday.

It’s a big operation: while the test procedures take only a few hours, a car can be in the lab for weeks while preparation, testing, checks and verification are done.

When each car arrives, it is situated in a large indoor parking area (the biggest in the lab can house more than 100 cars) to be pre-conditioned – or ‘soaked’ – to a set temperature (ranging from –7C to 23C, depending on requirements).

The dynamometer chambers where WLTP and other tests are conducted are also kept at set temperatures (23C for most European tests).

After the test, each car is locked in a shed. Sorry, a SHED (Sealed Housing for Evaporative Emissions), where evaporation levels can be measured.

For the RDE test, each car is fitted with a Portable Emissions Measurement System (PEMS) and taken on a set route that lasts between 90 and 120 minutes on various types of road.

The data recorded by the PEMS is then processed to account for ambient temperature, altitude and other factors. The results are sent directly to regulators for certification.

Those regulators can visit the lab at any time for checks. To prevent conflicts, Mercedes-Benz’s test staff only test vehicles, and have no development role.

Electrified vehicles are particularly onerous: rules stipulate that dyno tests must run until the combustion engine kicks in (for hybrids) or the battery is drained (for EVs). For the EQC, fitted with an 80kWh battery, that took more than 15 hours.

This creates another challenge: WLTP dyno tests must be completed by human drivers, but labour laws stipulate that drivers must change every two hours. It takes three shifts of workers to test an EQC.

The lab does emissions tests for cars in multiple regions, running tens of thousands of tests each year. And while testing isn’t done on Sunday, don’t think the lab is quiet: that’s when maintenance work is done on the equipment.

How car makers are being greener