The force of nature that was F1 legend Sir Frank Williams 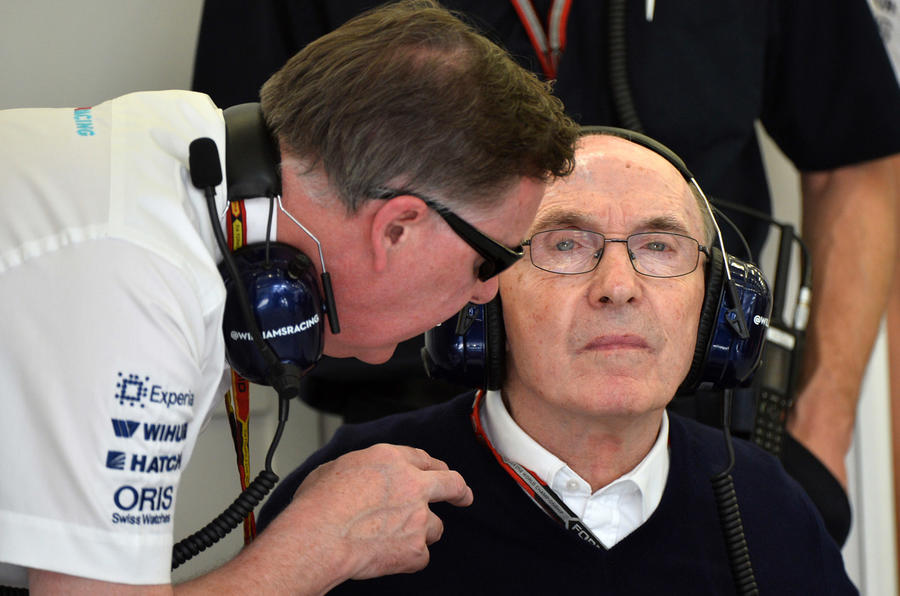 Sir Frank Williams, who has died aged 79, will be remembered to the wider world as one of Formula 1’s greatest team owners who overcame tremendous personal challenges to dominate grand prix racing on his own terms.

To those who knew and worked with him, Frank was also a force of nature, a driven man with huge reserves of energy who was not so much in love with motor racing, but more accurately utterly obsessed with it.

Reel back to the 1970s when he struggled through a string of team iterations to gain a foothold in F1, and Williams was something of a paddock joke. His peers liked him because he was fantastic company – but respect came much later. The key that unlocked his latent success was the most important professional relationship of his life: the one he forged with likeminded Patrick Head, the technical driving force that would lead Williams to its nine constructors world titles, seven drivers’ crowns and 114 grand prix victories. By the end of the decade, when Head’s superb FW07 ground-effects F1 car truly hit its stride, no one was laughing at Frank any more – and they never would again.

The boss found the money, struck the deals for engine supplies and signed the drivers, forging a strong bond with some (but by no means all) of them. He and Head co-founded Williams Grand Prix Engineering in 1977 and the following year, with the neat but conventional FW06, Frank began to make his mark with Australian Alan Jones in the cockpit. Forthright both in and out of the car, Jones set the archetype of the ideal Williams F1 driver. It’s probably true that Frank and Patrick never found one they enjoyed working with more and in 1980 Jones became the first Williams world champion. He was followed by Keke Rosberg, Nelson Piquet, Nigel Mansell, Alain Prost, Damon Hill and Jacques Villeneuve – and they all owe Frank and Patrick a debt of gratitude. Through the 1980s the team’s fortunes waxed and waned with the quality of their engine supply, Honda turbo power reviving its fortunes mid-decade as Mansell and Piquet went toe to toe. The Mansell years were defining in the eyes of some, over two successful but at times stormy periods. Williams brought the best out of Nigel, certainly on track – even if on a personal level the team often found him hard work. Mansell’s title year in 1992, with the FW14B laden with perfected electronic driver aids, marked the beginning of Williams’s greatest and most prolonged period of success. But it says much about Frank’s management style that of their world champions, four – Piquet, Mansell, Prost and Hill – wouldn’t stick around to defend their crown.

The car accident that confined Williams to a wheelchair and a life of monumental physical hardship happened in 1986. It says everything for Williams, both the team and the boss, that such a devastating (and self-inflicted) blow couldn’t derail an F1 colossus. As Frank described it, his injuries just meant “a different kind of life”, a phrase his wife Ginny used for the title of her book about life with this remarkable, but also difficult, man.

The death of Ayrton Senna in one of their cars in 1994 cast a long shadow that neither Frank nor Patrick could ever escape. But as is the F1 way, they pressed on regardless. A new partnership for the new millennium, with BMW, promised fresh glory, and certainly more race wins followed – but there were no more titles. The dogged Williams independent streak led to divorce with the German car maker, and the team never recaptured the form that had once made it appear invincible. The sad decline and Frank’s part in it cannot be denied and, after years of struggle, the Williams family finally sold off its interests in the team last year.

But the last years and Frank’s increasing ill health is not how most of us will remember this giant of F1. It’s the sparkling smile (both pre- and post-1986), the glint of steel in the eye and the absolute devotion to his life’s work that represents the core of Sir Frank Williams. F1 will never see his like again.