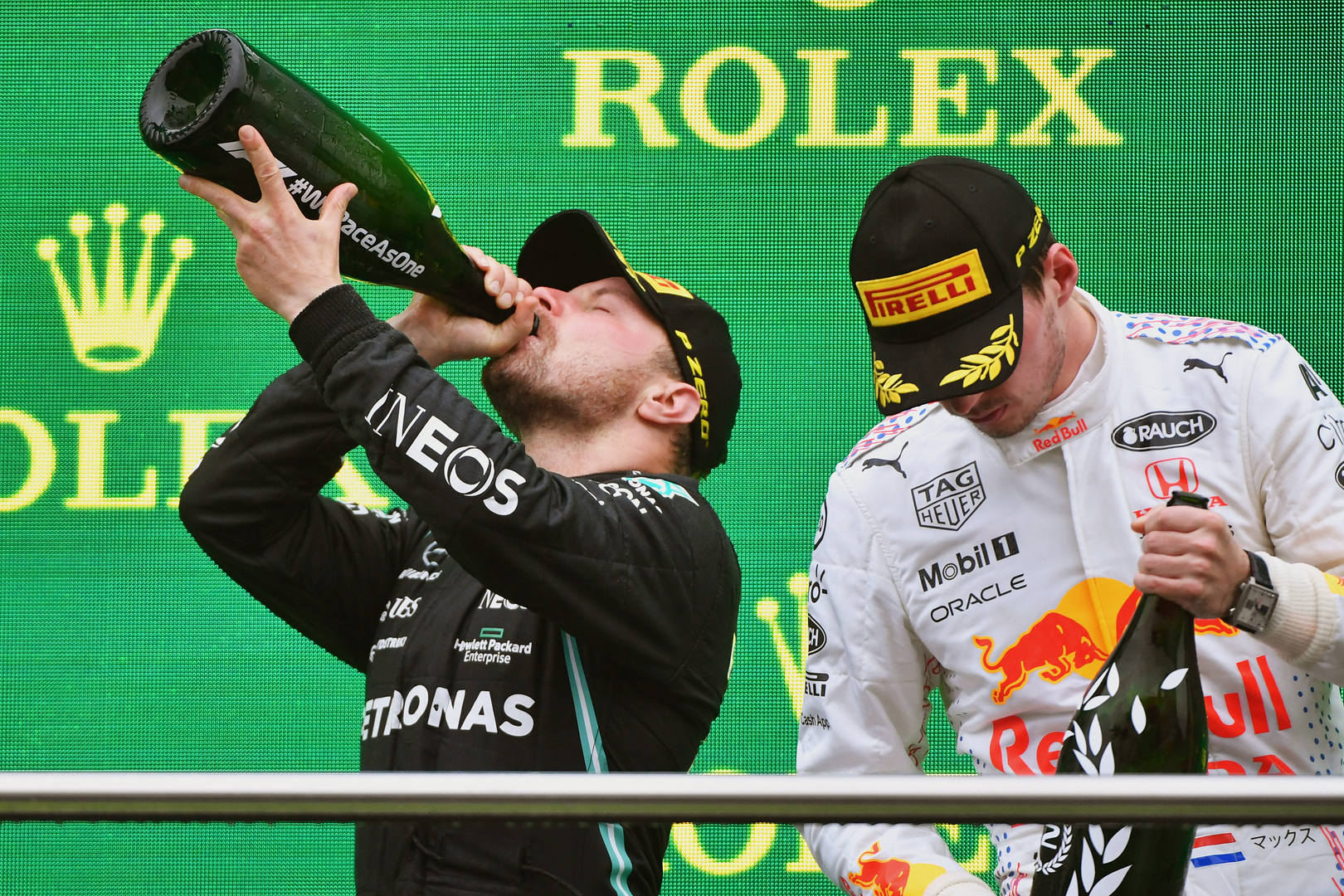 Valtteri Bottas has won the Turkish Grand Prix, with a commanding performance to finish ahead of the Red Bulls of Max Verstappen and Sergio Perez.

Lewis Hamilton ended up a frustrated fifth behind the Ferrari of Charles Leclerc, which puts Verstappen back in the championship lead by six points with six rounds left.

After Hamilton was forced to take a grid penalty for an engine change ahead of the weekend, bumping him from the pole position he earned back to 11th, it was up to Bottas to minimise the damage to Hamilton’s title chances by making sure that Verstappen didn’t win. The Finnish driver delivered a perfect script, leading comfortably from the start and controlling the race well. Leclerc threatened to rain on his parade at one point, staying out on his intermediates when the vast majority of the field had pitted, but the Monagasque’s tyres started to go off, Bottas closed him down and swept past with 11 laps remaining. From there, he was never threatened, eventually finishing a comfortable 14.5 seconds ahead of Verstappen. It was Bottas’s first win since the Russian GP in September 2020. 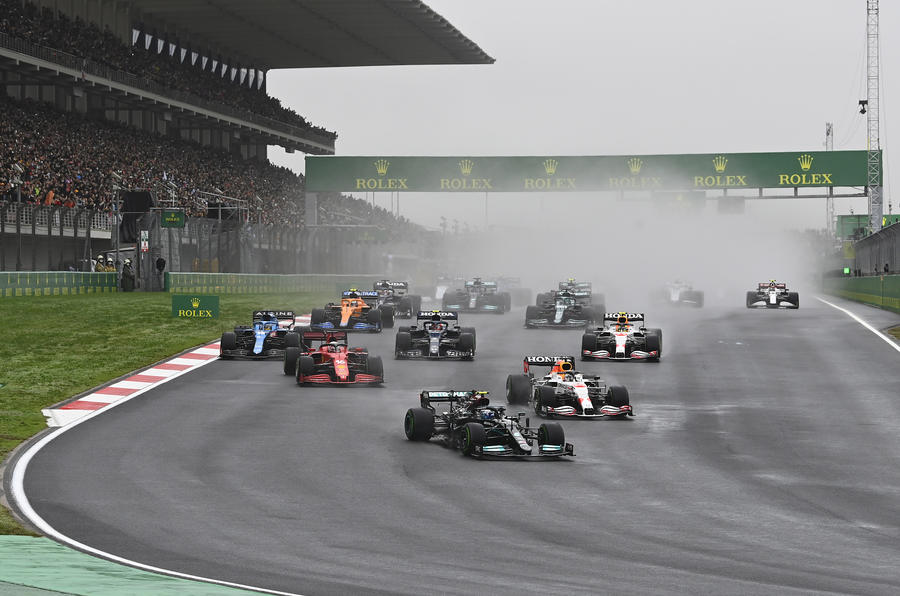 For once, the Mercedes looked to have the measure of the Red Bull over a GP weekend, with the German cars lining up one, two on the grid and looking comfortably quickest in practice as well. Despite his grid penalty, Hamilton had worked his way up to third by the closing stages, partly thanks to some punchy overtaking manoeuvres and partly because he never pitted for fresh tyres. That would have left him just one point adrift of Verstappen.

But his Mercedes team forced him in on lap 51, worried that the chasing trio of Leclerc, Perez and Pierre Gasly might have got past Hamilton on the road or, worse still, his fading intermediate tyres would have let go before the end of the race. Fearing a catastrophic DNF, the team made him pit. A clearly frustrated Hamilton vented on the radio during the closing stages, but social media images after the race showed Hamilton’s tyres were virtually bald. Who was right? We’ll never know, but in such a tight title race, it’s these marginal calls that could make or break Hamilton’s chances.