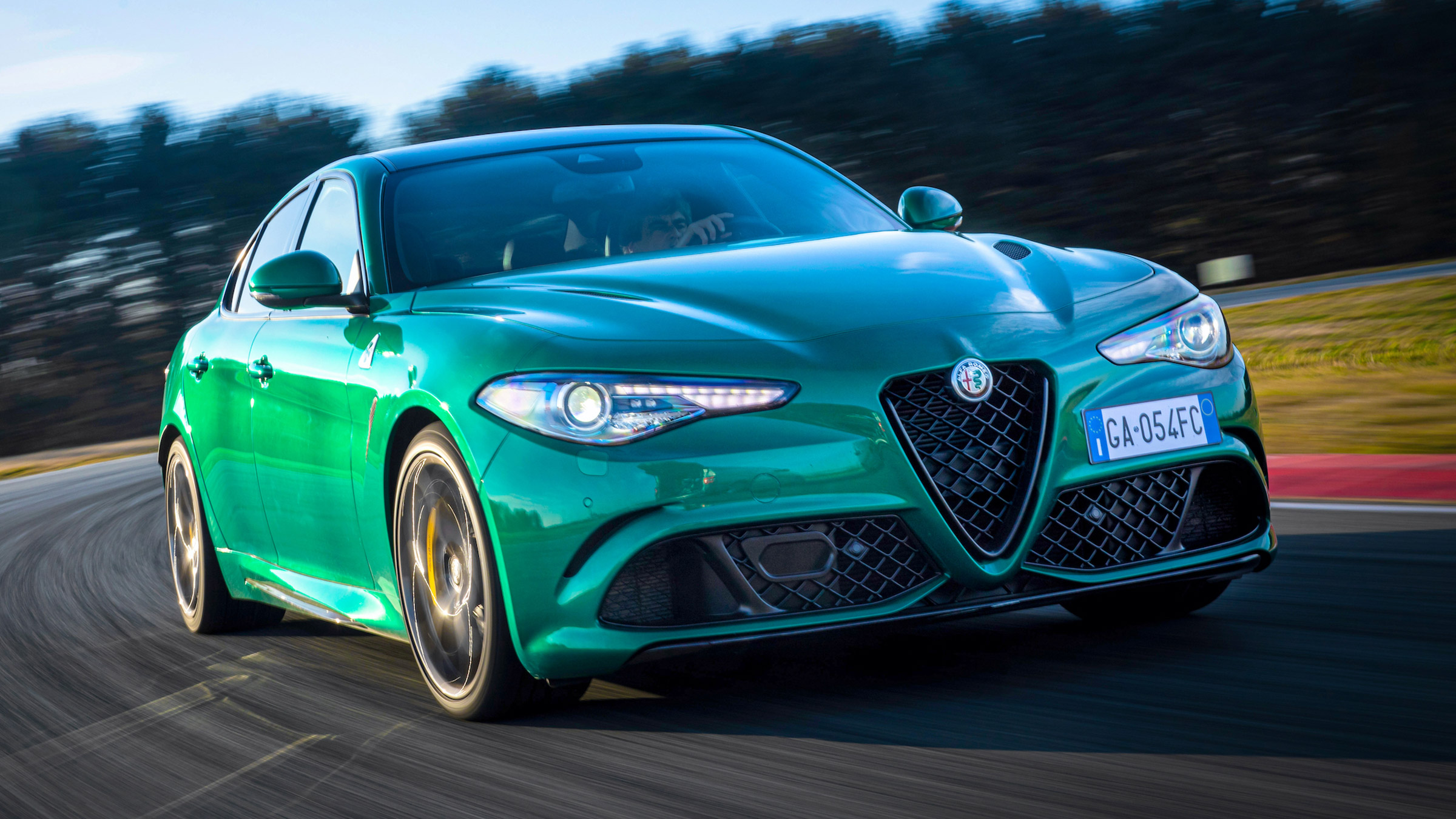 The range-topping Alfa Romeo Giulia Quadrifoglio super sedan has been updated for 2020, with a handful of cosmetic, technology and safety upgrades.

Alfa Romeo has launched an updated version of the BMW M3 rivalling Giulia Quadrifoglio, to coincide with the recent release of the refreshed standard-issue car. First deliveries are expected by the end of the year.

Cosmetic revisions are restrained, with the new Giulia Quadrifoglio receiving some updated badges and a pair of revised LED tail lights with smoked lenses. Buyers can also now have carbon fibre replacements for the standard car’s radiator grille, mirror caps and rear spoiler as optional extras.

The dashboard and centre console has been re-trimmed, while a new leather steering wheel, a leather-trimmed gear selector, perforated seat upholstery and an improved 8.8-inch infotainment system are all included. The Giulia Quadrifoglio also adopts the standard car’s revised cabin layout, which features a new centre console with additional storage space. In addition Alfa has created a new selection of customisation options for buyers to choose from. A quad-exit Akrapovic exhaust system with carbon fibre tailpipes is available, made from lightweight titanium and featuring a valve in the rear silencers which dampens engine noise when closed. New paint colours arrive, too, including a new metallic green paying homage to the shade used on the iconic Alfa Montreal. Engine wise, there are no changes. The updated Giulia Quadrifoglio is powered by an all-aluminium, twin-turbocharged 2.9-litre V6 petrol engine, which develops 375kW and 600Nm. Power is sent to the rear wheels via an eight-speed automatic gearbox, where it’s managed by Alfa Romeo’s own torque vectoring differential. Performance figures are identical to that of the previous Giulia Quadrifoglio, with a 0–100km/h time of 3.9 seconds and a top speed of 307km/h. The outgoing model’s adaptive dampers, chassis control system, drive mode selector and active front splitter have also been retained.

When Italian car manufacturers get it right passion, character and style flows through their creations. Here are our 10 favourite Italian cars
Read more

June 24 will mark the 110th anniversary of the establishment of Alfa Romeo, one of the truly great names in the automotive industry Automotive Daily...
Read more

Special edition lightweight Alfa Romeos have carried the GTA badge since the 1960s. We explore the history of the lightweights… Alfa Romeo built the first...
Read more