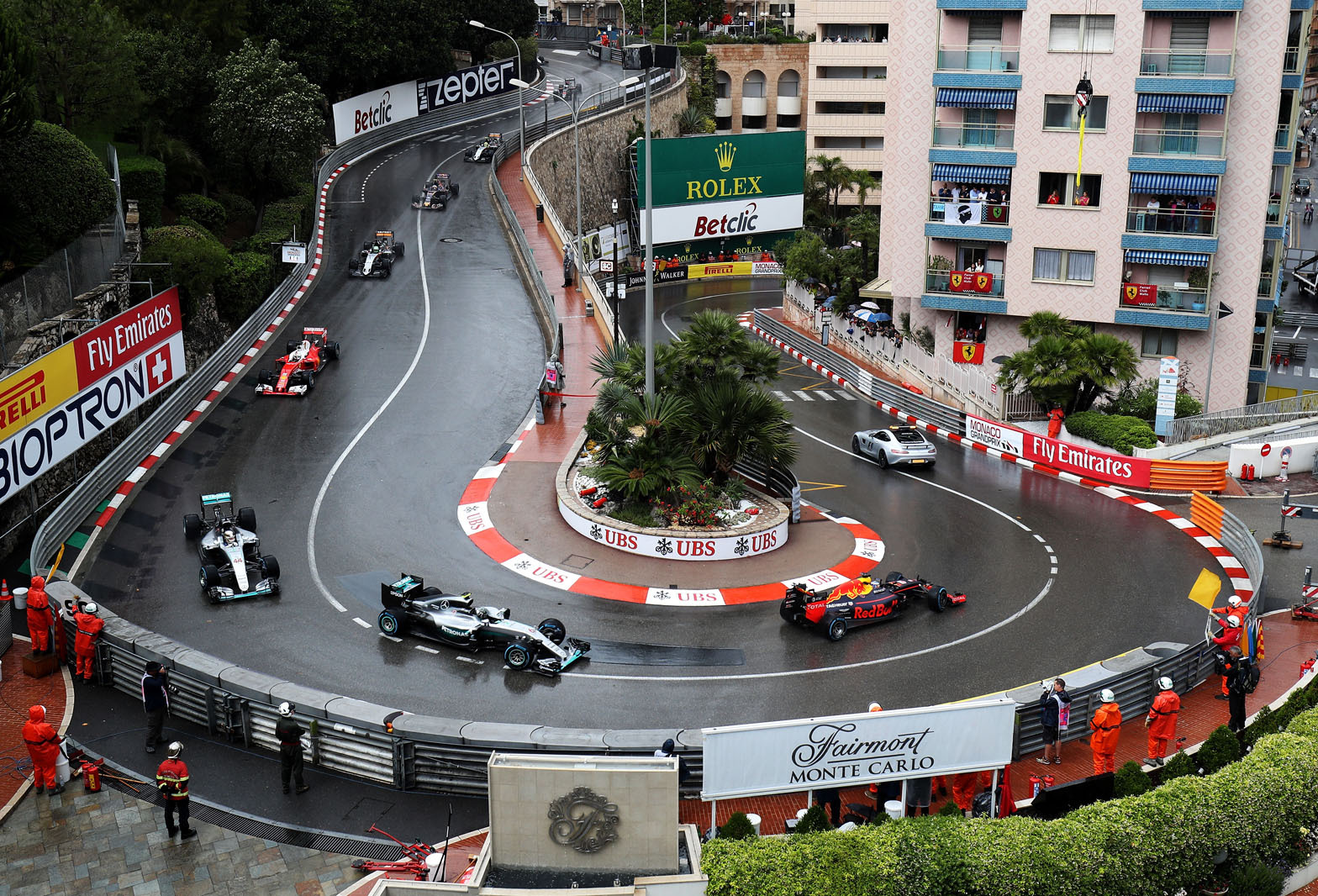 The Monaco Grand Prix has run since 1929, and is one of the most anticipated races on the Formula One calendar. Known for its tight turns and unyielding crash barriers, the street race is held in the same regard as other high-profile races like the Indianapolis 500 and the 24 Hours of Le Mans, together making up motorsport’s so-called ‘Triple Crown’.

As the Formula One field moves to the glamorous city this weekend, we take a look back at some of the most momentous incidents and achievements from past Monaco Grands Prix. Let us know in the comments below if you agree with our choices.

1955: Driving a Lancia D50, former world champion Alberto Ascari misjudges his braking at a chicane, somersaulting into the Monaco harbour through hay bales and sandbags.

The Italian managed to escape with just a broken nose and swam to a nearby yacht. His seemingly lucky escape would be reflected on just four days later, as Ascari lost his life during a tragic testing accident.

1961: The 1961 Monaco GP is deemed by many to be Stirling Moss’ greatest ever race, as he held off the faster, state-of-the-art ‘sharknose’ Ferraris in an uncompetitive Lotus 18.

His car was underpowered but Moss managed to claim pole in qualifying, before a thrilling race which saw him become the first driver in history to win the Monaco GP three times.

1969: Off the back of his second championship in 1968, and with his four wins in Monaco, it would be a brave man to bet against Graham Hill winning the famous race again in 1969. And so it proved.

Known as ‘Mr Monaco’ (a title now shared with Ayrton Senna), after Jackie Stewart’s Matra retired due to driveshaft failure, Hill grabbed the lead and guided his Lotus to victory, taking a record fifth Monaco win. Fittingly, it was to be his last win in F1, despite not retiring until 1975.

1982: Murray Walker described the 1982 Monaco GP as “the craziest race ever,” as four race leaders hit trouble in the final three laps. Rene Arnoux took an early lead, before spinning out and stalling his engine, before new race leader Alain Prost crashed after leading for much of the race. Riccardo Patrese span and stalled, while Didier Pironi ran out of fuel in the tunnel.

Alfa Romeo’s Andrea de Cesaris or Williams’ Derek Daly looked set to battle for victory, until De Cesaris also ran out of fuel, and Daly’s gearbox broke. The eventual winner of the race would be Patrese, who had managed to restart his Brabham after reversing down the kerb.

1984: Many consider the 1984 Monaco GP as the moment Ayrton Senna really started to make a name for himself. The weather didn’t hold back, and soon a light shower of rain turned into a torrential downpour. Alain Prost, who led the pack with a margin of 30 seconds, was losing almost three seconds a lap to Senna, before he frantically waved that the race was too dangerous to continue.

Stewards red-flagged it on that lap, which meant Prost was controversially deemed the winner because of the count-back rule. But it was Senna who grabbed all the headlines.

1988: As ever with Monaco, 1988 was all about qualifying, with Ayrton Senna putting in what is regarded to be the perfect lap of the Monaco GP. His lap time was a staggering 1.4 seconds up on team-mate Alain Prost, himself no slouch around the streets of Monaco.

After comfortably taking the lead in the race itself though, the Senna collided with the barriers costing himself victory. Frenchman Alain Prost went on to finish in first place.

1996: The 1996 Monaco GP became the race with the fewest finishes in F1 history, thanks to the wet and slippery conditions.

As drivers slipped and slithered around the damp streets, Ligier’s Olivier Panis steadily picked his way through the accidents and breakdowns to claim his only grand prix victory.

2008: Conditions were tough in 2008, with another wet and rainy Monaco GP. Lewis Hamilton’s race looked all but over after just five laps, as he collided with the barrier and punctured a tyre.

He didn’t let that stop him, though, as he mounted a relentless charge and swept through the field to win.

2015: The Mercedes team cost Lewis Hamilton his position at the top of the podium after a crash involving Max Verstappen and Romain Grosjean led to the deployment of the safety car.

Hamilton was 20 seconds ahead of teammate Nico Rosberg with 13 laps to go, and it was decided by his team that he should come in for a final tyre change. It was a decision that would prove to be misjudged as Hamilton would return onto the track and finish in third place.

2016: Operational errors were the talk of the town as a Red Bull mishap cost Daniel Ricciardo a sure win in the closing stages of the 2016 Monaco GP. Ricciardo entered the pits for one final tyre change, only to be kept waiting for 20 seconds for his tyres to appear and be changed.

The mix-up meant Lewis Hamilton would pull past Riccardo as the Australian left the pits, leading to an eventual second place finish, and understandable frustration for the Red Bull driver. He eventually got his revenge in 2018, winning his first Monaco GP.