Engineering firm Viritech has unveiled its 745kW hydrogen-powered hypercar, which has been styled by Italian car design specialist Pininfarina.

The sub-1000kg Apricale, which produces zero emissions, made its debut at Goodwood’s Festival of Speed today. The hypercar will be sold in limited numbers for around $2.6 million, with deliveries expected from early 2024.

However, the Apricale is intended primarily as a demonstration tool for Viritech’s hydrogen fuel cell technology, which it plans to offer to third-party companies for use in FCEV passenger cars, heavy goods vehicles, aircraft and boats.

It is intended to be the “world’s first production hydrogen hypercar” and seeks to demonstrate the advantages of FCEV technology over that of conventional electric powertrains.

Speaking exclusively to Automotive Daily Network partner Autocar, Viritech co-founder Matt Faulks, an ex-Formula 1 engineer, outlined the reasons for Viritech’s focus on hydrogen: “You run into two issues when you go down the battery route. One is the ‘mass compounding element’ – the more energy storage you need, the heavier the car gets. “The second is the continued use of large amounts of raw materials in building very large battery packs, which are potentially recyclable, but even today we’re struggling to get lithium back out in a way it can be used again.”

Faulks added that, “as an ex-motorsport guy”, he did not want to build a car “that weighed two tonnes”. The Apricale, to that end, is intended to “push the boundaries of technology” and has been developed with an emphasis on keeping weight down and making it “fun to drive”.

The issues with an FCEV powertrain, as perceived by Faulks, are primarily centred around the storage of the hydrogen itself, and the weight of the hardware. To overcome these obstacles, the Apricale uses ‘graphene-reinforced hydrogen pressure vessels’, which essentially means the hydrogen storage tanks form a structural element of the chassis. This reduces weight and cost, while simplifying the structure. Viritech has filed a patent for this technology, which Faulks identifies as a “key component” of the Apricale and future Viritech products. While the hypercar will be the first automotive application of this technology, the firm is targeting the commercial vehicle segment primarily, given the long-distance viability of an FCEV powertrain. Viritech is targeting a range of around 800km.

However, to demonstrate the flexibility of its concept, the firm has revealed the Tellaro SUV as a ‘reference design’ that shows how relatively lightweight FCEV technology could suit larger (and inherently heavier) passenger cars. “We will be sharing this concept with the many OEMs engaged in transitioning to electric vehicles, to demonstrate how a hydrogen SUV could be taken from concept to market,” Viritech says.

It is said to theoretically employ elements of the flagship Apricale’s powertrain. “The Apricale front motor is used at the rear in the Tellaro,” said Faulks. 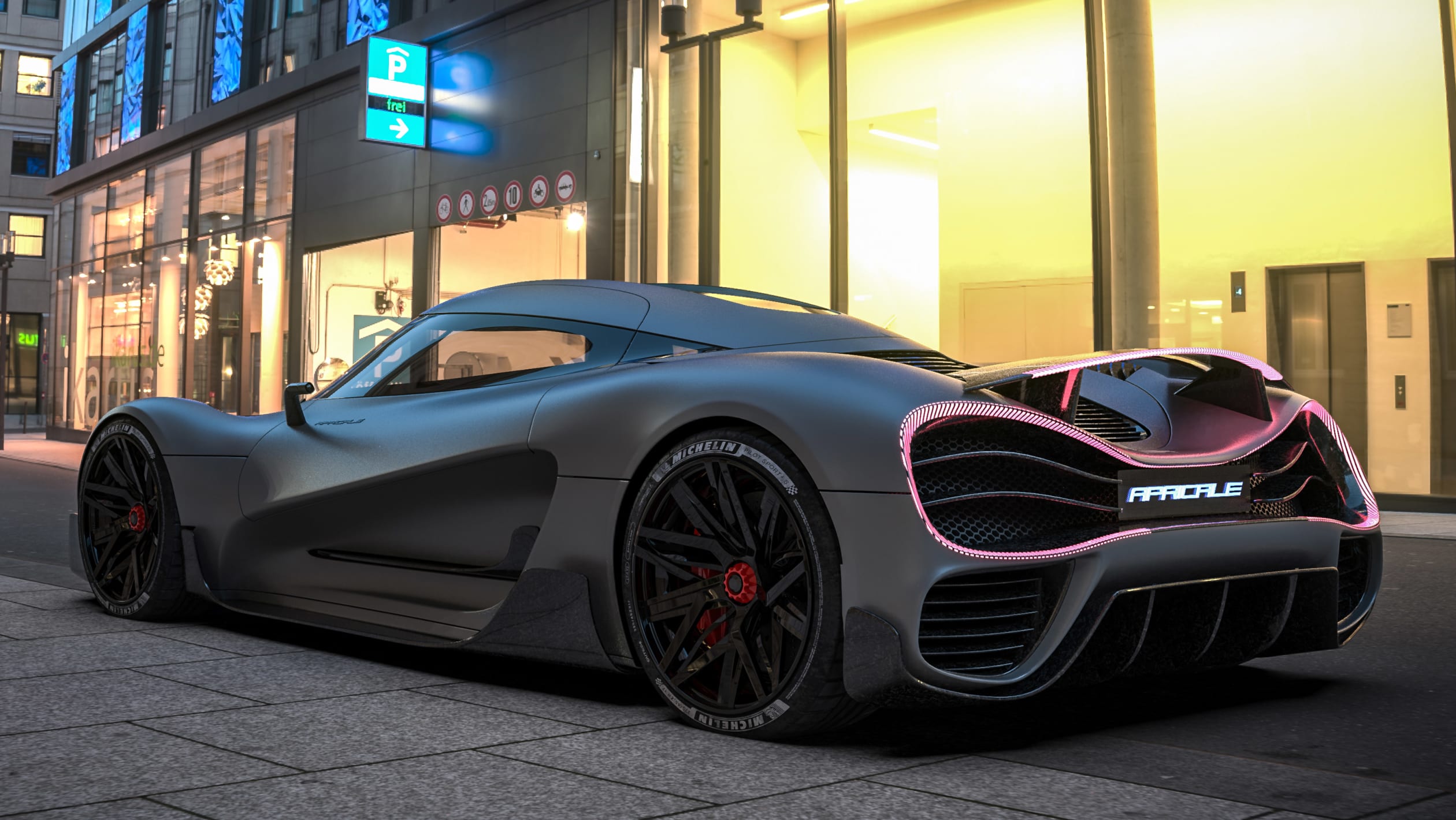 It has established a development programme at MIRA in the UK. Viritech has been able to make use of the expansive testing units on site, thereby saving on the considerable cost of building and homologating its own facilities. Faulks hailed “the resources that they provide, and the ability to sub out test and engineering services as required” as a primary reason that Viritech – a new automotive company – is able to develop its unique powertrain solution.

Timothy Lyons, CEO and founder of Viritech, said: “Becoming a member of the Horiba MIRA community is a game-changer for Viritech, moving us immediately into the big league in terms of the engineering facilities and support, meaning no engineering project is now beyond us. The hydrogen revolution will complement mobility electrification and will account for 400 million cars, 20 million trucks and five million buses. And that revolution starts here.”