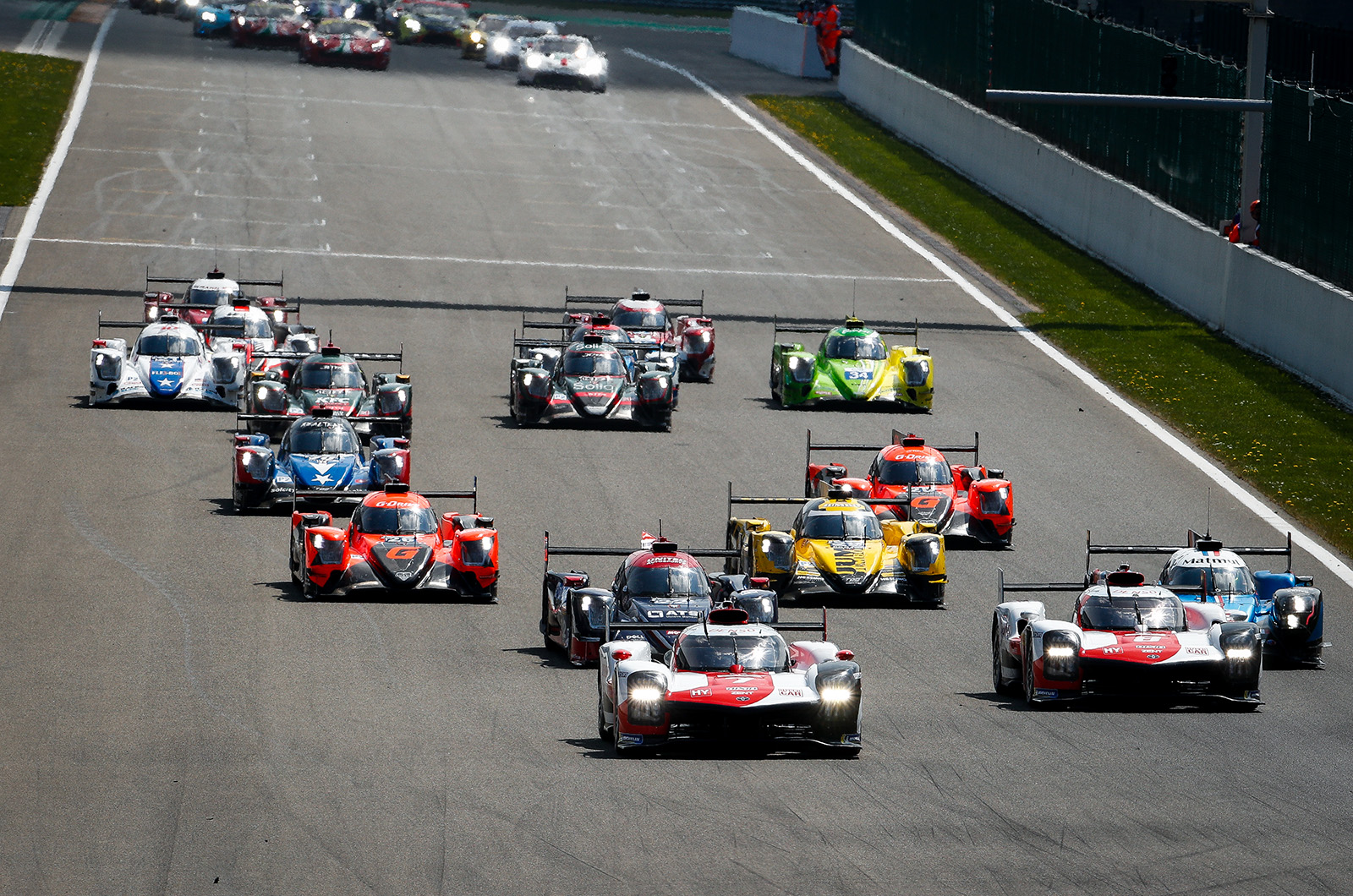 The event at the Belgian circuit was the first race with the top prototype class running to the new LMH rules, designed to lower speeds and reduce costs compared to the previous LMP1 regulations. Toyota was the only manufacturer to have its LMH car ready for the event, with opposition coming from Alpine’s grandfathered LMP1 A480-Gibson machine and the top LMP2 contenders.

The Toyota crew of reigning WEC champions Kamui Kobayashi, Mike Conway and Jose Maria Lopez set the pace in qualifying, but a series of technical issues during the race cleared the way for Sebastien Buemi, Kazuki Nakajima and Brendon Hartley to take victory in the other GR010 Hybrid.

Here’s what we learned.

Given it’s an entirely new car built for an entirely new set of regulations, it was understandable that Toyota suffered a number of issues with its pair of GR010 Hybrids – and while it was clearly the team to beat, Toyota was somewhat fortunate to leave Belgium with a first and a third place.

Conway led the way early on in the #7 Toyota, but the car’s victory bid ended when a brake problem led to Kobayashi going off with two hours of the race to run, with the car losing considerable time having to be rescued from the gravel. A drive-through penalty for contact with a GT car further hampered the recovery effort.

The #8 Toyota of Buemi, Nakajima and Hartley also had issues, including a 30-second time penalty for a pitstop violation. That allowed the sole Alpine of Nicolas Lapierre, Andre Negrao and Matthieu Vaxiverve to remain in contention, but it ultimately didn’t have the pace of the LMH class Toyota.

Performance balancing will be a talking point

Officials are using performance balancing rules to equalise the pace of the new LMH cars such as the Toyota with the grandfathered LMP1-class Alpine, and there are also performance controls in place for the second-tier LMP2 cars. Spa showed that is likely to remain a talking point throughout the season, especially if Toyota finds itself consistently beaten by privateer cars from the second tier.

During the pre-event test and the practice sessions at Spa, the LMP2 cars were battling – and beating – the top-class Toyotas and Alpine, and while the LMH machines were clear in the race, the car between the two divisions left little margin for error.

Another talking point is likely to be the pace of the LMP2-winning United Autosports Oreca-Gibson of Phil Hanson, Filipe Albuquerque and Fabio Scherer. In a category known for its competitiveness, the reigning champions were clearly the class of the field and held a healthy lead for much of the race on the way to category honours and fourth overall.

The Porsche 911 RSR of Kevin Estre and Neel Jani dominated in the GTE Pro category, qualifying on pole and leading all the way in a small field of just five cars.

It was the second WEC Spa win in a row for the Porsche GT squad, and a strong WEC comeback for Jani, who last raced full-time in the category for Porsche LMP1 outfit in 2016. The Swiss driver was part of the Le Mans-winning crew that year.