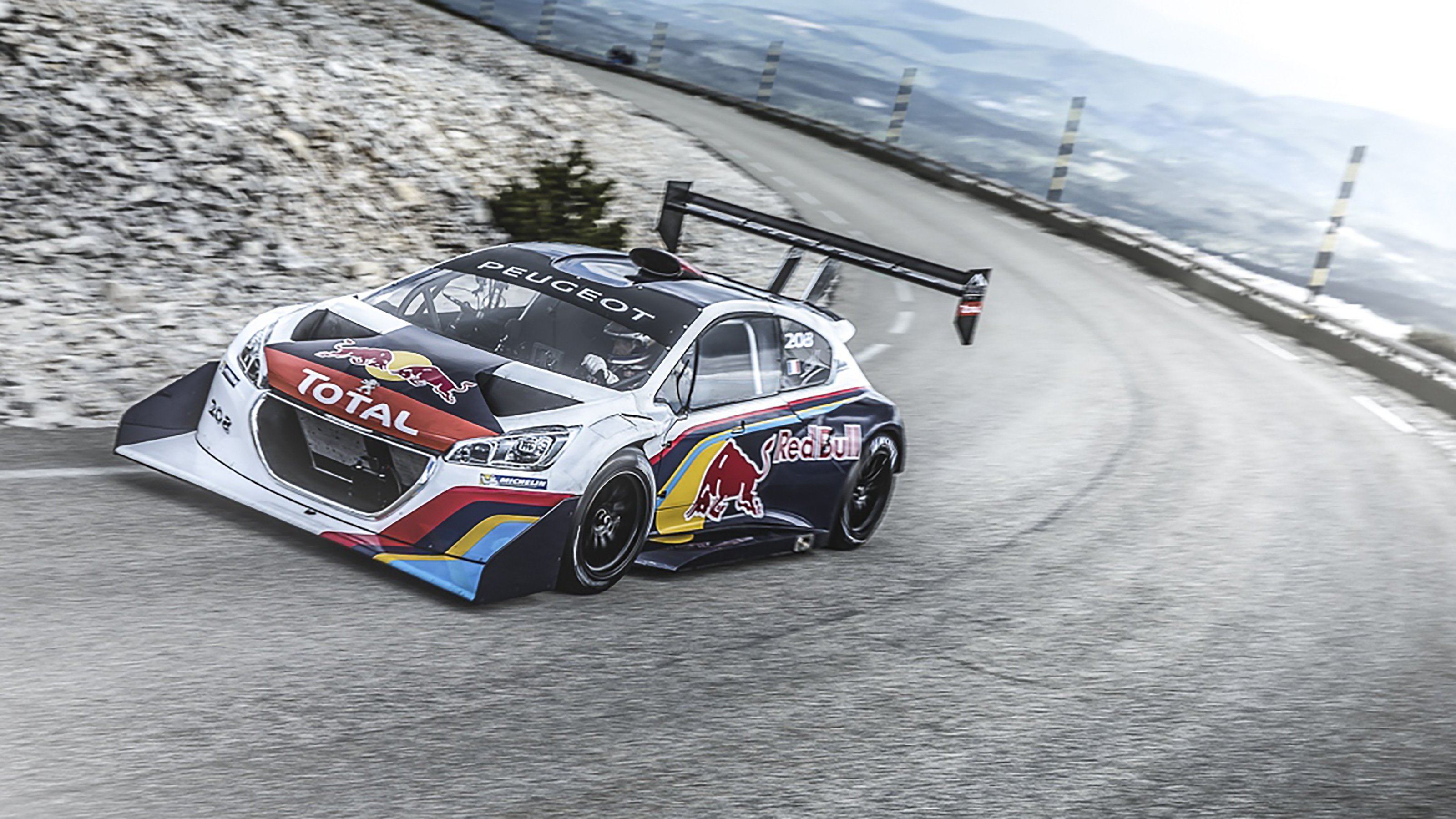 The nine-time World Rally champion was on the hunt for new challenges in 2013, and an iconic US hillclimb fitted the bill.

One of the oldest motorsport events in the world, Colorado’s Pikes Peak International Hillclimb first took place back in 1916. A torturous, twisty and highly dangerous course of nearly 20.1 kilometres climbing to an altitude of just over 4,200 metres above sea level, it’s perhaps the most extreme test in the world of hillclimbing. Appropriately, it has attracted some extreme vehicles over the years.

Many enthusiasts first became aware of the event through the crazy Suzuki Escudo Pikes Peak Special in the Sony PlayStation Gran Turismo games. In real life, this was piloted by Japanese driver Nobuhiro ‘Monster’ Tajima, who won the event overall for the first time in 1995 and went on a six-year winning streak in various Suzukis from 2006 to 2011, setting new course records twice in the process.

Other manufacturers began to take note of the marketing potential of a Pikes Peak win, and in 2012 a Hyundai Genesis Coupé driven by Rhys Millen (son of five-time Pikes Peak champion Rod) took the record down to nine minutes and 46 seconds. The following year, nine-time World Rally champion Sébastien Loeb was looking for new challenges, having stepped back from full-time WRC competition with Citroen. As well as contesting GT races in a McLaren, he embarked on a project with Citroen’s PSA sister brand Peugeot to comprehensively obliterate the standing Pikes Peak record, with the full resources of a works racing team being thrown at the attempt.

The result was the Peugeot 208 T16, which looked to all intents and purposes like someone had stood on and squashed a roadgoing 208, then attached the world’s largest wing to the back. Under its bodywork sat much of the internals of the Peugeot 908 Le Mans-winning sportscar, and the stats were impressive: a mid-mounted 3.2-litre twin-turbo V6 making 652kW, a weight of 875kg (for a 1:1 power-weight ratio with a converted 875bhp), a six-speed transmission and carbon-fibre brakes. Performance was explosive; 0-100km/h was dispensed with in 1.8 seconds and the car could reach its maximum speed of 240km/h in just seven seconds. Despite the two-metre rear wing, Peugeot engineers said almost half the car’s downforce was generated by a special undertray. After several practice runs, they worked out a theoretical fastest time for Loeb of eight minutes and 15 seconds, but as the day of the attempt dawned, the weather conditions looked touch and go for a while. “When I was on the start line waiting to go, I could actually see the clouds closing in at the top of the mountain,” recalled Loeb.

“I remember thinking that if we didn’t get going soon, it would be really difficult,” he continued. “There was a bit of pressure, because I knew there was so much work and investment. Now, after all the practice, it was down to me and I had to perform.”

And perform he did. The final time was even faster than Peugeot’s simulations had predicted: eight minutes, 13.878 seconds, at an average speed of 140km/h. Loeb went 49 seconds faster than his next-closest challenger on the day, the previous record-holder Rhys Millen.

“Before the start I didn’t know whether I should push absolutely to the maximum or just push to a comfortable pace, in order to make sure of the win,” Loeb said. “In the end, I decided to push to the limit.”