It has been a frankly crushing display, with the squad having won seven straight drivers’ and constructors’ championship doubles. But that streak looks increasingly likely to end this year, with Red Bull’s Max Verstappen on course to claim his first title. And a key contributor has been the Honda powerplant in the back of his RB16B.

It’s an incredible turnaround in fortunes for Honda, which returned to the sport in 2015 through what was considered a dream reunion with McLaren – only to then struggle for both reliability and speed. Honda was left clinging to the grid through supplying Toro Rosso (now AlphaTauri) in 2018, which opened the door to a subsequent deal with the main Red Bull squad the following year. It was an alliance of necessity: Red Bull’s relationship with Renault had broken down and Mercedes and Ferrari were never viable options. But the two firms have since formed an incredibly potent union. 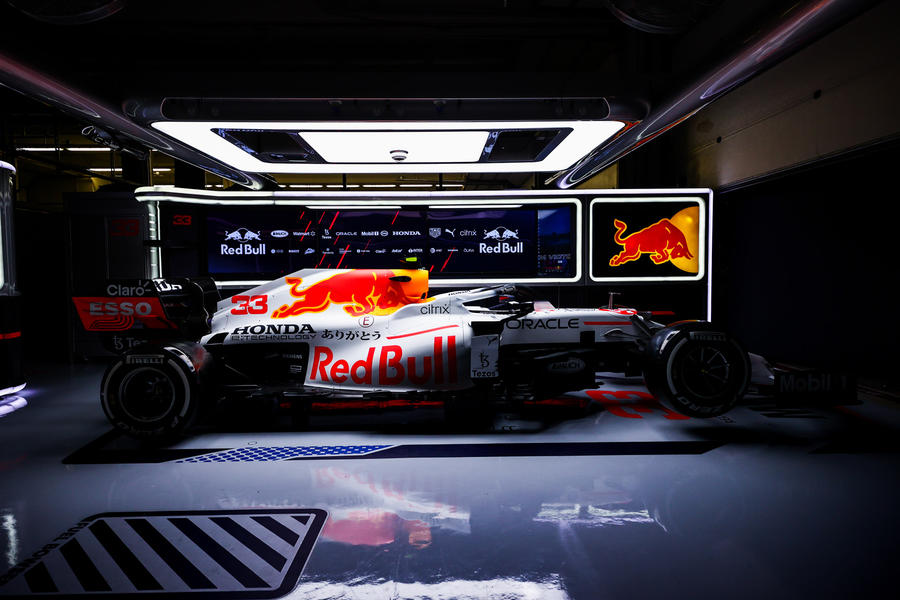 Yet it’s an alliance that is already ending. Honda announced late last year that it would quit F1 at the end of this season, officially to focus its resources on the development of electric road car technology.

“Regardless of whether this was our final season or not, we’ve just kept working very hard,” says Toyoharu Tanabe, Honda F1’s development guru. “We’ve been working hard every year since we started this programme. It’s a bit emotional. Knowing this is the last season for us is a little disappointing.”

Even if he understands the corporate reasons for Honda’s decision, the tone of Tanabe’s voice suggests that knowing this is its final F1 season is somewhat more than a little disappointing.

That’s partly because the rate of Honda’s progress since it teamed up with Red Bull has been incredible, including a huge leap for this season, despite cost-cutting rules introduced due to the pandemic limiting the scope of potential development. Revisions to F1’s chassis rules might have contributed to Mercedes-AMG losing some of its edge, but don’t discount the steps that Red Bull and Honda have taken. 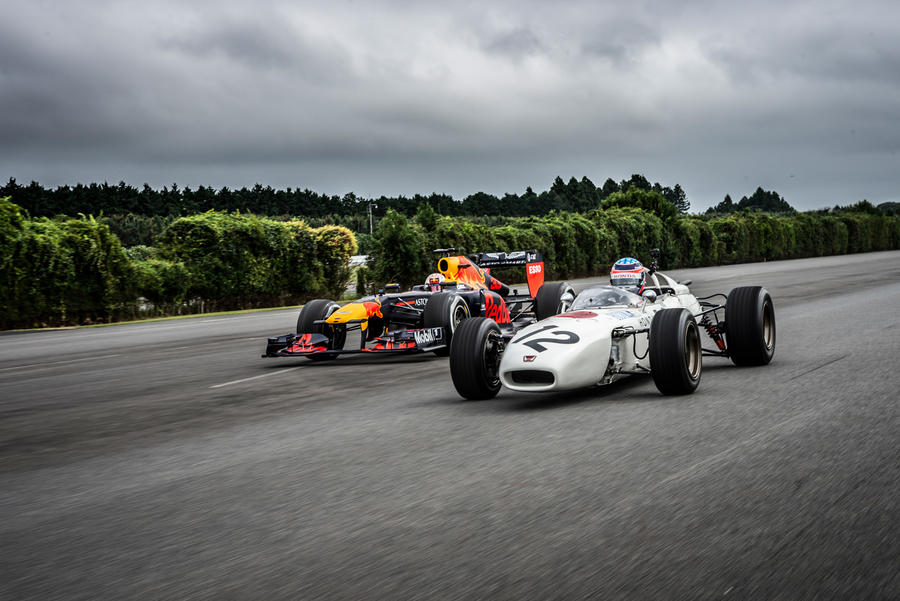 “We introduced a completely new philosophy for the powertrain this season, and we’ve been learning more how to use it with every race this season,” says Tanabe. “We’re limited in terms of what changes we can do to the hardware, but we’ve been able to keep improving the management of the unit.”

In hindsight, Honda was always going to struggle as a late entrant into the V6 turbo hybrid era, especially with opaque rules in place at the time about how much development work manufacturers could do each off-season. There were ‘tokens’ that limited how many parts a firm could replace, which both stymied Honda’s attempts to catch up to its rivals and added to the complexity of trying to best manage the power delivery from frighteningly complex powertrains that mated a petrol engine with two differing electric hybrid motors. And by supplying just a single team, the firm also didn’t have as much data as rivals to guide its improvement. 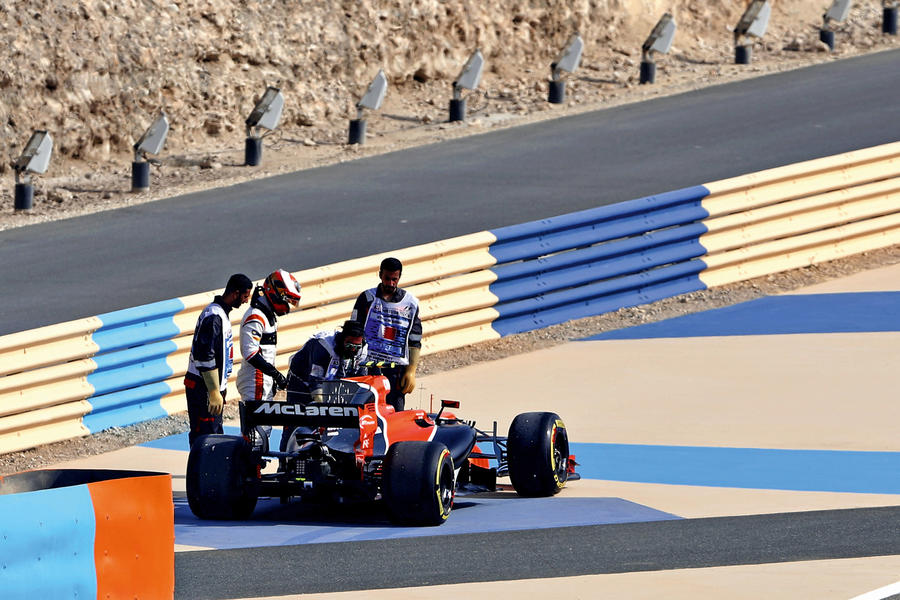 “We had a very hard time when we entered F1,” reflects Tanabe. “We had a lot of issues with the programme. But we learned a lot in those years.” Supplying both Red Bull-owned teams has been vital to Honda’s progress in the past few seasons, with the operations pushing each other to perform.

“We work together with a very open mind,” says Tanabe. “We’re both aiming to win a race and then a championship, and to do that means improving our performance. They don’t tell us how to do it, they ask what we want to do.”

The person who has most appreciated Honda’s progress over the past year is Verstappen.

“The power unit doesn’t necessarily drive very differently from the first Honda unit that I drove; it just has more power,” says the Dutchman. “And it’s more reliable. You always try to improve every single aspect of a car – whether it’s the chassis, engine or driver – every year. Honda made a really good step this year.” 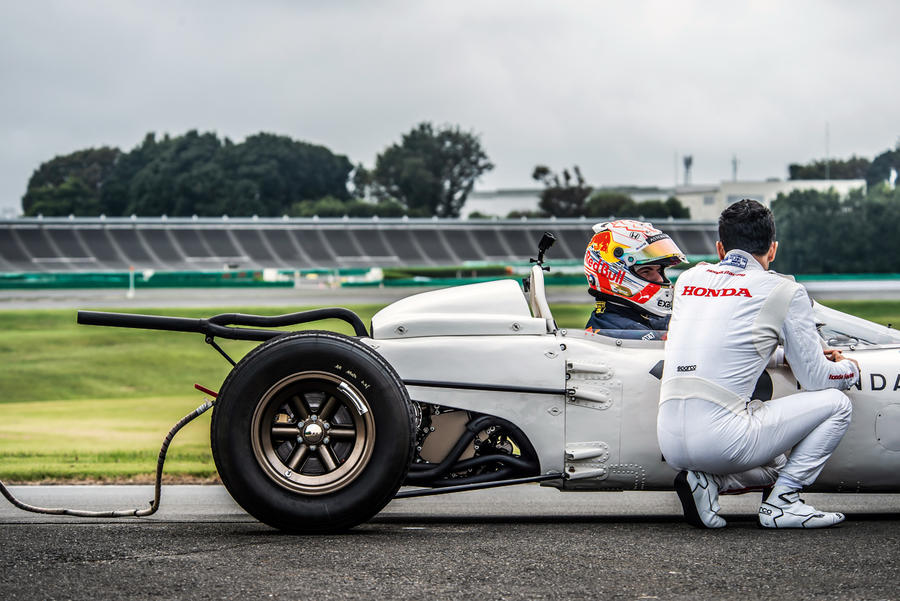 Verstappen is coy on whether the Honda is now the best power unit on the grid (“it’s difficult to determine the best, but I’m very happy with what we have this year”), but he does praise the firm’s engineers.

“I really enjoy working with them,” he says. “You can really see the passion and the motivation to do well. It has been really positive to have such people around us.”

The fact that Honda might leave F1 this year powering the reigning champion is the latest chapter in a boom-and-bust on-off relationship the Japanese firm has with the sport. A works entry from 1964 to 1968 netted a pair of wins, before a hugely successful return in the 1980s turbo era best remembered by the dominant McLaren-Honda combination. 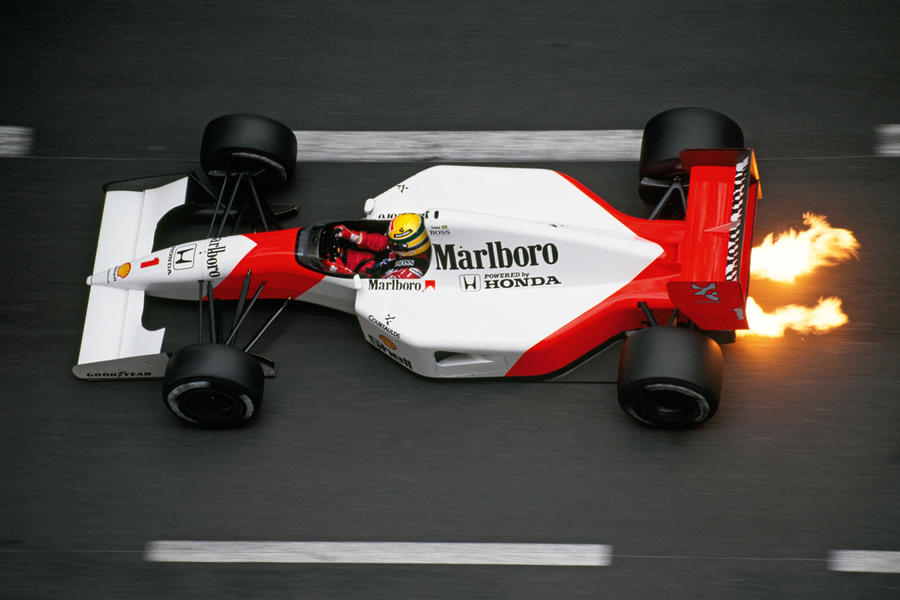 After withdrawing following 1992, Honda kept an interest in the sport through the works-blessed Mugen-Honda operation, before returning again as a full constructor in 2000 to supply BAR, eventually buying the team ahead of the 2005 season. But that costly enterprise yielded a single win: Jenson Button’s unlikely opportunistic success in Hungary in 2006.

After that, it struggled to develop its package and slipped further down the grid. After a desultory 2008 season running an underdeveloped machine with an odd ‘earth dreams’ livery (an early car-maker nod to promoting sustainability), Honda’s management pulled the plug. That was despite the firm having already sunk millions into development of a 2009 challenger for F1’s new aero rules.

Honda then helped tech chief Ross Brawn take control of the outfit, and the rebranded Brawn GP won both titles using a car that Honda had paid to develop and powered by Mercedes customer engines. It’s some irony that Mercedes would eventually buy that squad and grow it into the dominant outfit that Red Bull-Honda is now aiming to topple. 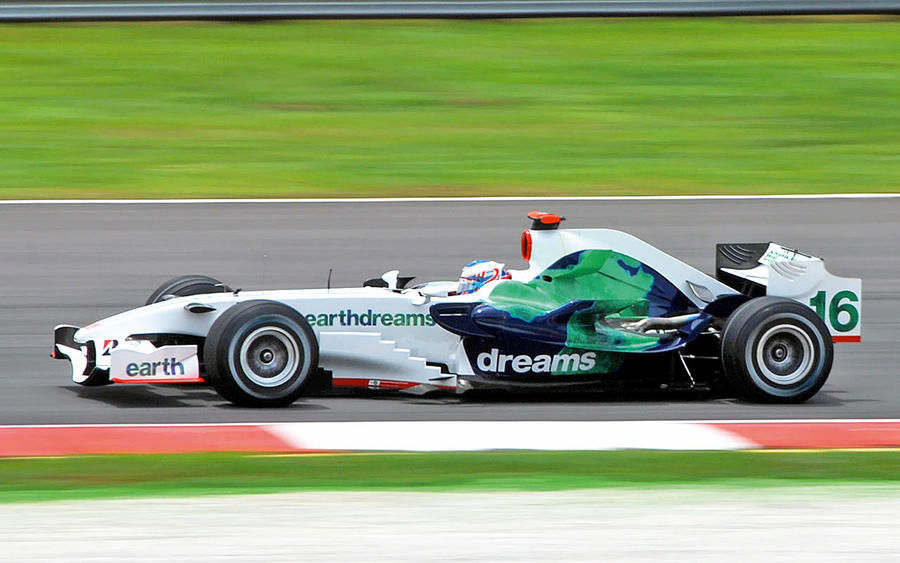 But that peripatetic participation is best explained by why Honda keeps returning to F1. The sport may be the lifeblood of ever-present Ferrari and good marketing and a profitable business venture for the likes of Mercedes, but for Honda it has always been about engineering. It has been most successful when its participation is driven by a need to develop and showcase technology: think turbochargers in the 1980s and hybrids more recently.

That’s most likely why Honda resisted the route Mercedes, Renault and Ferrari have gone down in becoming a full constructor for its recent stint in F1: its focus was only ever on learning engine technology. And yes, the firm does insist that there are tangible links – in philosophy, if not direct technology transfer – between the hybrid powertrain found in Verstappen’s Red Bull and the one in your granny’s Jazz.

That’s why, despite Honda quitting to focus on EV development, Tanabe still believes the sport is right to focus on hybrid powertrains. “You see many hybrid EVs in the market,” he says. “The hybrid system in F1 is very complicated, and it’s been very interesting for us to learn how to best manage it, and to improve efficiency. To gain the knowledge required to build the hardware and then manage it properly has been very difficult, and we’ve learned a lot from it. Obviously for a road car, the usage is completely different, but the philosophies are the same.” 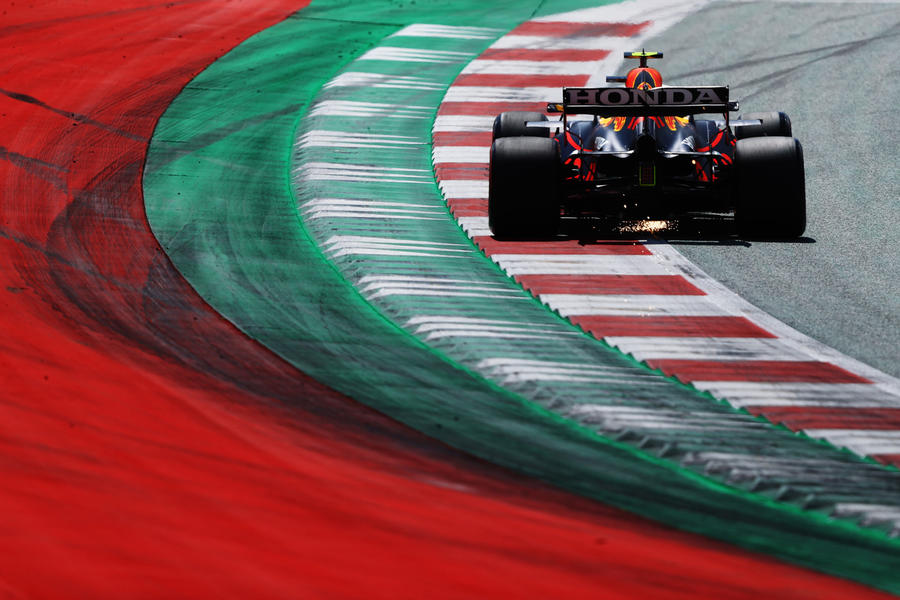 The reasons for Honda’s withdrawal clearly aren’t all they appear, with the desire to cut costs and a marketing impetus to embrace a net-zero future probably as important as the wish to focus resources on future EVs; Ferrari, Mercedes and Renault seem quite capable of doing that while remaining in F1. But Honda’s withdrawal served as a wake-up call to the sport. In an era when car makers are out to prove their green credentials, it’s hard to justify racing high-powered petrol-engined single-seaters. That explains why F1 has begun to embrace synthetic fuels (e-fuels) as a potential option to cut emissions while retaining petrol engines – and why such moves have become more urgent since Honda’s announcement.

Ironically, then, just as Honda’s exit in 2009 would indirectly pave the way for Mercedes’ dominance, so its withdrawal in 2021 could spark a push to e-fuels that draws Porsche (or another Volkswagen Group brand) into the sport – possibly supplying Red Bull. 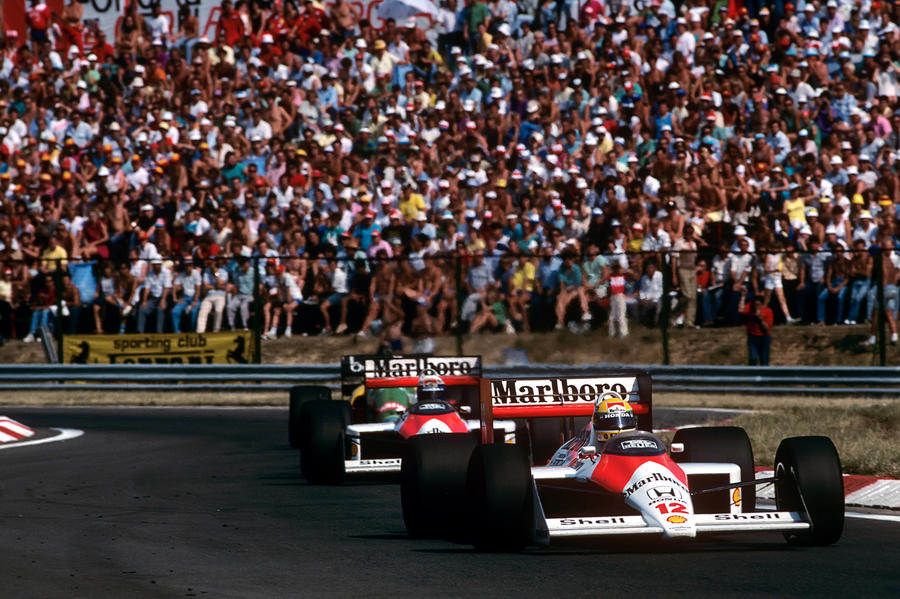 That’s unlikely to happen until F1’s new powertrain rules are introduced. In the interim period, Red Bull has found an ideal replacement to Honda power units: Honda power units. The company has bought up Honda’s Milton Keynes-based operation to become an engine constructor in its own right, albeit with the assistance of Honda engineers for next season.

Nor, to be honest, could you dismiss the prospect of Honda eventually returning to F1. Its imminent future may be focused on EV road cars, but beyond that, when the sport has a technology that Honda needs to invest in, you get the feeling that it will be back. Until that point, at least this time, it seems likely that the firm will be able to celebrate going out on a high. 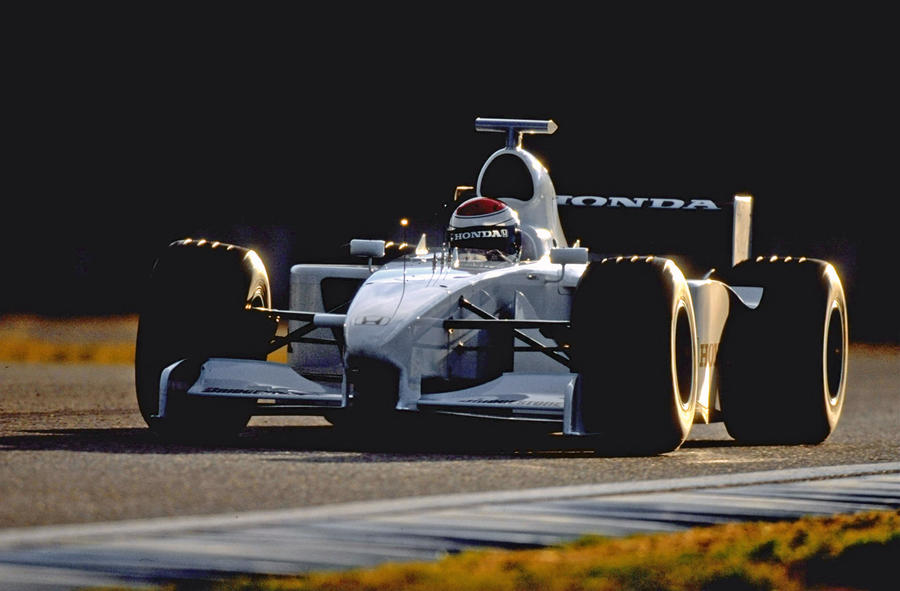 Had history turned out differently, it’s possible that a Verstappen would have been racing in F1 for a works Honda team 20 years before the firm supplied Max’s Red Bull. In 1998, Honda strongly began to consider returning to F1 as a full constructor and hired ace technical chief Harvey Postlethwaite to establish a squad. A test car, the RA099, was built by Dallara and took part in a number of tests in 1999 with Jos Verstappen – Max’s father – driving.

Sadly, the project was abandoned when Postlethwaite suddenly died of a heart attack, and Honda chose instead to return as an engine supplier to BAR in 2000.