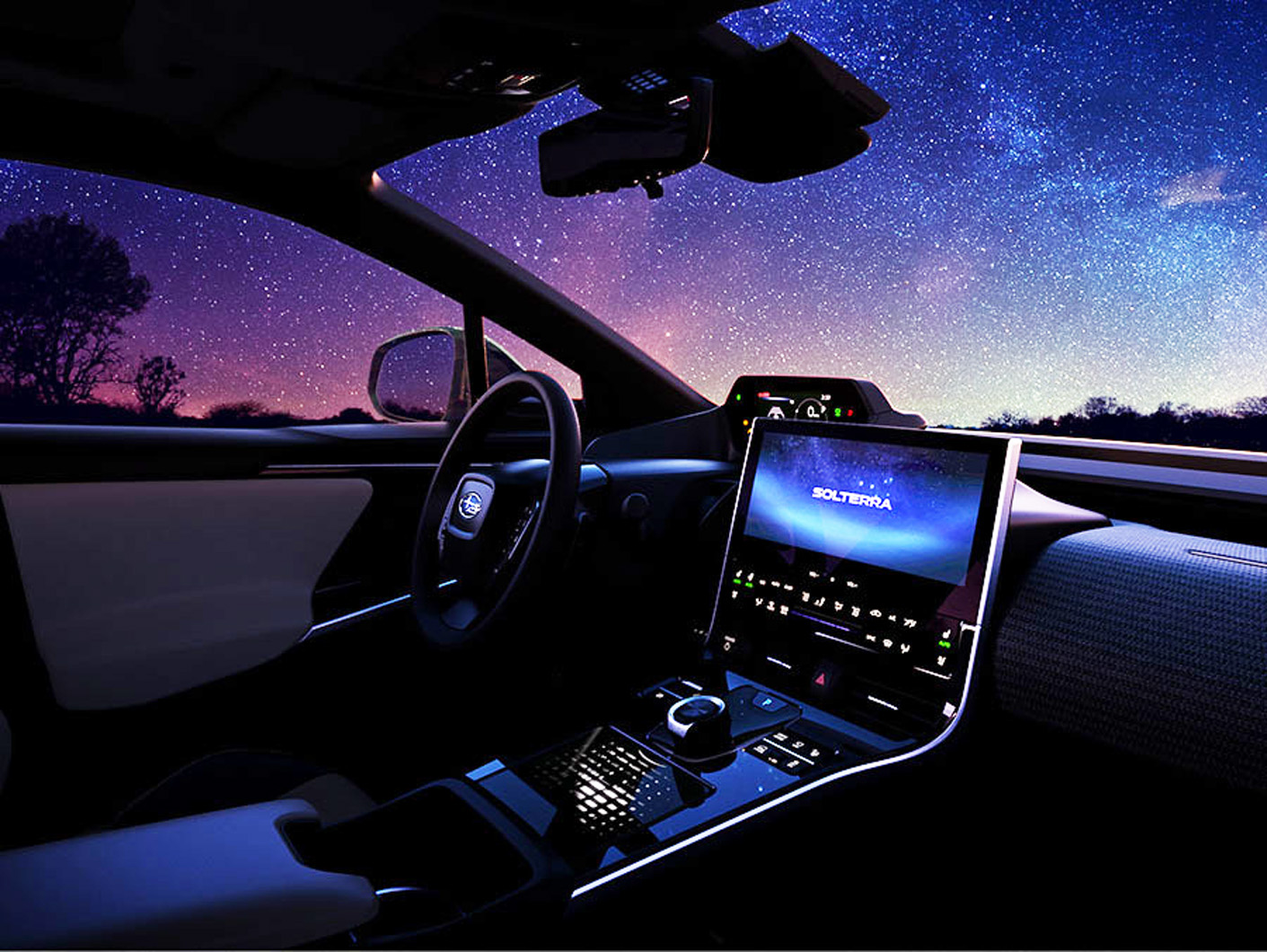 Subaru’s first electric vehicle, the Solterra, is a Europe-bound SUV built on a new EV platform co-developed with Toyota. For now it won’t be coming to Australia

The C-segment SUV, due to go on sale in 2022, is twinned with the recently revealed Toyota bZ4X concept, with which it shares most of its interior and exterior design cues. A fresh preview shot of the interior – following the near-complete exterior reveal last month – shows the Solterra will share the Toyota’s curved centre console, prominent widescreen central display and wraparound-style gauge cluster.

Subaru says the Solterra name is a fusion of the Latin words for sun and earth and has been chosen “to appreciate mother nature and further advance the form of coexistence with it”. Japanese media had previously reported that the car could be called the Evoltis.

The Solterra will be similar in size to the existing combustion-engined Forester. It will use the bespoke EV platform that Subaru partnered with Toyota to develop, known as e-TNGA. The architecture is designed to be highly adaptable to allow for vehicles of different lengths and can be used for front, rear and four-wheel-drive layouts, thanks to the ability to fit motors to both axles. It can also accept multiple battery sizes. Toyota is planning to develop six EVs on the e-TNGA platform. Subaru’s first EV is a major step in its electrification plans. The firm has recently introduced mild-hybrid versions of its Forester, Impreza and XC and is aiming for at least 40% of its global sales to be either electric or hybrid by 2030. Subaru Solterra due in 2022 as firm’s first electric car