Thierry Bolloré’s radical reinvention plans for Jaguar Land Rover centre on the electrification of both brands. Under the plan the firm will launch six pure-electric variants over the next five years, starting with the Range Rover EV in 2024.

All Land Rover models will offer a fully electric powertrain option by the end of the decade in line with the brand’s ambition to achieve a 60% EV sales mix by that point. The electric Range Rover, which will serve as a rival to the BMW iX and Mercedes-Benz EQS SUV, remains under wraps (even camouflaged prototypes have yet to hit public roads), but visually it is unlikely to differ substantially from the ICE-powered car. The subtle evolution of the Range Rover’s design over the years suggests its recognisable silhouette is intrinsic to the nameplate, so it is likely to be maintained for all powertrain variants.

Originally, it was planned that Land Rover’s debut electric car would share the MLA underpinnings with the long-promised Jaguar XJ EV, but that model has now been cancelled as it was deemed incompatible with Bolloré’s vision for the brand. It has also yet to be confirmed where else in the JLR line-up the MLA hardware will be deployed, with Jaguar set to usher in a completely bespoke architecture for its ownall-electric cars from 2025, and smaller Land Rover SUVs to move across to the EV-biased EMA platform.

The electric Range Rover could be one of the first production models to benefit from a new development partnership between JLR and BMW, which will see the German and British firms collaborate on electricdrive systems. Whether these systems will bear any relation to those used by BMW’s current EVs – or indeed Jaguar’s own I-Pace – is unclear, but it is almost certain that an electric Range Rover would feature two driven axles and have similar power figures to the most potent combustion car. 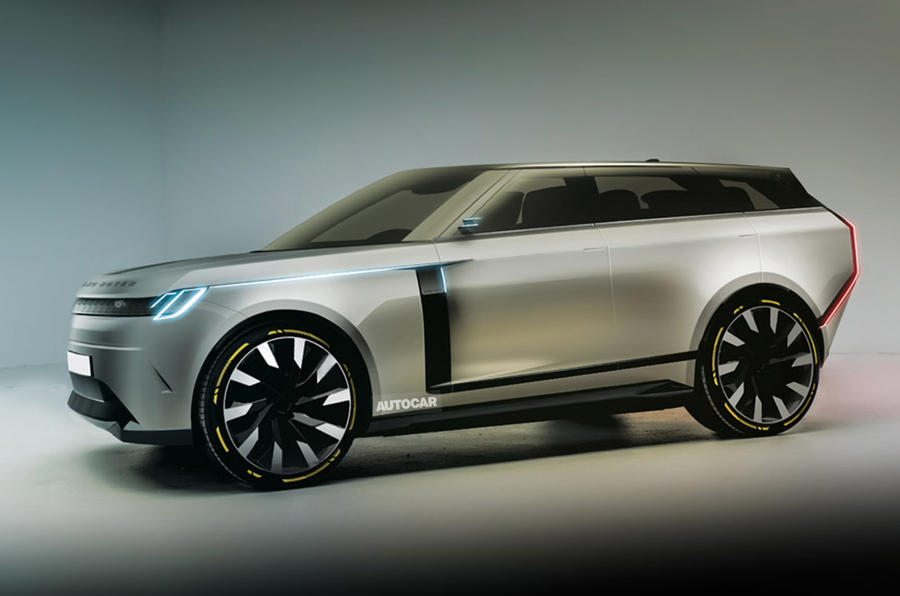 It has already started testing a hydrogen- fuelled Defender prototype, and says hydrogen will be “complementary” to battery-electric technology across its line-up as it strives to achieve zero tailpipe emissions by 2036.

A drivable fuel cell concept is due to be revealed at some point in the near future. The vehicle will give Land Rover an opportunity to show off how hydrogen could be a more appropriate alternative fuel than batteries for its models, which are typically larger and heavier and prioritise long-distance refinement.