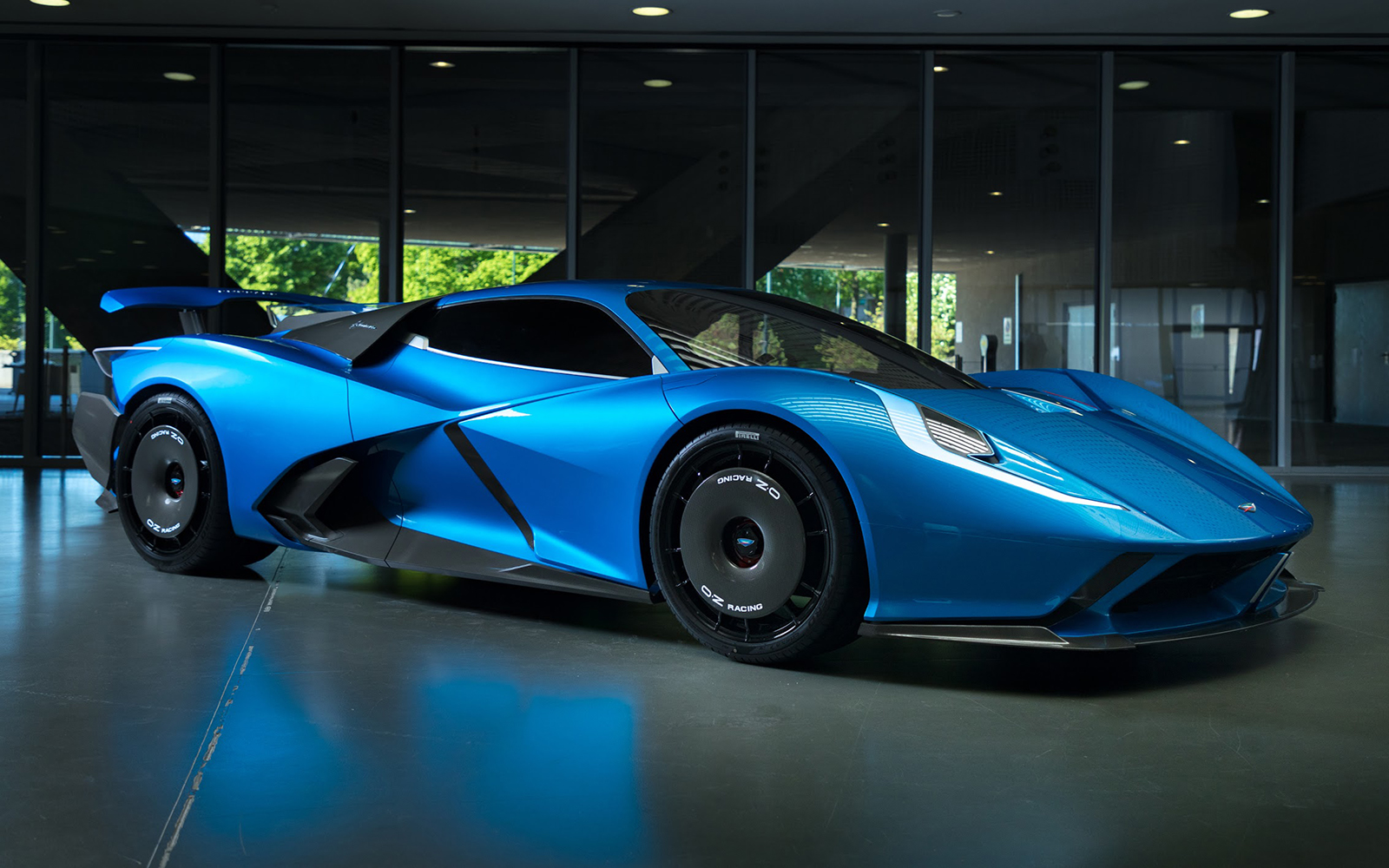 Italian firm Automobili Estrema has fully revealed the Fulminea, an all-electric hypercar with a power output of 1.5 megawatts, equal to 1521kW.

The brand says it will be the first car in the world to have a hybrid battery pack using both solid-state cells and ultra-capacitors, which will power four electric motors. A 0-100km/h time of around 2.0sec is claimed and Estrema expects the hypercar to dispatch 0-320km/h in less than 10.0sec.

Roberto Olivo, Estrema’s chief operating officer, was hesitant to give a top speed figure, but noted the car would potentially be limited to around 350km/h.

The car’s design has largely been inspired by aspects of nature, including the rear lights, which are said to resemble the form of a peregrine falcon. “The inspiration was not just in nature, but the symbol we have adopted, which is the lightning bolt. ‘Fulminea’ means ‘lightning fast’ in Italian, and the lightning bolt is a symbol of electricity, speed and clean energy,” Olivo said.

The Fulminea’s battery pack has a capacity of 100kWh, giving an expected WLTP range of 520 kilometres, and weighs 300kg, contributing to a total kerb weight of 1500kg. Estrema also claims new levels of rapid charging with the Fulminea. “We want to keep the charging rate at the highest possible level,” said CEO Gianfranco Pizzuto. “Our target is 10% to 80% in about 15 minutes.”

The car is expected to hit the market in the second half of 2023 with just 61 examples to be produced, costing around AUD $3.6 million each. Solid-state batteries are a technology yet to be widely rolled out to production cars, with large car companies investing significantly to develop a new approach towards electric mobility.