Our spy photographers have caught the facelifted Mercedes-AMG E 63 on camera, wearing minimal camouflage. The update ties-in the E 63’s styling with the rest of the updated
E-Class range.

This facelifted E 63 receives an almost identical parts list to the updated standard-issue
E-Class. Up front, there’s a pair of new LED headlights, a reshaped radiator grille and a revised front bumper – and at the rear, this E 63 estate adopts the standard E-Class’s latest tailgate and rear lights. 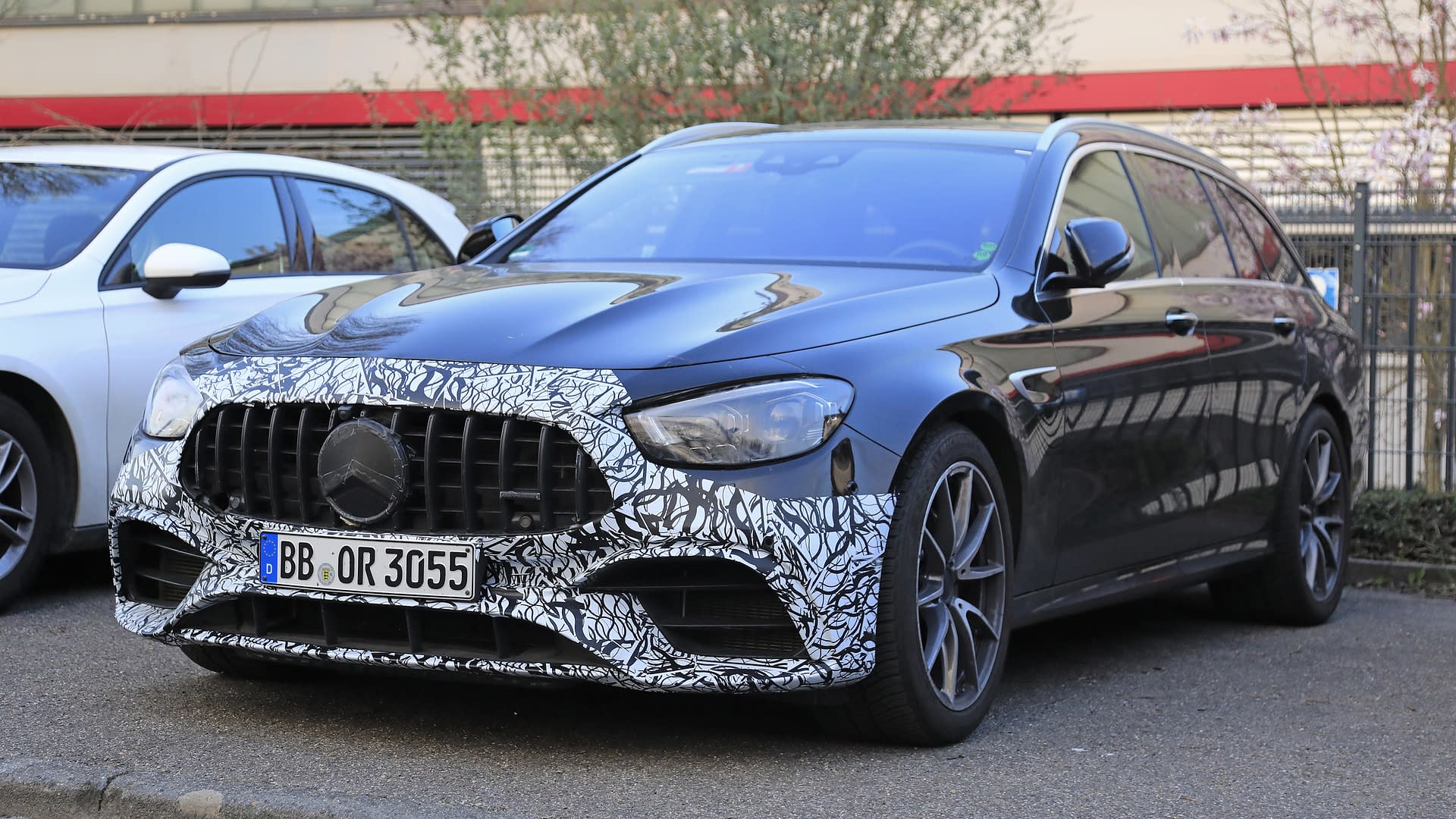 Interior revisions will be equally minimal. Like the standard E-Class, buyers will receive a new sports steering wheel with more responsive touch-sensitive buttons, a couple of trim updates and some fresh graphics for Mercedes’s MBUX dual-screen infotainment system.

The facelift will also bring a few extra driver assistance systems to the E 63. There’ll be an updated version of the previous model’s semi-autonomous driving system, which no longer requires the driver to wiggle the wheel to notify the system that they’re paying attention to the road. The new wheel is capacitive – so gripping it will provide enough feedback.

Buyers will also get Mercedes’s Active Speed Limit Assist system, which can automatically adjust the car’s cruise control according to traffic signs, corners and junctions. The new
E 63 will also source traffic data online and decelerate the car in anticipation of jams ahead, even before the car’s radar can see them. 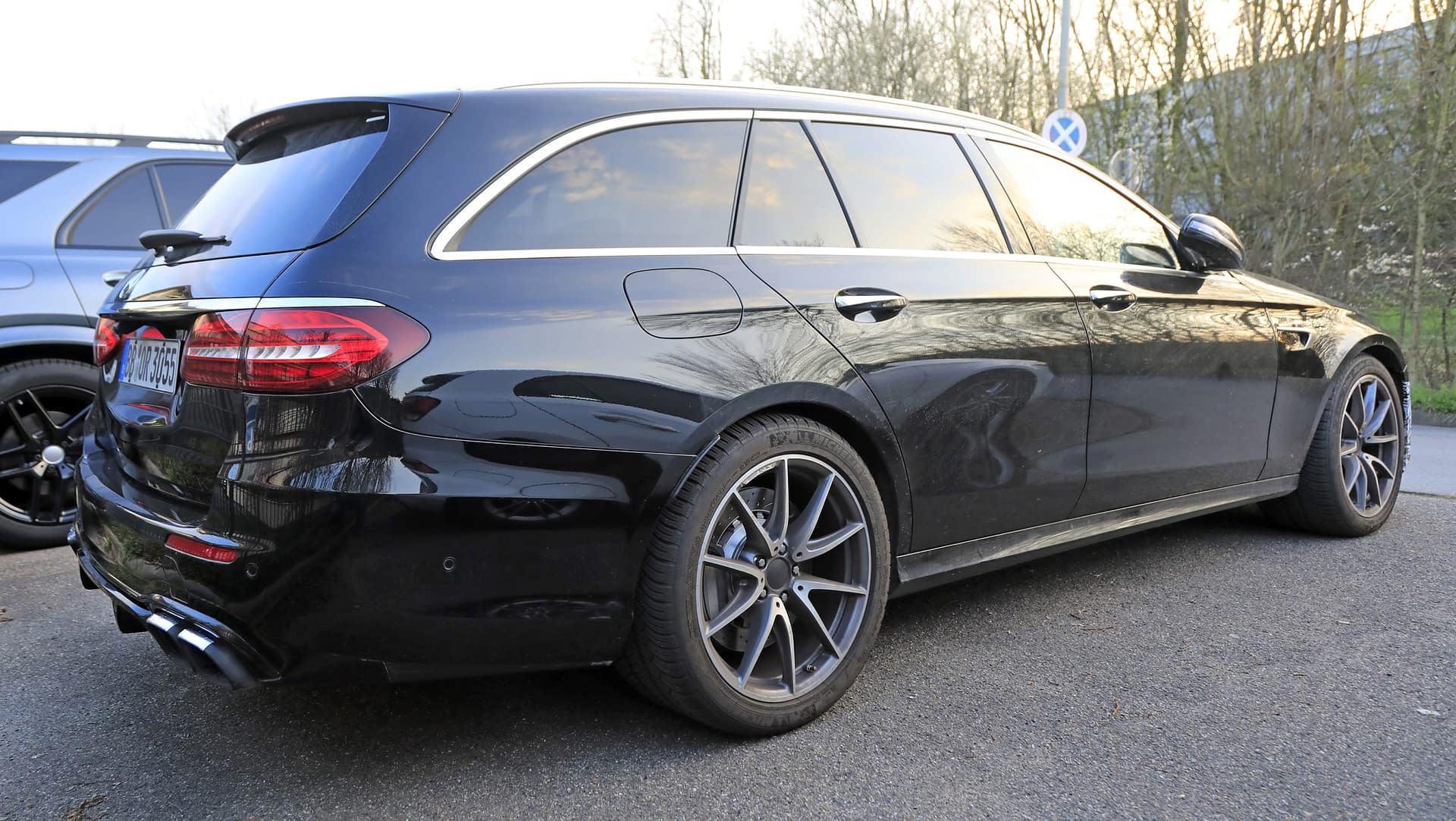 Like the new Mercedes-AMG GLE 63 coupe-SUV, the revised E 63 will be powered by a twin-turbocharged 4.0-litre V8, equipped with Mercedes’s EQ Boost 48-volt starter-generator mild-hybrid system. It’ll be offered to European customers in two states of tune although, like the rest of the AMG line-up, Australian buyers will likely only receive the most potent “S” variant.

The engine’s output will remain the same as the outgoing E 63, with respective power and torque figures of 450kW and 850Nm. As such, its performance figures should remain identical, with a 0–100km/h time of 3.4 seconds and a top speed of 300km/h with the optional AMG Driver’s Package fitted.