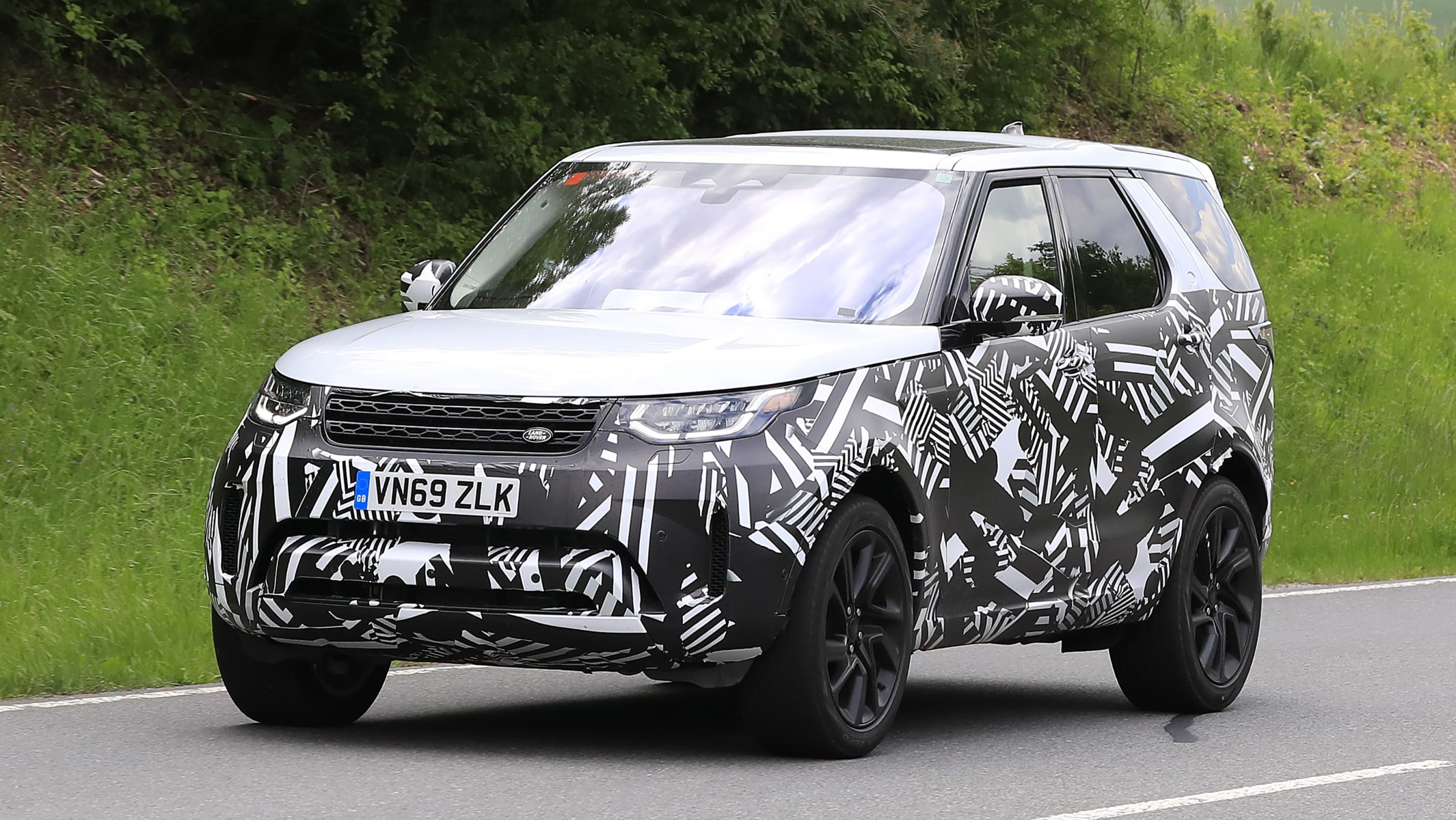 The Land Rover Discovery will soon receive a minor cosmetic update – as well as a new mild-hybrid diesel engine lifted from the Evoque.

These new spy shots are our first look at the facelifted Land Rover Discovery. The British firm’s updated off-roader will go on sale later this year, boasting a minor cosmetic revision on the outside, a subtly updated cabin and a range of new mild-hybrid diesel engines, lifted from the Range Rover Evoque.

Styling revisions are restrained, stretching to a pair of new LED headlamps and some fresh LED tail lights. Buyers will also likely be offered a few extra paint finishes and alloy wheel designs. But overall, the new Discovery will likely carry forward the current model’s looks. Interior updates should be a little more substantial. Like the soon-to-be revised Jaguar F-Pace – with which the Discovery shares its platform – this facelifted Land Rover should receive JLR’s latest Touch Pro Duo infotainment setup, which comprises a new 10.2-inch central screen and separate display for controlling the car’s heating and air conditioning systems.

However, the biggest news is the potential introduction of mild-hybrid technology to the Discovery’s diesel engine line-up. DVLA records show this mule is registered with a diesel-electric powertrain, suggesting the revised SUV will adopt the same 48-volt mild-hybrid system found in the Range Rover Evoque.

As such, we can expect a new, electrically assisted version of the Discovery’s 177kW 2.0-litre four-cylinder diesel engine, fitted with a small battery pack and a belt starter-generator. This recuperates braking energy, enables the engine to turn off and coast at low speeds, and provides an electrical boost during acceleration, to reduce the load placed on the engine and reduce CO2 emissions and increase fuel efficiency. A 133kW and 221kW version of the same 2.0-litre diesel engine will also be available, fitted with the same technology, and all three powertrains will be fitted with a permanent four-wheel-drive system and an eight-speed automatic gearbox as standard.

Eventually, buyers could also be offered a new plug-in hybrid powertrain. The Land Rover Discovery Sport and Range Rover Evoque are now both available with a plug-in setup consisting of a turbocharged 1.5-litre three-cylinder petrol engine powering the front axle, a synchronous permanent magnet motor driving the rear and a 15kWh battery pack.

Total system output stands at 227kW and 540Nm of torque, which gives the Evoque PHEV a claimed 0–100km/h time of 6.1 seconds, a maximum all-electric range of 66km and an official WLTP fuel economy figure of 1.4L/100km.

Given the added size and weight of the seven-seat Land Rover Discovery, it’s likely that Land Rover’s engineers will look to leverage the P400e setup found in the Range Rover and heading to the new Defender. This uses a larger 2.0-litre turbocharged petrol engine and an electric motor mated to a 12.4kWh battery, enabling 298kW, CO2 emissions of around 70g/km, and all-electric motoring up to around 50km on a single charge.