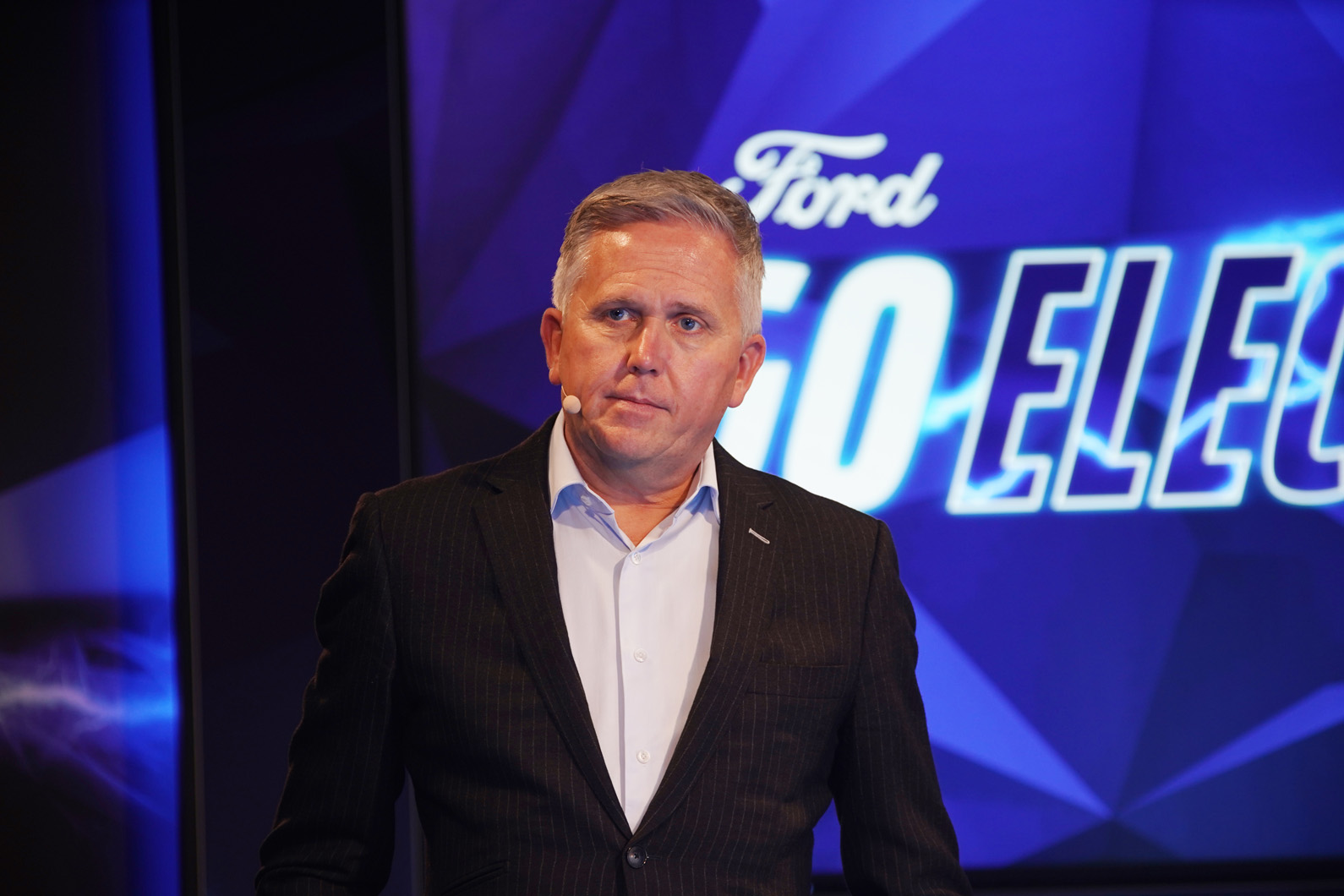 Ford has hinted that it could build multiple electric vehicles based on the Volkswagen Group’s MEB platform – but its European boss has insisted the firm “will not cede leadership in this technology to anybody” in doing so.

Ford and the Volkswagen Group have agreed a wide-ranging engineering partnership, involving Ford developing commercial vehicles for the two firms, while also gaining access to the VW Group’s MEB platform.

The Blue Oval is currently undergoing testing of its first MEB-based EV, a small SUV due in 2023 that will sit under the Ford-platformed Mustang Mach-E, and it is understood at least one more Ford using the platform is being planned.

Asked during the FT Future of the Car summit about building further models on the MEB platform, Ford’s European president Stuart Rowley said: “We have a point of view on that and we have certain things we’ve agreed with Volkswagen. Our alliance is not meant to be capped or defined, and we’re going to look for opportunities to work together for mutual benefit where it makes sense for both companies.

“I’ve got a point of view [on future plans], we haven’t shared that, but there could be a lot of opportunities with commercial vehicles, the MEB platform and in other areas.”

Asked if there was a risk to Ford of using Volkswagen’s MEB platform for small- to medium-sized vehicles rather than developing its own EV architectures, Rowley added: “In Ford we have our own global battery-electric vehicle platforms, and we always will, such as with the Mustang Mach-E and the new F-150 Lightning. We will not cede leadership in this technology to anybody.

“The mid-sized vehicle segment in Europe is very important and there Volkswagen has a lot more scale than Ford so it makes sense [to use MEB]. For Ford, commercial vehicles in Europe are vital and we have an agreement for a new one-tonne van [the next-generation Transit and Transporter] and pick-up [the Ranger and Amarok] with Volkswagen and we’ll take the lead on those.

“The capital required to go on this journey is huge and we’re not the only company in this industry to look at alliances. We’re both clear-eyes about it but so far we’re both really pleased with the platform.

“As we go forward where one company has scale it makes sense to draw on that. But to be very clear Ford has and will have its own global battery electric platforms.”