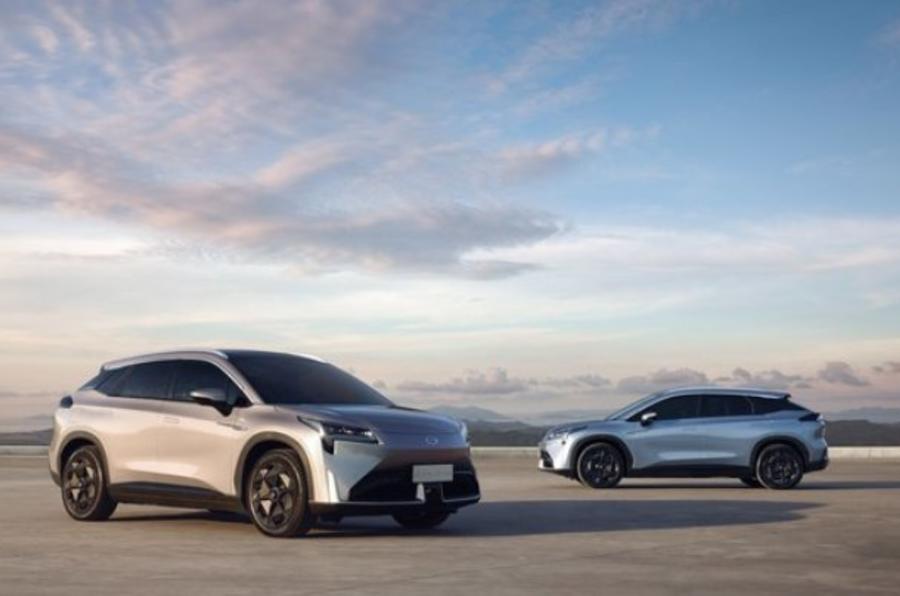 New anode technology is claimed to endow the updated SUV with a 1000km-plus range.

GAC electric vehicle brand Aion has unveiled an upgraded version of its LX SUV at the 2021 Guangzhou motor show, claiming it has a range of up to 1008km on the official CLTC (China Lig.ht-Duty Vehicle Testing Cycle) procedure. This has allowed Aion to increase the LX Plus’s battery capacity by 48.6kWh without any major re-engineering of the two-year-old SUV’s body structure.

Aion claims an energy density of 205Wh/kg for the LX Plus’s newly developed battery. This compares with 180Wh/kg for the battery used by the standard LX. Energy consumption on the CLTC procedure is rated at 6.6km per kWh.

The four-wheel-drive LX Plus is powered by two electric motors with a claimed combined output of 540kW. Its maker puts the 0-100km/h time at 2.9sec and top speed at 170km/h.

The LX Plus is due to go on sale in China in early 2022. Pricing has yet to be announced.