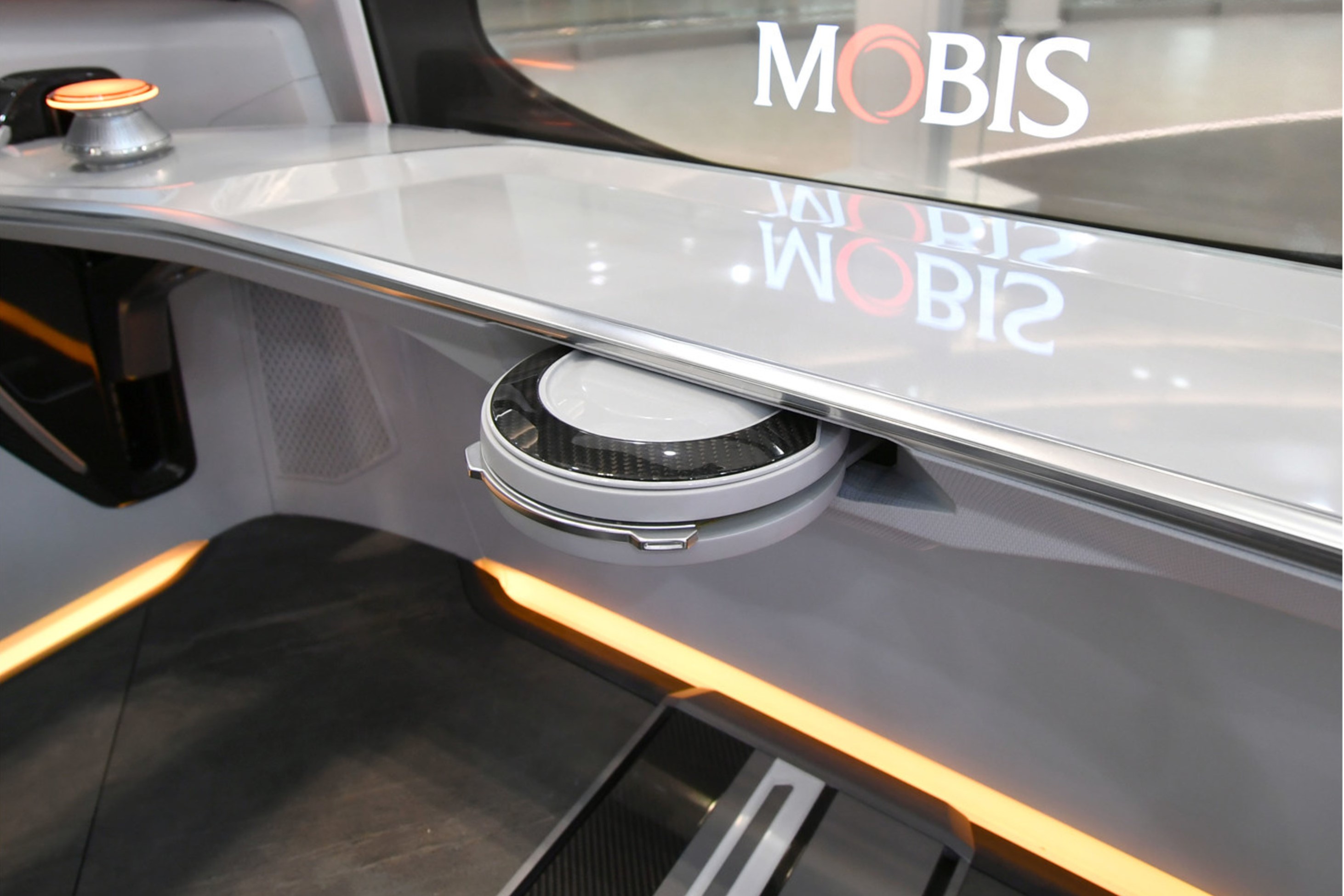 The wheel can move forward and back a total of 25cm, fully retracting into the dashboard when not in use in order to free up more space in front of the driver’s seat.

Patents for the device are being filed around the world, and the company believes it could export it to other car manufacturers in the future.

“Hyundai Mobis goes beyond simply reinterpreting existing technologies and instead develops parts technologies that apply to future cars in totally new ways,” said Jang-don Choi, managing director of chassis and safety BU at Hyundai Mobis. “We will continue to develop future-oriented innovations based on our knowhow of core technologies.”

Hyundai Mobis designed entirely new core parts for the system, including the steering column, a reaction-force control device and a supplied sliding-rail mechanism, all built with durability and reliability in mind.

The foldable wheel is also compatible with steering by-wire set-ups, where a physical connection between the steering wheel and the tyres is replaced by electronic signals.

Hyundai Mobis believes this delivers the best possible performance in various road conditions by minimising the vibrations that reach the driver.

Meanwhile, a set of sensors and an ECU are built into the system to ensure that any vehicle can continue to steer itself in the event of an emergency.