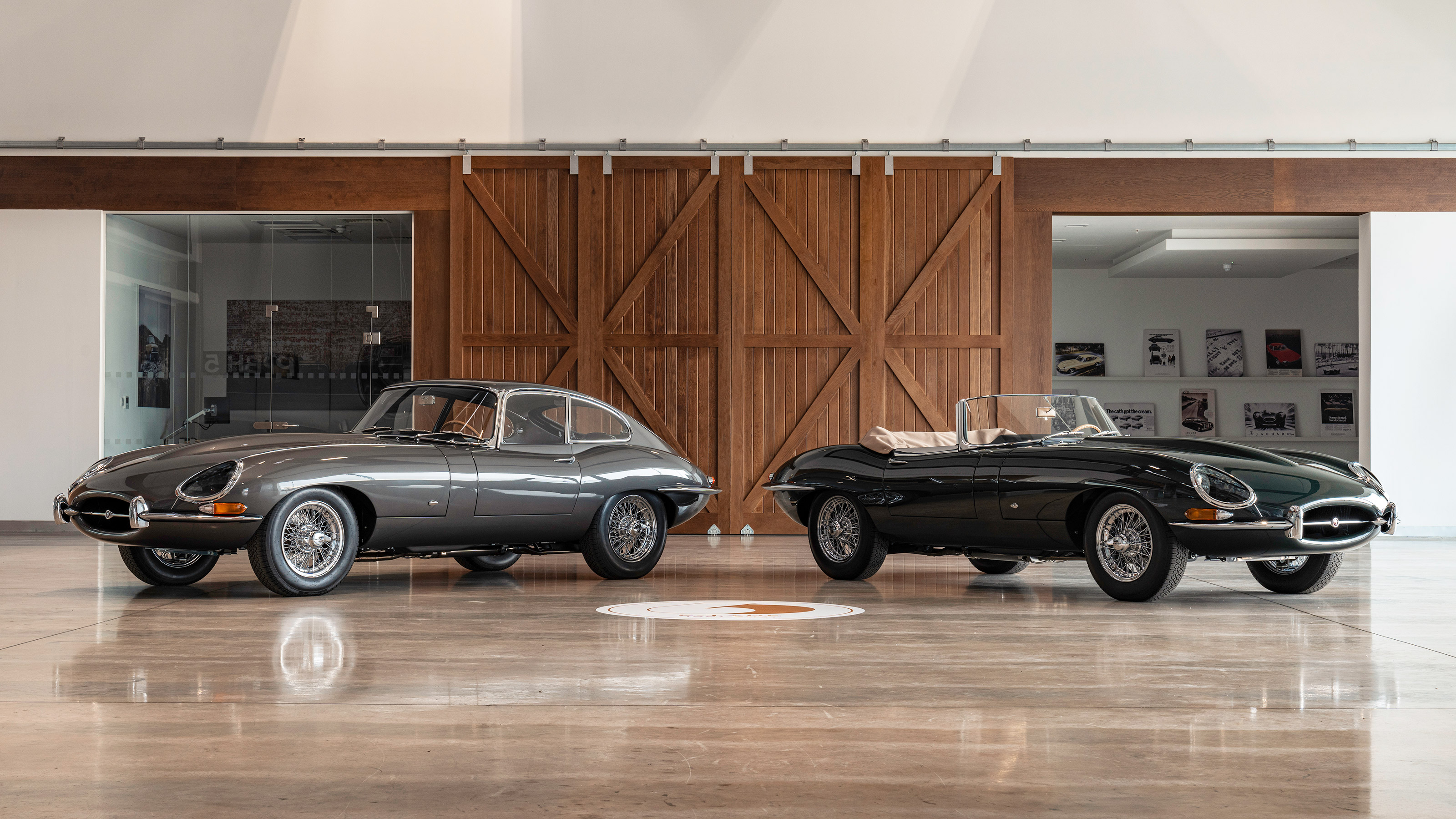 The Jaguar E-Type 60 Collection marks six decades since the car was unveiled at the 1961 Geneva Motor Show. Six pairs, each comprising a roadster and coupe, are to be built, priced at around £850,000 (approximately AUD$1.5 million) for the pair.

Collectors will not be able to buy the cars individually, though a choice of left or right-hand drive is available. Some orders have already been taken but a few pairs are still available. The coupe is finished in Flat Out Grey and the roadster in Drop Everything Green, both unique colours specially created and reserved only for the 60 Collection models. The distinctive shades are named after the haste with which the E-Type was driven to Geneva in 1961.

The cars are largely true to the original E-Type launch models, but have a few choice modern conveniences. Modern cooling and ignition systems are fitted for durability, a retro-styled infotainment system brings convenience, stainless-steel exhausts are “dimensionally identical” to standard spec but add a “deeper tone”, while the cars have close-ratio five-speed manual gearboxes for improved usability. The E-Type 60 Collection cars are fully restored 1960s models, each stripped down to the bare metal, and rebuilt using as many original components as possible. Around 1,100 hours are spent on the bare metalwork alone and the restoration work carried out at Jaguar Classic in Coventry includes the fitment of suspension dampers purpose-built from the original drawings. As well as a few subtle modern improvements, the cars come with four ‘E-type 60’ logos: one on the rev counter, one of the fuel filler, one on the chassis plate, and one on the bonnet badge. Specially designed gearbox casings were also created, meaning no bodywork was cut and that the original four-speed gearboxes (included with the cars) can be refitted should owners wish. Hand-engraved centre consoles etched by Johnny ‘King Nerd’ Dowell, meanwhile, chart the routes taken to Geneva, with the coupe and roadster having slightly different maps, reflecting the journeys taken by drivers Bob Berry and Norman Dewis on their way to the show in 1961. The coupe was originally chosen as the Geneva car, but such was the demand for test drives, Dewis was told to “drop everything” and drive a roadster from Coventry to Geneva overnight.

Both cars feature a 198kW 3.8-litre straight-six engine, for a 0-100km/h time of seven seconds, and a top speed of 240km/h. Buyers also get a bespoke car cover, tool roll and jack storage bag, and will be invited to a commemorative drive – complete with “exclusive stays and fine cuisine” – from Jaguar’s home base of Coventry to Geneva in Switzerland in summer 2022. Dan Pink, director of Jaguar Classic, called the 60 Collection “the ultimate birthday present to the E-type”, with the cars representing “a labour of love for our designers, engineers, craftspeople and partners.” He added: “Exquisite detailing combined with enhanced usability ensure these E-types will be coveted and enjoyed for decades to come by their discerning owners”.