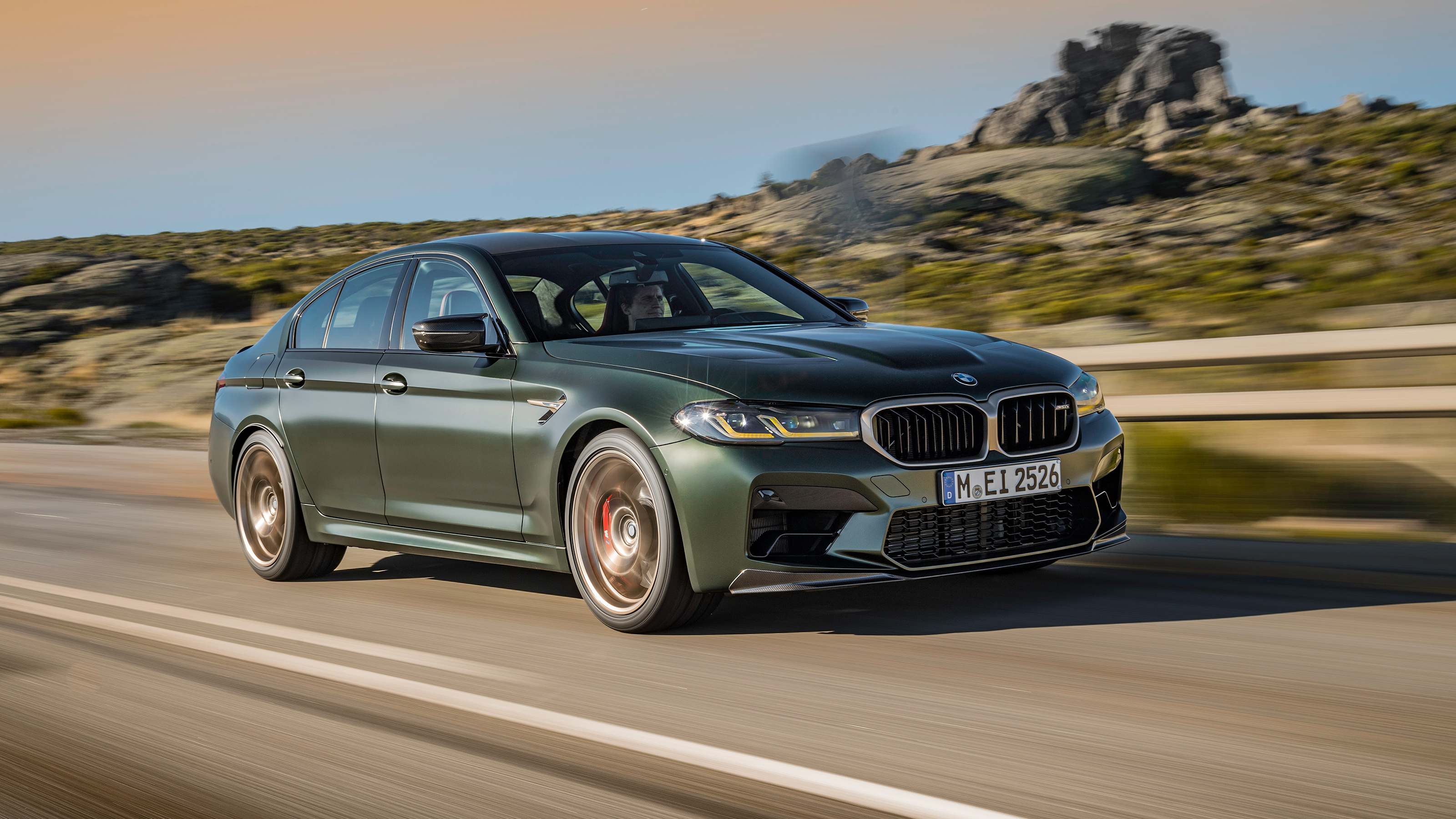 BMW has launched a new, range-topping version of the M5. It’s called the CS and, like the M3 CS, has a little more power, a sharper chassis set-up and a few cosmetic tweaks over the standard model. It will cost $305,900 drive-away with first deliveries due mid-year.

Like the BMW M5 Competition, the M5 CS is powered by a twin-turbocharged 4.4-litre V8 engine, but it benefits from an improved oil system and better cooling. The motor now produces 466kW and 750Nm – enough for a 0-100km/h time of 3.0 seconds and an electronically limited top speed of 304km/h. That makes it the most powerful and fastest production car that BMW has ever built. The engine sends drive to all four wheels via an eight-speed automatic gearbox, but you can vary the distribution of power between the front and rear axles. The CS also has the option to send all the V8’s power to the rear wheels only, which BMW says “allows skilled drivers to enjoy the driving experience offered by past generations of the M5”. To support the extra performance, BMW has lowered the M5’s suspension by seven millimetres, fitted a new shock absorbers (borrowed from the M8 Gran Coupe) and added some grippier Pirelli P Zero tyres.

The CS has bespoke engine mounts, carbon-ceramic brakes and an active exhaust fitted as standard. Cosmetic tweaks for the BMW M5 CS are extensive, stretching to a new set of 20-inch alloy wheels, a more aggressive bodykit, a fresh quad-exit exhaust and some illuminated treadplates with “M5 CS” badges. There’s also a handful of gold trim accents plus new LED headlights, which feature yellow-tinted side lamps. BMW’s styling revisions aren’t just there for the sake of design. The M5 CS’s bonnet, front splitter, door mirror caps and new rear spoiler are all made from lightweight carbon-fibre-reinforced plastic, which saves around 70kg alone, while the new carbon-ceramic brakes shave a further 23kg off the German kerbweight. The M5 CS’s cabin gets a similarly race-inspired makeover, with a pair of lightweight carbon-fibre front seats, a unique Alcantara-trimmed steering wheel, carbon-fibre paddle shifts and a set of new seatbelts, with red and blue stitching.