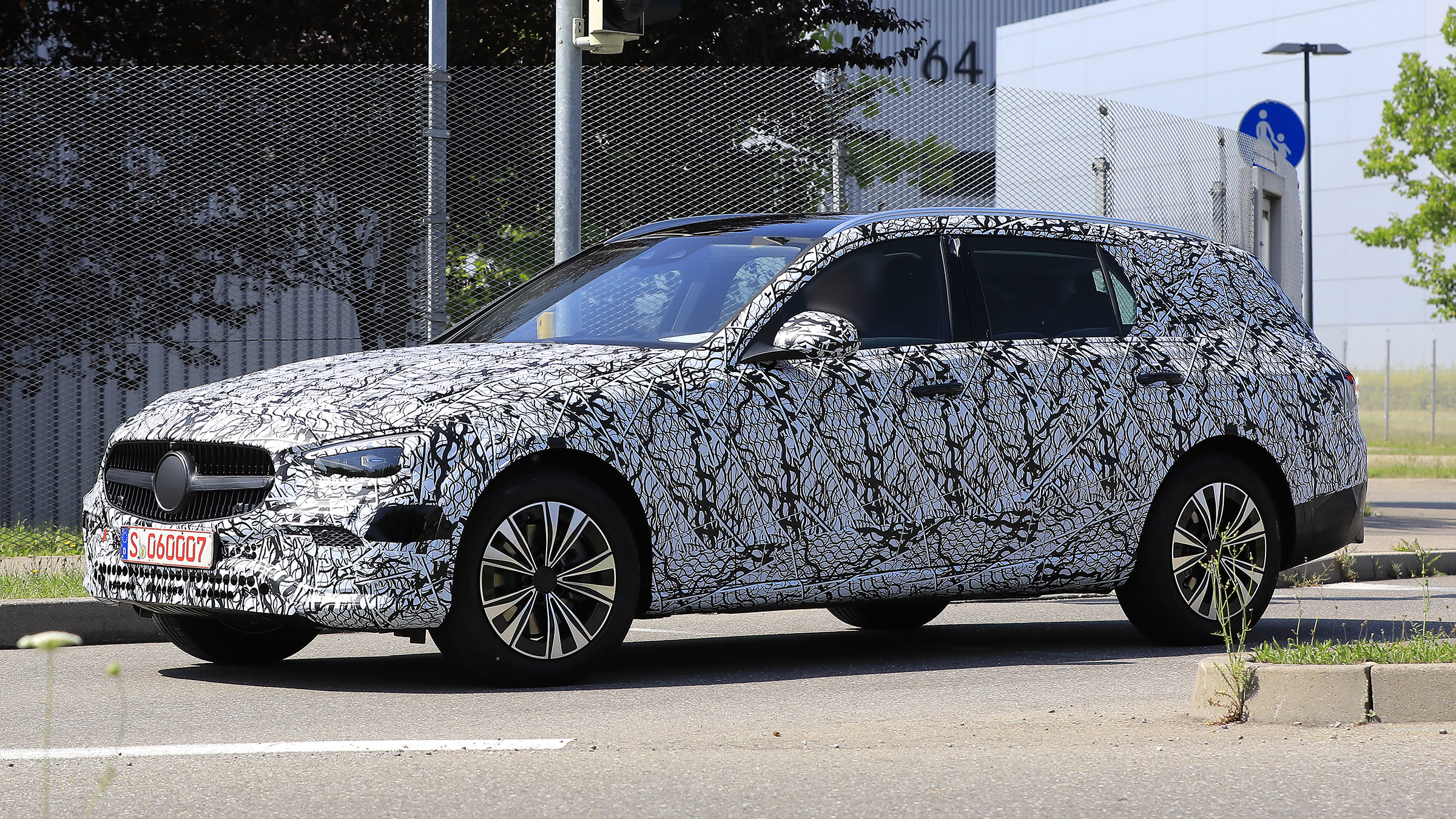 The new generation Mercedes-Benz C-Class Estate due to hit roads next year has been spotted testing.

Our spy photographers have spotted the next-generation Mercedes-Benz C-Class Estate during its development programme. It’ll follow the upcomming replacement for the C-Class sedan into the showrooms in 2021, sporting a similar range of cosmetic and technology upgrades, as well as a refreshed powertrain line-up. When it reaches the Australian market next year, the fifth-generation Mercedes C-Class Estate will wade into the current crop of premium wagons, rivalling the BMW 3 Series Touring, the Audi A4 Avant and the all-new Volkswagen Arteon Shooting Brake.

Judging by these images, the new Mercedes C-Class Estate’s styling will be an evolution of its predecessor’s. It’ll feature the same range of design tweaks that are destined for the new S-Class, with a similar pair of LED headlamps, a new radiator grille and some fresh intakes. However, it’s basic silhouette won’t change much compared to the old car. The most drastic updates will occur inside. Like the upcoming S-Class replacement, the new C-Class will feature Mercedes’s second-generation MBUX infotainment setup, which will bring a new portrait central screen, a fresh digital instrument binnacle and a host of extra convenience features such as augmented reality navigation and gesture control.

As with the saloon, the new C-Class Estate will be based on a revised version of Mercedes’s MRA platform, which also underpinned the previous-generation model. Updates include a slightly longer wheelbase, a range of chassis tweaks and a host of mounting revisions which will provide compatibility with the German brand’s latest powertrain line-up. The new C-Class will be completely electrified across the board, with buyers offered a range of either four or six-cylinder petrol and diesel engines. At the lower-end of the line-up, there’ll be a choice of 48-volt mild-hybrid systems, while the range-topping models will make use of a PHEV system, which should provide a maximum electric range of around 80 kilometres. Driver assistance technology should also receive a boost. Buyers will get the same “level three” assistance system that’s destined for the S-Class, which will offer autonomous running within restricted parameters. In the case of the C-Class, the technology will be able to assume control of the car on the highway at speeds of up to 130km/h.