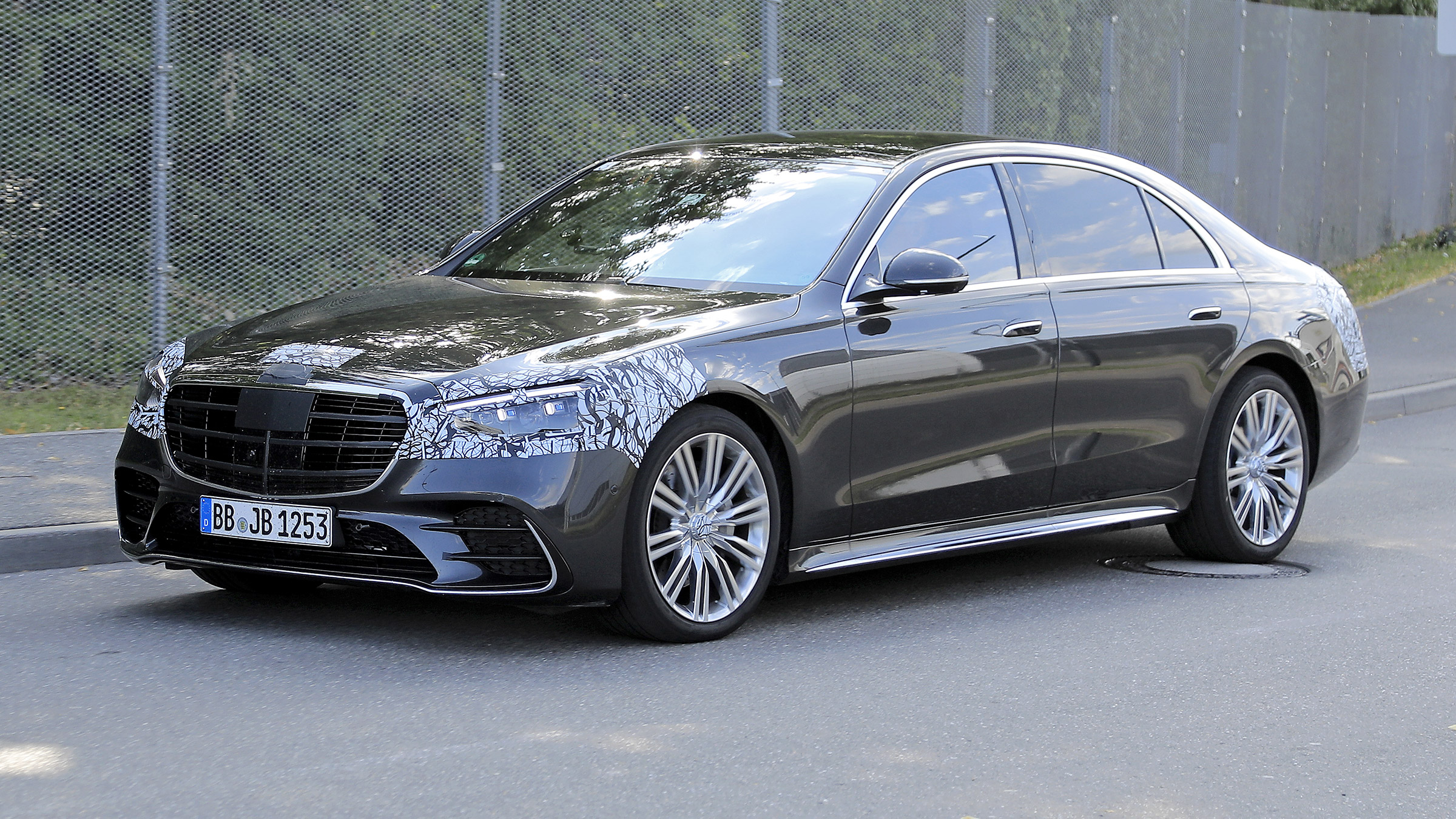 The latest flagship Mercedes S-Class saloon has been snapped again, this time wearing its production-ready bodywork

Our spy photographers have spotted the next-generation Mercedes-Benz S-Class ahead of its scheduled launch in September 2020. The German brand’s latest flagship will receive an extensive overhaul with all-new panelling and a radical new infotainment setup.

These latest images offer our best look yet at the new S-Class’s exterior design. Mercedes-Benz will take an evolutionary approach to the sedan’s styling, retaining its basic silhouette but borrowing some of the design cues which the company has already implemented on its most recent models. For example, the S-Class will receive a pair redesigned LED headlamps, which have a similar shape to those found on the new E-Class saloon and GLC crossover. The car’s broader, new-look radiator grille and bumper intakes also mimic the shape of the flagship GLS SUV’s.

We’re yet to hear anything official on the S-Class’s powertrain range, but we expect the line-up will comprise entirely of electrified options, with a mix of six-cylinder diesel and petrol options – and a choice of either 48-volt or plug-in hybrid assistance. Higher-powered V8 and V12 engines are also possible. An all-electric stablemate for the S-Class is also in the pipeline. The new EQS saloon will enter production at the end of the next year and, like other Mercedes EQ models, it will be an all-electric interpretation of the combustion engined car.

The two models will share some similarities in design and technology, but the electric variant will be purposefully marketed as a flagship model for the EQ line-up. Mercedes says it’ll be capable of covering up to 500 kilometres on single charge.

Mercedes-Benz recently confirmed that the S-Class’s cabin will undergo a complete overhaul. The luxury limousine will be the first model in the company’s line-up to feature the brand’s second-generation MBUX infotainment system, which can operate on up to five separate screens scattered around the flagship’s interior.

The S-Class’s main display will be a 12.8-inch portrait screen, positioned on the dashboard and flowing into the centre console. It’s available with OLED technology and acts as the hub for the car’s many functions and controls, allowing Mercedes to remove 27 physical controls from the S-Class’s dashboard. Buyers get a new digital instrument binnacle, too, which features three-dimensional effect graphics and selectable ambiences. There’s also a new augmented reality head-up display, which projects navigation instructions onto the windscreen, making them appear as though they’re ten metres in front of the vehicle.

In the rear, two entertainment displays are fitted into the backrests of the front seats, while a removable table display is optional. Mercedes says that rear seat passengers have access to the exact same information and features as those in the front, and that information can be shared seamlessly across every display in the car.

Mercedes’s latest MBUX system also adds a new Interior Assist function, which uses cameras in the car’s overhead panel to interpret the head, hand and body movements of those on board and automatically enable corresponding vehicle functions. For example, if the driver reaches over to the passenger seat to grab something at night, the light above the passenger seat will automatically switch on. Looking at a side mirror also allows it to be adjusted without the need to operate a physical switch.

Interior Assist introduces a few extra safety features, too, such as detecting if a child seat is not correctly fastened. The system also works with the car’s blind spot assist, to monitor the vehicle’s surroundings when a passenger leaves the car. If an occupant attempts to exit the car as another vehicle approaches, the ambient lighting will pulse red as a warning. Finally, the second-generation MBUX system debuts a new profile-based personalisation system, with space for up to seven users. Each profile stores a preferred seating position, climate setting, radio station and ambient lighting setting for every seat in the vehicle.

The software is linked to the Mercedes Me Smartphone app – meaning a quick scan of a QR code is all that’s required for the S-Class to download the personalised settings. Mercedes has also confirmed that this system will be added to all of its future vehicles that adopt the improved MBUX infotainment system.

German marque is keen to simplify its range and cut costs, and fan favourites have entered the crosshairs
Read more

Electric flagship is spotted with less disguise ahead of sales next year; range of more than 700 kilometres claimed
Read more
Facebook