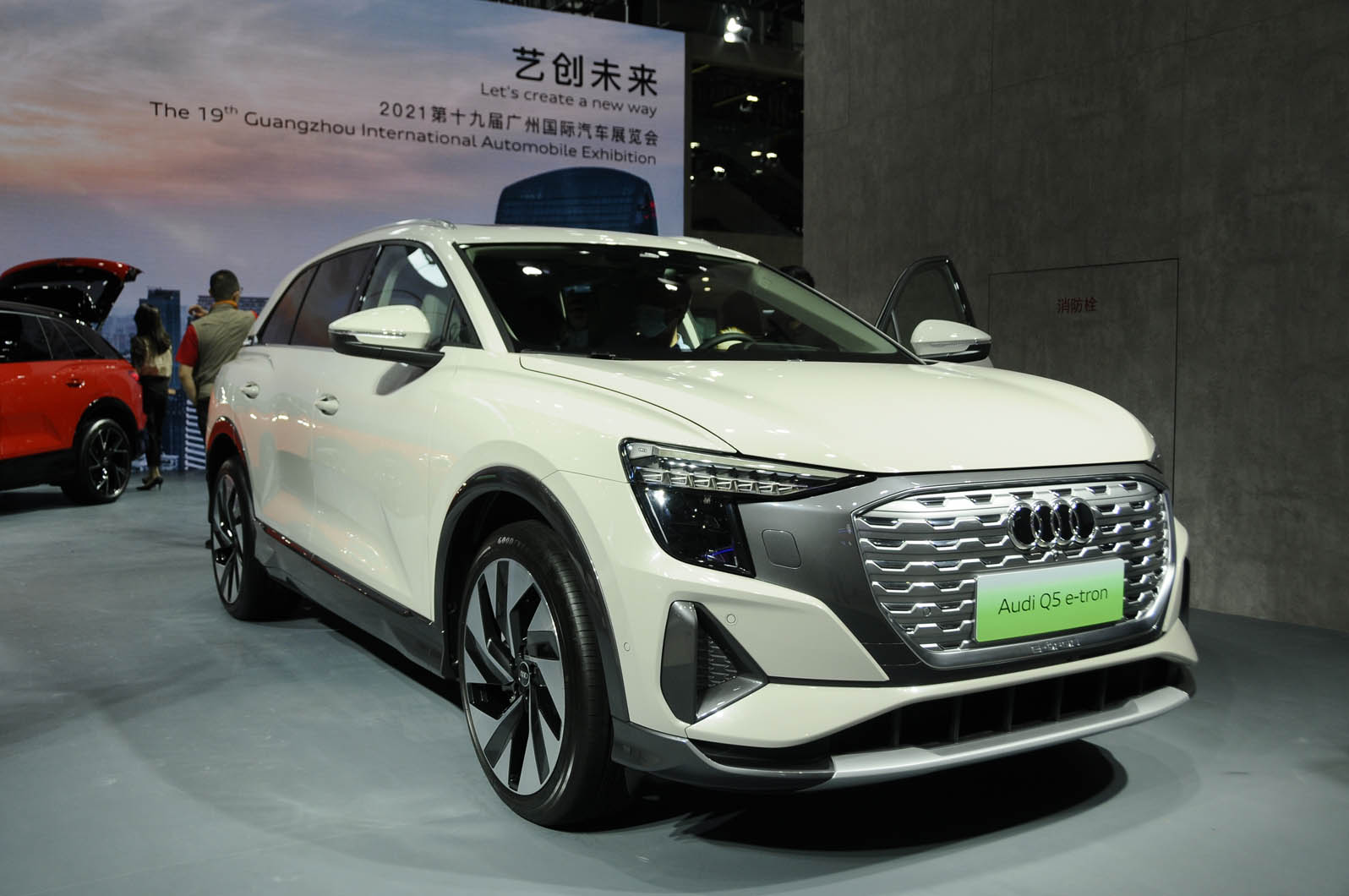 Audi has unveiled the China-only Q5 E-Tron at the Guangzhou motor show.

The EV, previewed by the Concept Shanghai back in April, is built on the VW Group’s MEB electric vehicle platform, which also provides the underpinnings for the Audi Q4 E-Tron, Skoda Enyaq and Cupra Born, as well as Volkswagen’s ID models.

The Q5 E-Tron will be built by the SAIC-Volkswagen joint venture, and is mechanically identical to the Volkswagen ID 6 crossover.

Outside, the styling closely matches the Q4 E-Tron, though the Q5 E-Tron is almost 30cm longer than the European-market car. This extended length allows for a folding third row of seats in the back, giving this car seven seats as standard. The middle row of seats can be replaced by two captain’s chairs.

Three performance variants are available. The 35 entry-level model features a 130kW rear-mounted motor powered by a 63.2kWh battery, allowing for a range of 420 kilometres. The range-topping 50, meanwhile, uses the same battery but features a dual-motor, all-wheel-drive setup, producing 222kW and having a 520-kilometre range. The Q5 E-Tron is the latest in a series of China-only EVs produced by SAIC-Volkswagen, the VW Group’s joint venture with the Shanghai Automotive Industry Corporation, which has been running since 1984.

Although there are no plans to bring the Q5 E-Tron to the UK, we will get the bigger and more luxurious Q6 E-tron next year. Built on Audi’s all-new PPE platform, which itself was developed in cooperation with Porsche, the Q6 E-Tron will serve as a sister car to the next-generation Porsche Macan EV.