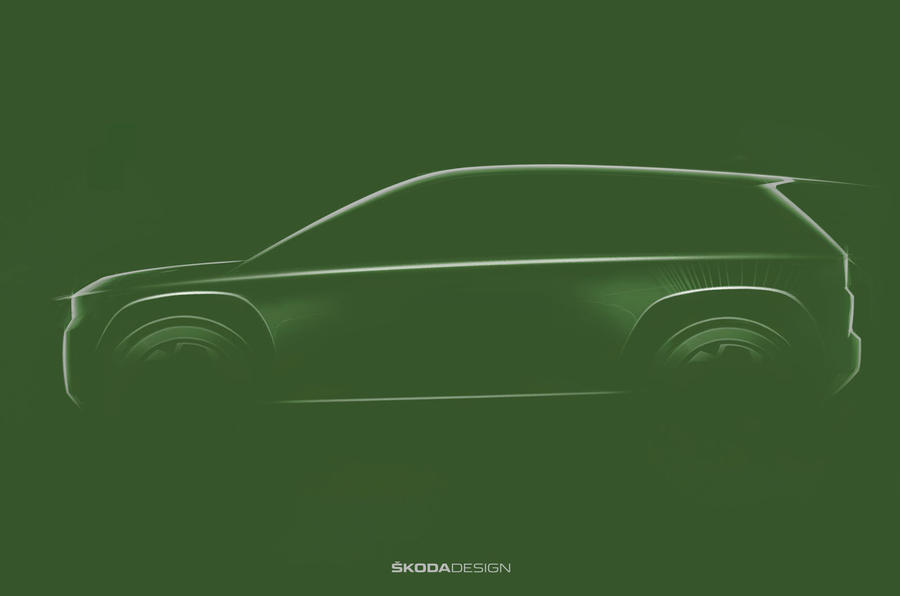 The upcoming Skoda small car will share a platform with similar Volkswagen and Cupra EVs.

Skoda has confirmed an all-new electric hatch with Volkswagen releasing teaser images of its own ID model and Cupra’s version alongside the Skoda EV.

We expect the new Skoda to arrive in 2025 together with the Cupra and Volkswagen versions, and that the car will feature Skoda’s ‘modern solid’ design language. Technology from parent company VW is certain to appear on the car.

While we can’t see a lot of the design details from the teaser image, the overall proportions suggest it’ll be a Fabia-sized supermini. As a result, it’s likely to utilise the new MEB Entry platform and should provide competition to the upcoming Volkswagen ID.1. The design looks to be much simpler than that of the overtly sporty Cupra and more angular than the rounded ID model. The large wheel arches are almost square in shape and there’s a simple shoulder line running from the headlight to the rear light. There’s not much overhang front or rear, suggesting Skoda plans on using every inch of that new platform to help with battery placement and maximise passenger space.

Pricing for the entry-level Skoda EV could undercut its sibling from VW so a starting price of under €20,000 (AUD$30,000) could be possible.

In another social media post, VW also confirmed its new Sagunto electric car battery plant in Spain will start construction in 2023 – which is where we can expect the new batteries for these new supermini EV to be produced.

Battery capacity isn’t likely to exceed the biggest 77kWh ones currently found in the larger VW ID.3 or Cupra Born so expect around 58kWh to be the limit for the electric Skoda. Given the smaller body, however, this could still result in a range of around 450km.

This isn’t the only new electric model Skoda has teased in recent weeks. A blurred image of an all-electric Skoda SUV was released in March 2022 and while it didn’t give much away we can determine from it that a new SUV EV to sit under Skoda’s Enyaq is imminent.