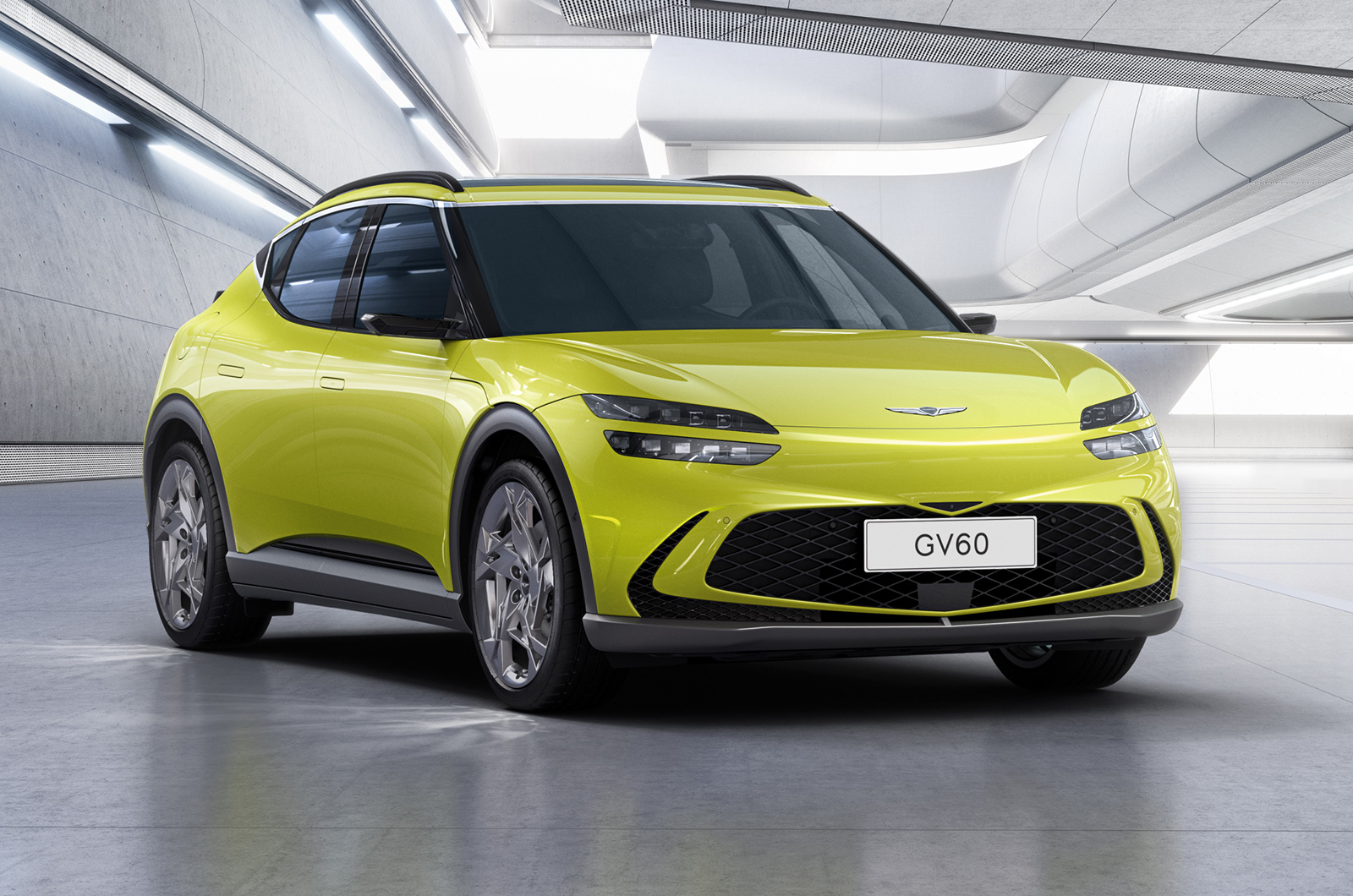 Genesis has unveiled the GV60 as its first bespoke EV, vowing that it will offer a “totally new experience” in the premium market.

The new crossover is based on the Hyundai Motor Group’s advanced E-GMP architecture for EVs, which is also used by the Hyundai Ioniq 5 and forthcoming Kia EV6.

It features an 800V electrical architecture, allowing for ultra-rapid 350kW charging, and can host both single- and dual-motor powertrains with a range of battery sizes.

The GV60 will sit below the GV70 and GV80 in Genesis’s SUV line-up and will be the brand’s second EV in the European market, following the electric version of the G80 saloon.

The GV60 showcases a new evolution of Genesis’s design language, with the Two Lines lights at either side of a flush front end that features a revamped version of the firm’s logo. The lower portion of the front features a large grille that Genesis says is intended to both emphasise dynamic performance and add cooling of the high-voltage battery. There’s also a single-panel ‘clamshell’ bonnet.

The GV60 has an SUV-coupé side profile, with clean bodywork enabled by pop-out door handles and video cameras in place of wing mirrors.

The rear of the car features a fixed wing at the tail end of the coupé-like roofline. Inside, a twin-screen digital display dominates the dashboard, while a large central console houses both storage space and key vehicle controls, similar to in the Ioniq 5 and EV6.

The automatic transmission is controlled by an unusual ‘Crystal Sphere’, which Genesis says also features built-in mood lights that illuminate when the car is turned off.

Genesis hasn’t yet disclosed any technical details for the GV60, but it will likely be closely matched to the Ioniq 5 and EV6. That means it will likely be offered with both 58kWh and 77.8kWh batteries, with the larger-capacity option offering a range of more than 480 kilometres.

The GV60 will be one of three EVs that Genesis will launch in Europe in the next year, although there’s no word yet on when it will go on sale in Australia.

Pricing information is also yet to be disclosed.