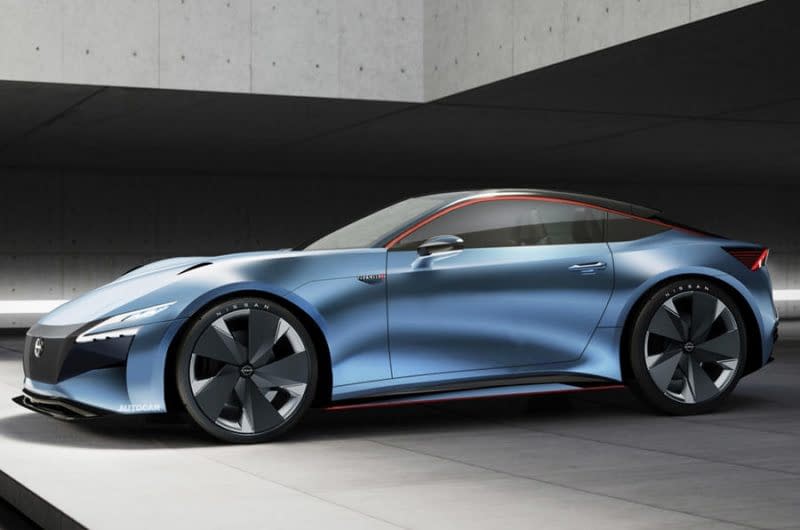 Long-awaited 370Z replacement will send 300kW to its rear wheels, and is expected to be unveiled within the next year.

Tipped to be called the 400Z (referencing 400bhp or 300kW), it’s set to make use of a twin-turbocharged V6 offering greater levels of performance than its predecessor.

With the 370Z having been on sale with only minimal changes since 2009, rumours of what will replace it have been circulating for years.

Nissan recently filed a trademark application in Canada for redesigned Z badge. It uses a retro font that harks back to the original Z car, the Datsun 240Z, and the later 260Z and 280Z. 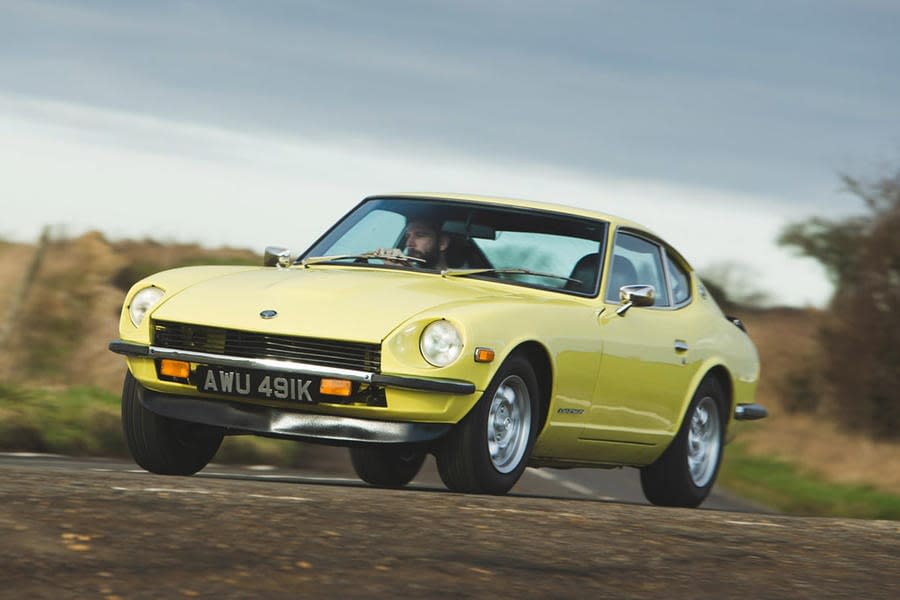 The badge won’t be the only element of the 400Z designed to evoke memories of previous Nissan sports cars, however. Some dealer managers in the US – the car’s largest market – have been privy to the new design, and it’s understood from them that the Japanese brand has returned to its roots with a 240Z-inspired nose and 300ZX-inspired tail-lights. 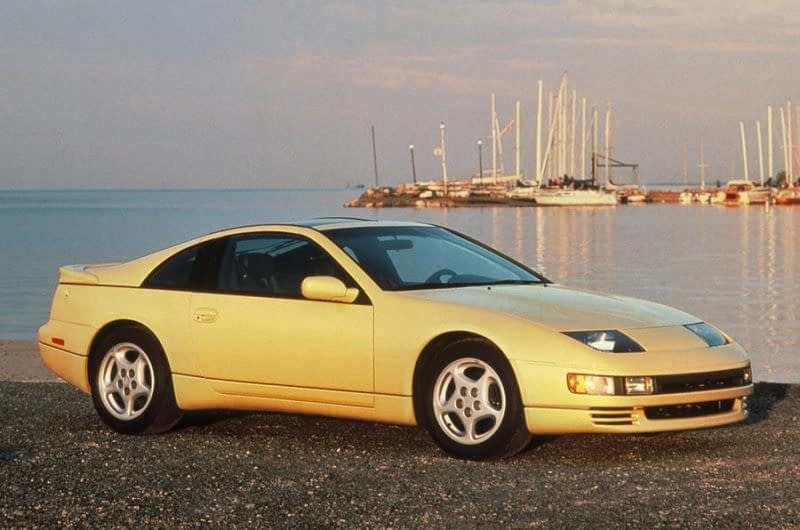 Significant upgrades will also be made to the interior of the 400Z over and above the 370Z, which was often criticised for its outdated design.

Material quality is set to be brought into line with Nissan’s latest US-market models, while the antiquated touchscreen will be replaced by a modern infotainment system featuring connected services.

A digital instrument display could also be offered, while advanced driver assistance technology will be brought in.

Details of the 400Z’s specific underpinnings have yet to be divulged but, given the relatively low sales and margins of sports cars in this segment, it’s unlikely to be a bespoke platform. The rear-wheel-drive architecture of sister brand Infiniti’s Q50 and Q60 could be a prime candidate for adaptation. 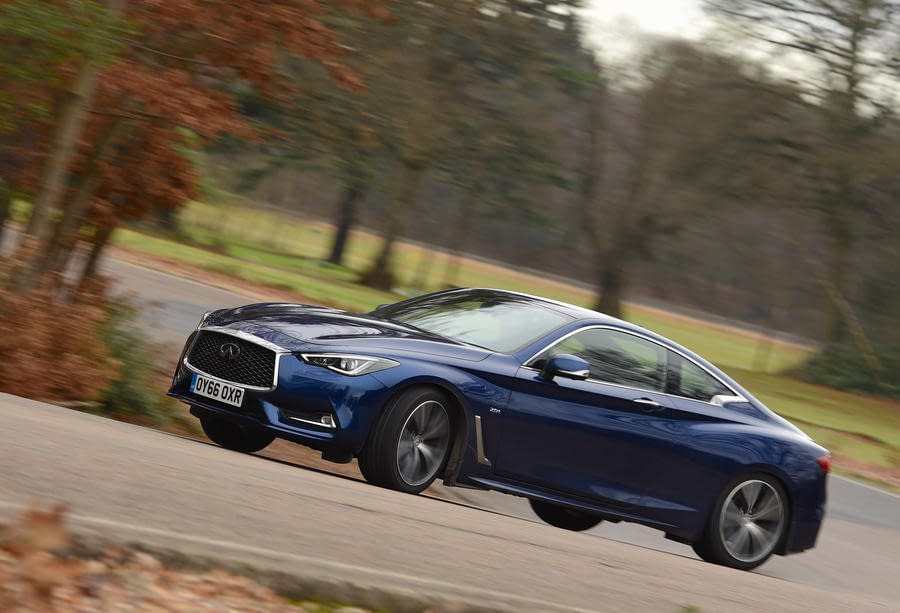 Supporting this theory, Automotive’s partner Autocar understands that the 400Z will make use of an Infiniti-sourced powertrain. Shunning the natural aspiration of its recent forebears, the new sports car is tipped to utilise the flagship Q60’s 3.0-litre twin-turbocharged V6.

This all-aluminium engine is part of the VR family, which also includes a larger 3.8-litre unit used by the Nissan GT-R.

Producing 300kW in the Q60 (where it’s mated to an all-wheel drive system), the 3.0-litre V6 powers the four-seat coupé from 0-100km/h in 5.0sec. Although the 400Z is expected to be rear-wheel drive, its performance should be better than that, given that it will be significantly lighter than the 1825kg Infiniti.

Nissan has experimented with this engine in the 370Z already, fitting it with a manual gearbox and displaying it at the SEMA aftermarket trade show in 2018. The 400Z name also implies this power output, plus the latest prototypes of the new Z car spied testing wore modified 370Z bodywork.

The 370Z appeals firmly to fans of old-school, enthusiast-targeted sports cars, so it’s likely Nissan will want to offer a manual gearbox alongside an automatic. However, rivals such as the Toyota Supra and Alpine A110 go without a stick-shift option. 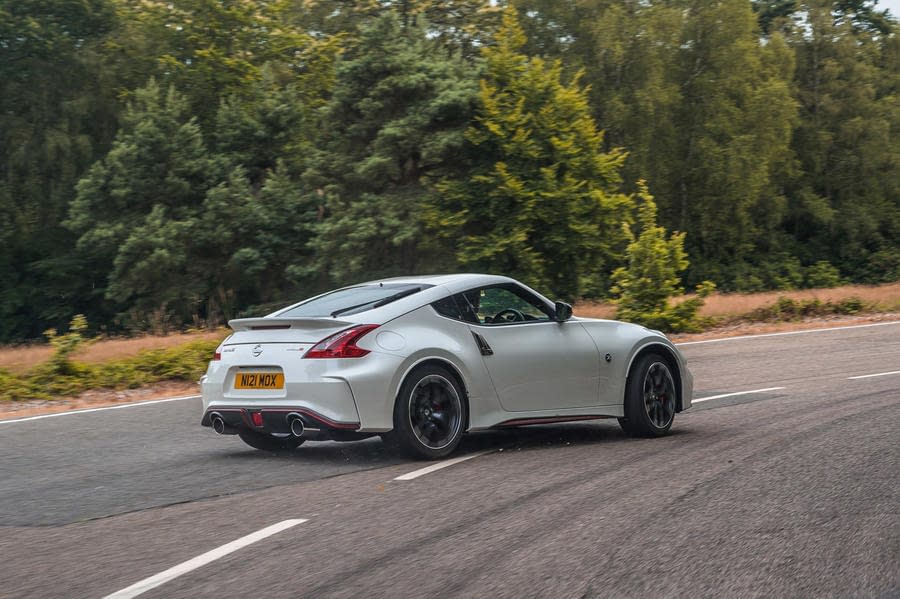 There’s also scope for the Nismo sub-brand to make a return on a future faster variant of the 400Z, with more hardcore suspension tuning and racier styling. Whereas the previous 370Z Nismo benefited from a boost of only 12kW over the standard car, turbocharging allows engineers to easily release significantly more power if necessary.

Nissan product planning boss Ivan Espinosa confirmed that a plan was in place, saying we “can expect something soon” on a new Z model. Design boss Alfonso Albaisa echoed this, saying it was “easy to imagine” a successor to the 370Z.

He added: “The Z is the car that democratised sports cars back in the ’60s. Before that, you had to have the money to buy a Porsche or Jaguar. The current car has been a long time in dealerships, and so you can imagine the designers working on a successor, even if I’m not going to confirm it.”

No firm date for the 400Z’s unveiling has been given yet. Sources initially suggested a debut this year could be on the cards, but the pandemic could easily cause the launch to be delayed until next year.

Also a mystery is whether Nissan intends to offer the car in Europe and in right-hand drive. The US has less stringent CO2 targets than the EU, and selling such a car there would have a negative impact on Nissan’s fleet emissions.

However, with modest sales figures likely, this issue could be minimised by restricting supply to these markets.