Porsche will soon expand the Taycan’s line-up with a new Cross Turismo estate variant – and these latest spy shots offer our first undisguised look at the new car’s styling.

The new Taycan Cross Turismo is expected to reach Australia mid-next year, where Porsche hopes the extra body style will help it steal a march over EV competitors from Tesla and BMW.

Unlike the Porsche Mission E Cross Turismo concept from the 2018 Geneva Motor Show, the finished Taycan estate will feature the same design language as the standard saloon. The concept’s rugged body cladding and pseudo-SUV stance have been ditched, with Porsche instead pitching the new model as a sleek shooting brake. This decision means the Taycan portfolio will soon morph into a direct mirror of the Panamera line-up, which is also now supported by an estate-bodied Sport Turismo model. Porsche will also be the first manufacturer to enter the performance estate segment with a pure-electric model – with this new Taycan model squaring up to time-served competitors such as the Audi RS 6 Avant and Mercedes-AMG E 63 estate. Up front, this Taycan Cross Turismo mule looks identical to the saloon, with a pair of slender LED headlights set into hollowed-out “eye-sockets.” The charging port hasn’t moved, either – it’s still located behind the front left wheel. However, it’s all change from the B-pillars backwards. The roofline extends the full length of the car, like that on the Panamera Sport Turismo. The obvious benefit will be an increase in practicality, with rear-seat headroom expected to increase slightly over the standard car.

The estate’s boot space should also swell to around 500 litres – compared to the standard Taycan’s 447-litre capacity. However, the extra practicality will come at a premium, with the price of this Cross Turismo variant likely to increase by around $10,000 over the standard car. 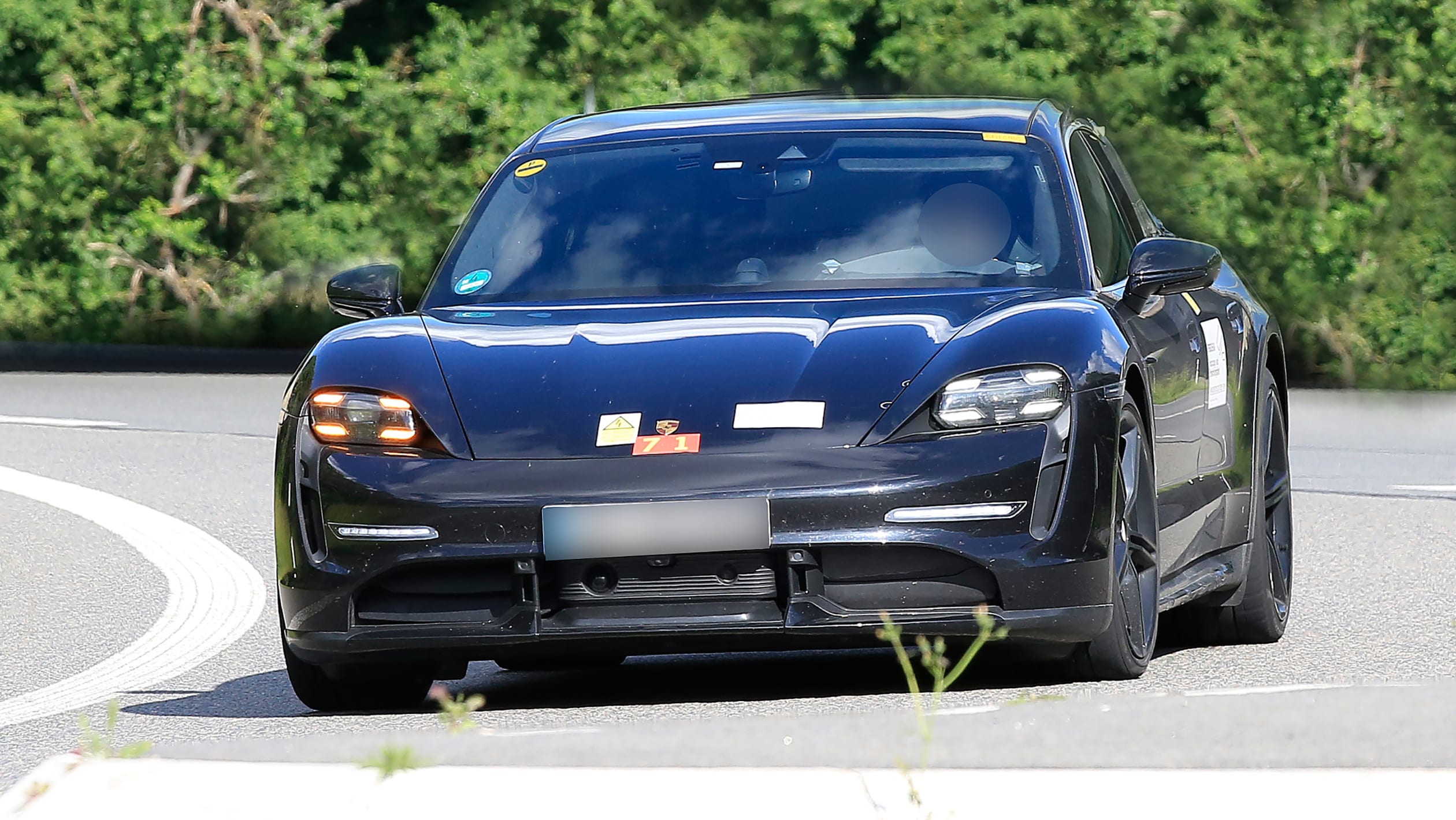 Despite the cosmetic changes, the Cross Turismo will stick with the Taycan’s powertrain options. The entry-level variant, badged 4S, will feature a 79kWh battery pack and two electric motors, for a combined output of 320kW (or 390kW with Porsche’s “overboost” mode engaged).

Turbo and Turbo S models will both feature Porsche’s larger 93kWh battery pack – and each will come with a substantial increase in performance. Both cars develop 460kW under normal running conditions, but with Porsche’s overboost function selected, the Turbo tops out at 500kW, while the Turbo S can generate a maximum of 560kW. The Cross Turismo is the next step in an ambitious assault on the electric vehicle market from Porsche. Following in this car’s footsteps will be a fully electric version of the company’s biggest seller – the Macan.

Due to arrive in 2022, the SUV will go electric only, with the current petrol model being sold alongside it until customer demand falls enough for Porsche to remove it from sale. Bosses have discussed taking a similar approach with the next-generation Cayenne, too.