The revived nameplate will be part of a major new plan to revive the French firm’s fortunes and will sit on the Renault Group’s new CMF-BEV platform for small electric cars.

Company boss Luca de Meo said the use of the new platform and revamped battery tech will enable the firm to sell the 5 for about 33% less than a current Zoe. With an entry-level Zoe costing $37,500, that suggests a target starting price for the 5 of around the equivalent of $34,000. The firm has also confirmed the new 5 will use new powertrain technology and nickel, manganese and cobalt-based (NCM) batteries that, it says, will dramatically reduce the cost per kWh to around AUD$108 by 2030. Renault added that the 5 will have a range of around 400km. The French firm originally revealed the new 5 concept during the unveiling of the ‘Renaulution’ strategic plan devised by new boss Luca de Meo earlier this year. The 5 Prototype city car will be a key part of Renault’s push for 30% of its sales to be of electric vehicles by 2025.

De Meo, who during his time at Fiat was key in reviving the 500, said: “I know from experience that reinventing a cult products lights a fire under the whole brand. This is a cult vehicle at a price many can afford. And this is only the beginning for the whole Renault brand.” 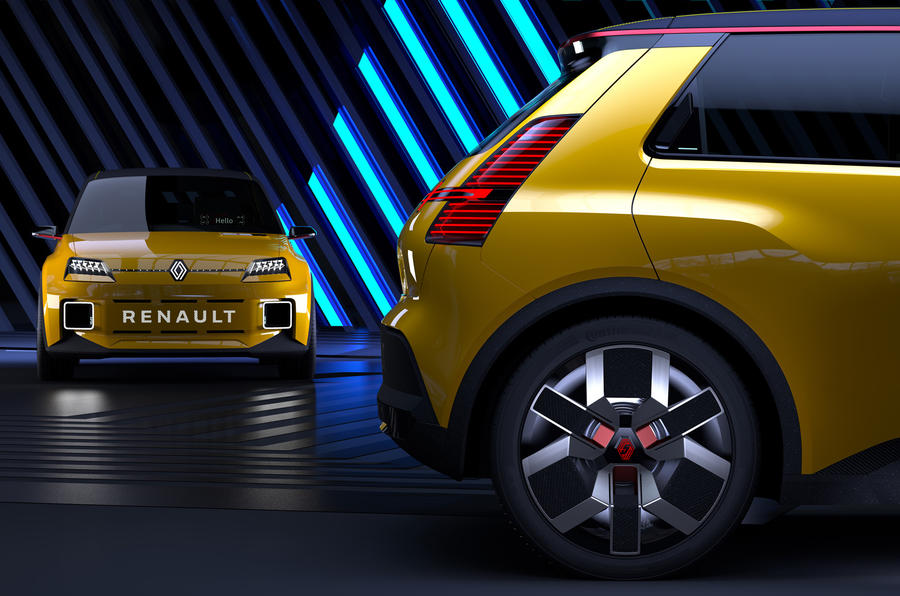 The showcase features wider rear wheel arches and a red stripe livery that nods to the R5 Turbo hot hatch, hinting at the prospect of a high-performance version of the new model. Indeed, recently, performance brand Alpine confirmed that it is working on its own version of the 5, which will arrive shortly after the standard car, using the same 160kW powertrain as the Mégane E-Tech Electric.

Described as a city car, the model will replace the hugely successful Zoe EV as the firm’s compact electric hatch, which is thought to have around three years left on sale.

The history of the Renault 5 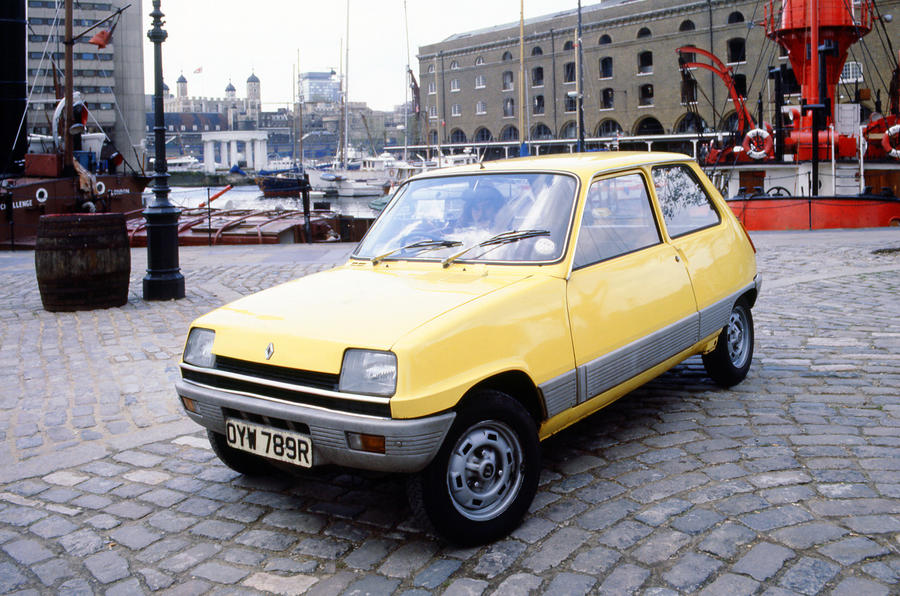 The original Renault 5 was launched in 1972, designed to fill the sizeable gap between the Renault 4 and the Citroën 2CV in the French small car market. Renault engineers were given a brief to develop a small car that would meet the needs of the widest range of the French car buying public possible.

The final design remained close to the original sketches from designer Michel Boue, with a slightly unconventional design. Under the bodywork, the R5 used many of the mechanicals from the Renault 4 and Renault 6 and featured front-wheel-drive with a choice of two engines. The car was a huge hit: by 1980, it was one of the best-selling cars in the world. In 1976, it also spawned the Renault 5 Alpine (branded the 5 Gordini in the UK), one of the world’s first true hot hatches.

That was followed in 1980 by the R5 Turbo, a cult classic rally homologation special that featured a mid-mounted turbocharged engine in the passenger compartment behind the driver.