Just like the GT86, the GR86 is the fruit of Toyota’s reaffirmed partnership with Subaru to build compact sports cars, with the latter brand’s BRZ model – revealed late last year – sharing the same platform and engines. Toyota claims that it has “engaged in a friendly rivalry” with Subaru to develop two new sports cars with distinct driving feels.

Using the same chassis and engine as the BRZ, the GR86 is powered by a 2.4-litre naturally aspirated flat-four ‘boxer’ engine in place of the old 2.0-litre unit. Toyota has not confirmed full specs for the Australian market GR86, but the Japanese version of the car produces 173kW and 250Nm with a redline of 7,400rpm. That’s 26kW and 45Nm more than the car it replaces and results in a far quicker 0-100km/h time of 6.3 seconds – 1.1 seconds faster. But we’ll have to see if the final figures away from Toyota’s home market are different, when more details are revealed later this year. The new engine is mated to a six-speed manual gearbox as standard, while a six-speed automatic transmission will be offered as an option. Both send power to the rear wheels through a limited-slip differential. The GR86 is based on the same basic platform as the GT86. However, the brand has upgraded the chassis with more strengthening panels and stronger bonding techniques to improve the body shell’s stiffness and sharpen up the handling. Torsional rigidity us up by 50 per cent, while the whole thing tips the scales at 1,270kg. The ‘GR’ in the car’s name stands for Gazoo Racing, Toyota’s in-house tuning division that helped develop the brand’s GR Supra sports car and GR Yaris hot hatchback, so it’s no surprise Gazoo Racing has had a hand in the development of the GR86’s chassis, too.

The platform evolution means the GR86 retains the same basic proportions as its predecessor, only the exterior styling has evolved to match the purer surfaces of the new BRZ. At the front the headlights and daytime running lights are simpler in design and the front end surfacing is smoother, with Toyota placing a bit of distance between its sports car and Subaru’s with a new front apron with a large rectangular air intake, compared with the BRZ’s more angular detailing. The GT86’s gently sculpted roof remains, while at the rear the chunky bumper houses a new diffuser element and a twin-exit exhaust. As with the BRZ, the GR86’s bonnet, front wings and roof are made from lightweight aluminium. Inside, Toyota has equipped its new compact 2+2 sports cars with much more tech, including a seven-inch digital dash unit and an eight-inch touchscreen infotainment set-up, as part of a thorough redesign of the centre console and dashboard. 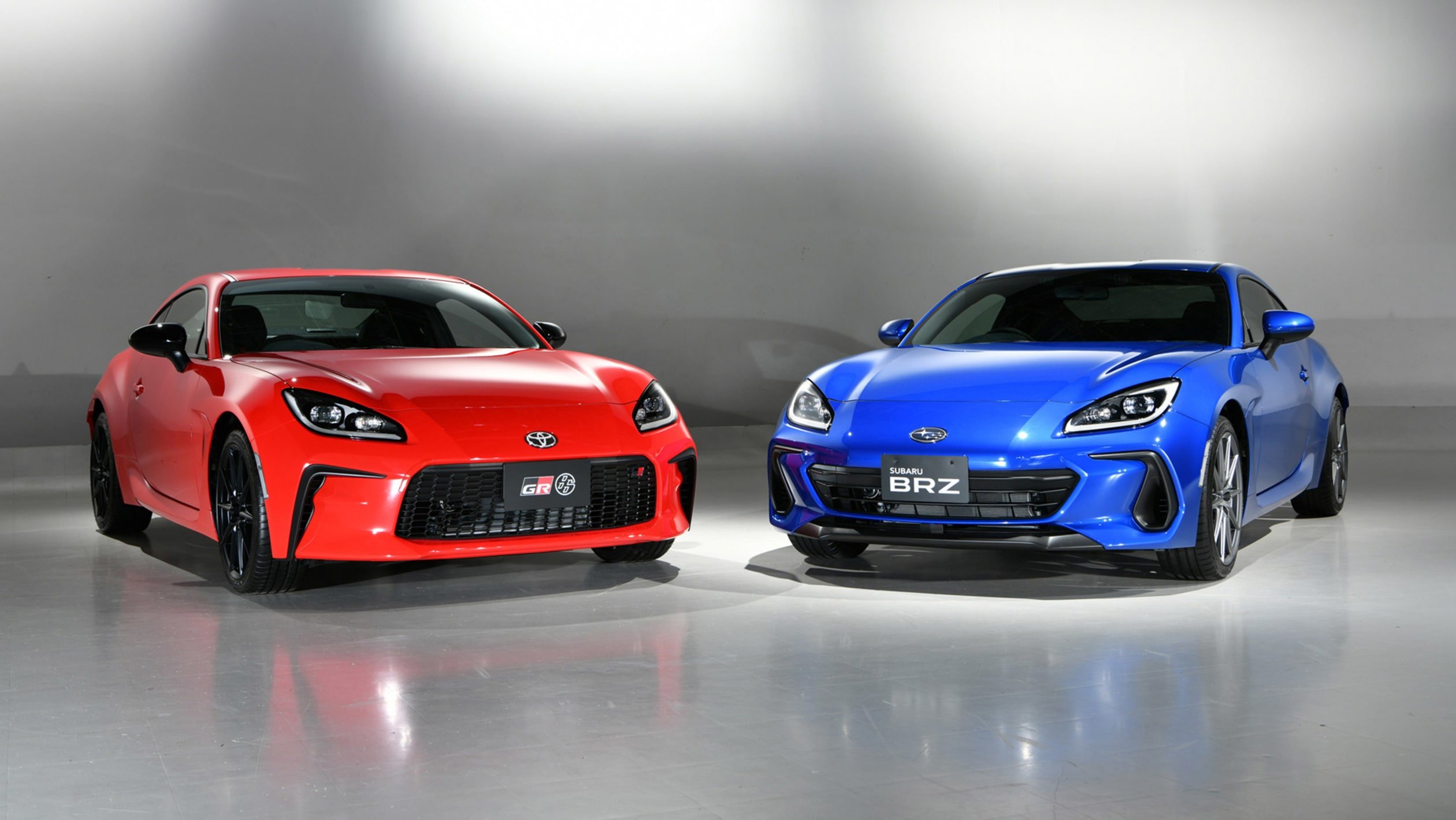 Automatic versions of the GR86 will be available with Subaru developed EyeSight driver assistance technologies. Making use of a forward facing camera setup, this provides pre-collision avoidance support.

Full Australian information is yet to be confirmed, but we expect the car to go on sale either late this year or early in 2022.