Next Mercedes-Benz SL will return to sporting roots Mk7 SL will take cues from 1954 original without going retro

The next Mercedes-Benz SL, which is due to be revealed next year, will hark back to the original model of the 1950s more than any generation that followed, according to Daimler’s chief design officer.

Speaking to Autocar, Gorden Wagener admitted that he’s “not a fan of retro designs”, so the new SL won’t wholly revive the two-seat, gullwing look of the formative car. However, he said that the SL is moving away from the GT-style roadster ethos of the past few decades, returning to its sporting roots. To this end, AMG is heavily involved in its development.

“For me, the most beautiful SL is the original, the 300,” said Wagener. “And I think we’ve taken some of that DNA, starting with the proportions, the surface treatment, things like that. In that respect, the new SL is probably the closest to the first one ever.”

Our best sighting yet of the new Porsche 911 Cabriolet rival has been of a prototype with a cover half-removed at a research and development facility in Germany. This spy shot (below) shows that the car retains its classic long bonnet and cab-back profile but uses a fabric convertible roof instead of the current SL’s folding metal item. 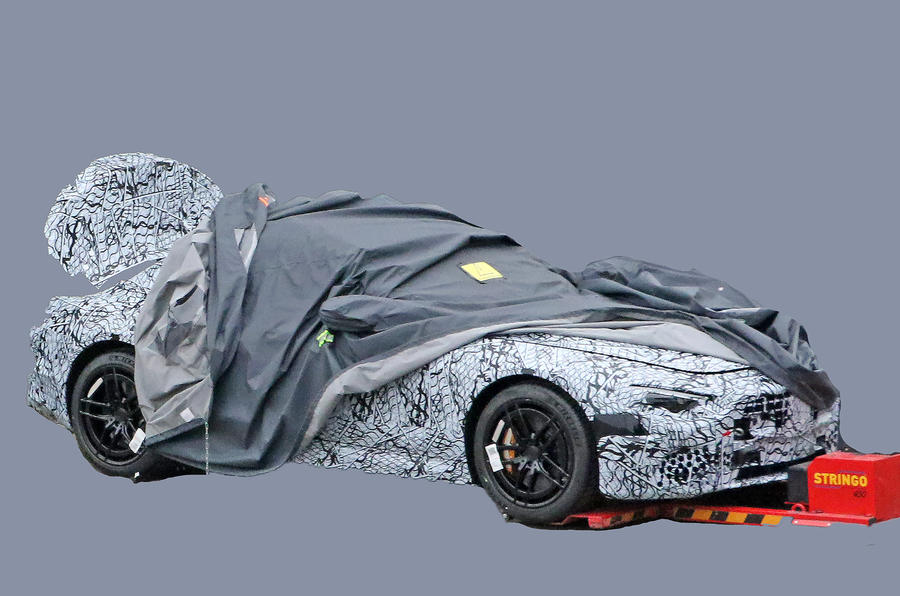 Its platform will be adapted by AMG for the next AMG GT but, when asked if there will be any crossover between the two, Wagener said: “The GT is more of a race car and the SL is more of a sports car. You will clearly see the differences.”

Wagener also discussed the next S-Class, which will be shown towards the end of 2020. He described the model as a “milestone in design” and a “digital S-Class of the next decade” but admitted it will evolve Mercedes’ existing design language rather than lead it into a new era.

He said: “Back in the old days, the S-Class invented a new kind of style every time for the rest of the brand. But that was back when we only had three models, and it’s impossible to do now. There are still a lot of people who love the S-Class how it is, so that’s probably the last car we would want to change [radically].” Wagener said the most “progressive aspect” will be the interior, where his team has put “even more emphasis on the digital side”. Spy shots show prototypes have a Tesla-style portrait touchscreen dominating the dashboard.

The Mercedes-Maybach version will continue to serve the ultra-luxury segment, too, but Wagener said its focus is on “traditional luxury values: craftsmanship, materials and so on” rather than just tech.

The Maybach won’t be the only different version of the S-Class: an all-electric EQS model is due in 2022 to sit at the top of Mercedes’ EQ range, above the EQE, an E-Class-equivalent saloon. The EQS will look “radically different from normal S-Classes”, according to Wagener, and will target “a lot of different customers”. “Our Vision concepts have always been 80-90% close to the production car,” he said. “So that will have completely different proportions. It’s a very innovative vehicle.”

Will the EV start-up bubble burst?