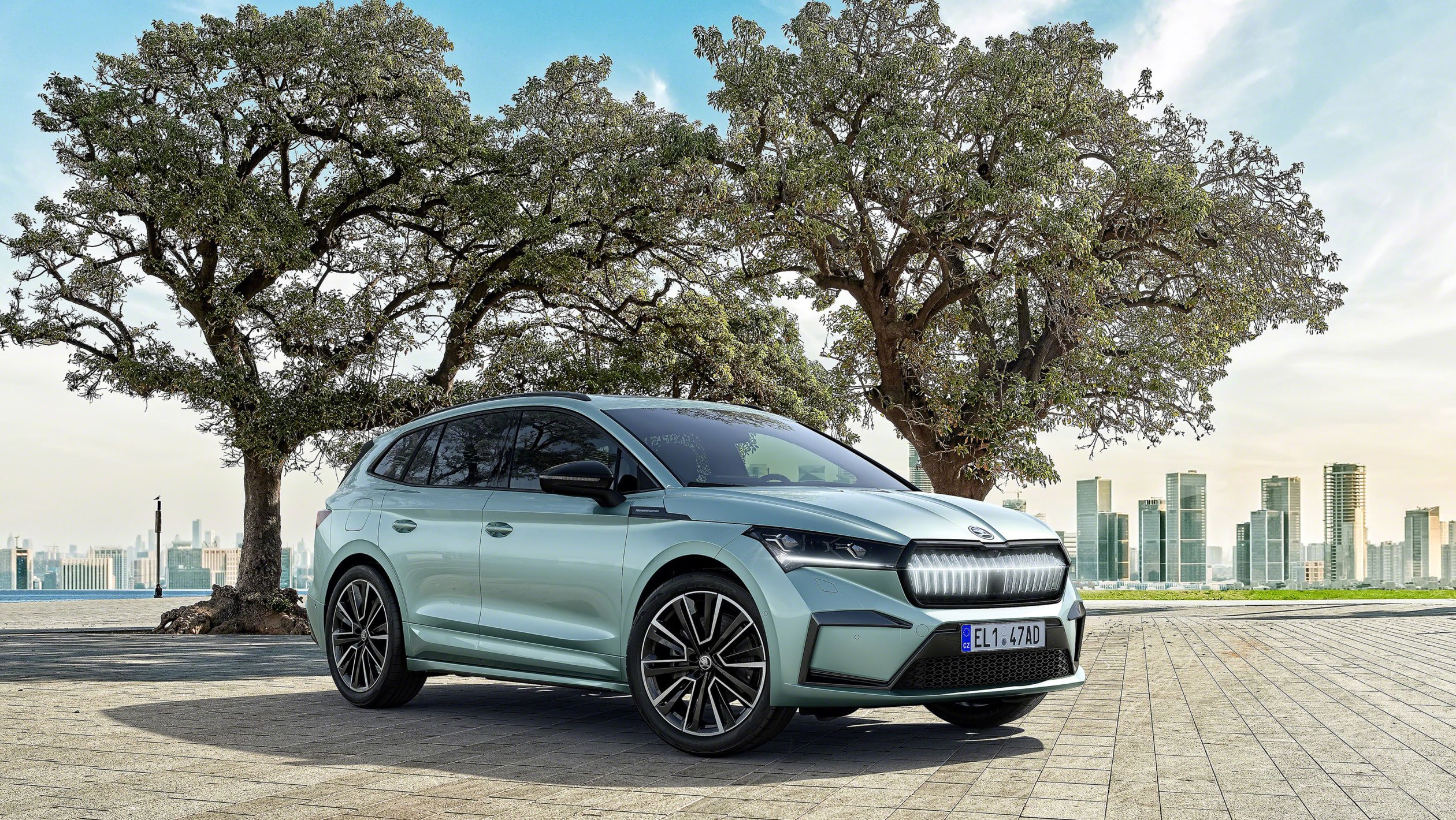 The first production run of the new Hyundai Kona Electric rival leaves the factory in Europe.

Skoda’s first bespoke electric car, the Enyaq iV, has entered production at the firm’s factory in Mladá Boleslav, Czech Republic, ahead of deliveries commencing in May in the continent.

The first model based on the Volkswagen Group’s MEB electric car platform to be built outside of Germany, the EV will be produced at a rate of up to 350 units per day. It’ll go down the same production line as the combustion-engined Octavia and Karoq; the first time MEB and MQB platforms will be assembled together. The Enyaq iV is also the brand’s first use of the MEB platform and offers two battery capacities, rear or four-wheel drive and a vRS performance variant.

Described as “the start of a new era for Skoda” by new CEO Thomas Schäfer, the SUV has an “emotive, powerful and dynamic” exterior design. Measuring 4648mm long and 1877mm wide, it’s almost as big as the Skoda Octavia and significantly larger than the Hyundai Kona Electric. Skoda says space inside is on a par with that of its seven-seat Kodiaq as a result.

Distinctive features include an optional LED-backlit grille with a coming/leaving home animation. The LED headlights and tail-lights perform similar displays and scrolling indicators are standard. Skoda claims the Enyaq has a drag coefficient of just 0.27 – low for an SUV.

The dashboard is dominated by a central 13.0-inch touchscreen with gesture control, an e-SIM for connected functions and a voice assistant. There’s also a 5.3in digital instrument display offering four different layouts.

This being a Skoda, a number of Simply Clever features are available, too. Storage space is boosted by a 6.2-litre ‘jumbo box’ under the centre armrest and an 11.4-litre space beneath the centre console, while charging cables live under the boot floor with a cable cleaner. The Enyaq is capable of rapid charging at up to 125kW, resulting in a 10-80 per cent charge taking as little as 38 minutes. However, the maximum rate is 50kW as standard, with 100kW optional on the 62kWh battery and 125kW only optional on the 82kWh battery. Every Enyaq can also charge via a domestic socket or a 7kW wallbox.