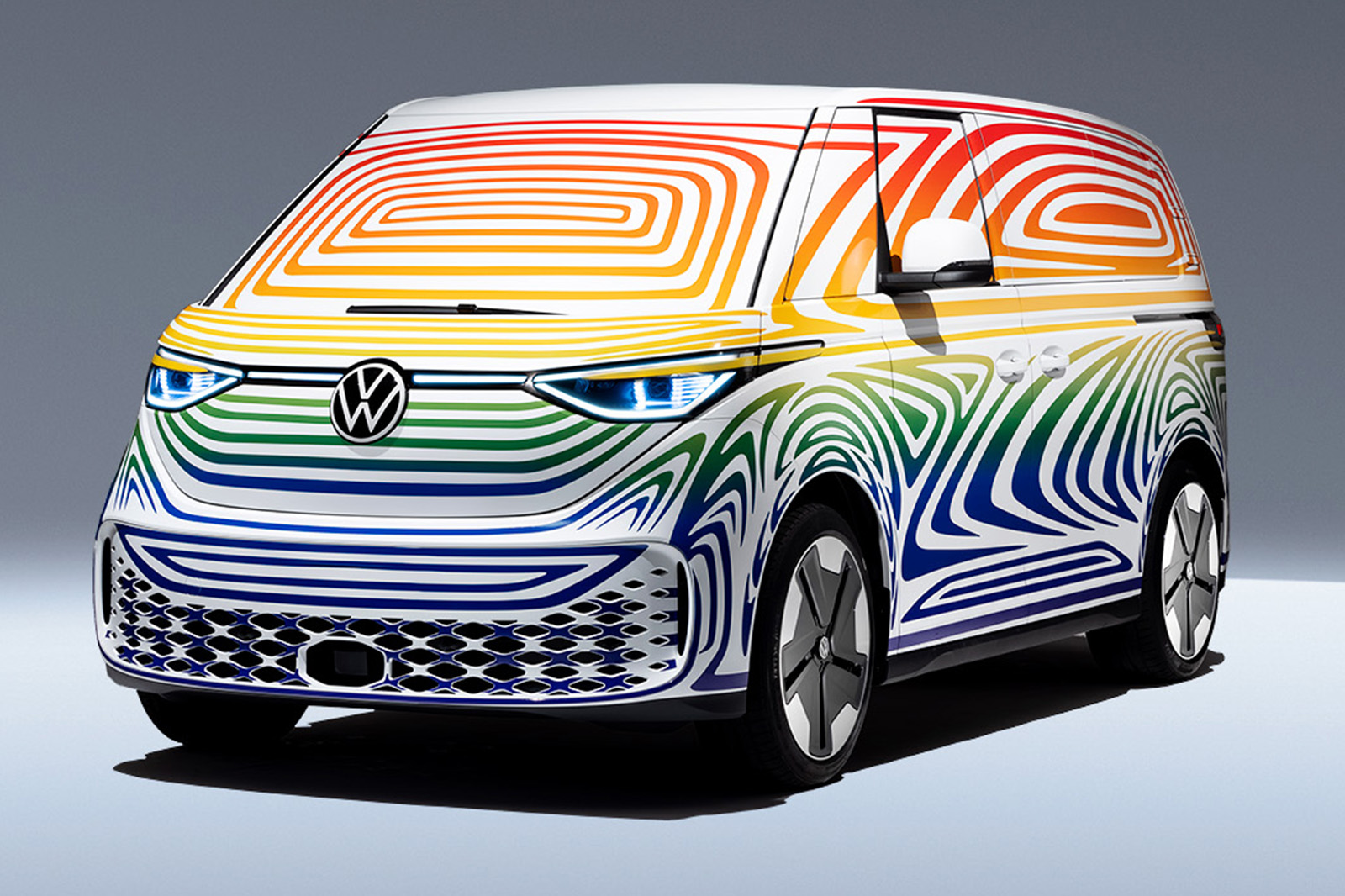 Volkswagen has provided the clearest look yet to its upcoming electric-powered ID. Buzz.

Volkswagen has unveiled a camouflaged, pre-production version of the multi-seat MPV on the sidelines of a presentation dedicated to the new ID.5 at its Wolfsburg headquarters in Germany.

Planned for sale in Europe during the latter half of 2022, the ID. Buzz is set to become Volkswagen’s fourth dedicated electric model, following the ID.3, ID.4 and newly unveiled ID.5.

It will also be the first ID. model to be offered both as a passenger vehicle and a commercial vehicle, with production planned to take place at the German car maker’s commercial vehicle plant in Hannover, Germany from early next year.

Based on Volkswagen’s MEB electric vehicle platform, the new MPV will be offered in both standard- and long- wheelbase guises – the latter not planned to be launched until 2023.

Both models will offer a variety of different seating layouts and interior configurations.

The production ID. Buzz adopts a squarer shape than the earlier concept in a move Volkswagen officials have told Automotive Daily’s exclusive partner Autocar that it is aimed at providing it with maximum interior space.

The overall silhouette mirrors that of Volkswagen’s latest internal combustion engine Microbus, with which the new ID. model is claimed to share elements of its body shell, chassis and interior architecture.

Many of the earlier concept’s styling cues have also been toned down, giving the new ID. model a cleaner and perhaps less heavily contrived look than originally anticipated.

Key exterior design details exposed in the latest photographs issued by Volkswagen include angular headlamps that wrap into the front fenders. They are connected by a light band that runs through a large VW badge featuring prominently on an angled bonnet. Lower down, there is a full-width grille. It features a similar design to that adopted by the concept.

As with the Microbus, the production version of the ID. Buzz adopts two conventional front-hinged doors at the front as well as two parallel sliding doors at the rear.

Technical details to the new ID. model are yet to be announced, though it is expected to share drivetrain and battery configurations with other ID. badged models.

Significantly, the ID. Buzz is also set to play a crucial role in the launch of Volkswagen’s autonomous driving technology, which it is developing in partnership with Argo AI. From launch in 2022, it is planned to be equipped with Level 3 function, but Volkswagen says it will be able to introduce Level 4 capability shortly afterward.