Mazda’s all-new CX60 SUV will be the first model from its Large Product Group due on sale in Australia later this year.

Spotted out on the road by Automotive Daily’s partners in Europe ahead of the run-up to its unveiling March 8, the CX-60 will be the first plug-in hybrid that Mazda has launched. Despite the camouflage, its relationship to the CX-5 is clear from similar design treatments at the front and rear, though the bonnet appears to be notably longer, and the quad-exit exhaust hints at its enhanced performance potential. It will be followed by a larger CX-80 in Australia which will add a third row of seats, although timing has not been confirmed by Mazda Australia. 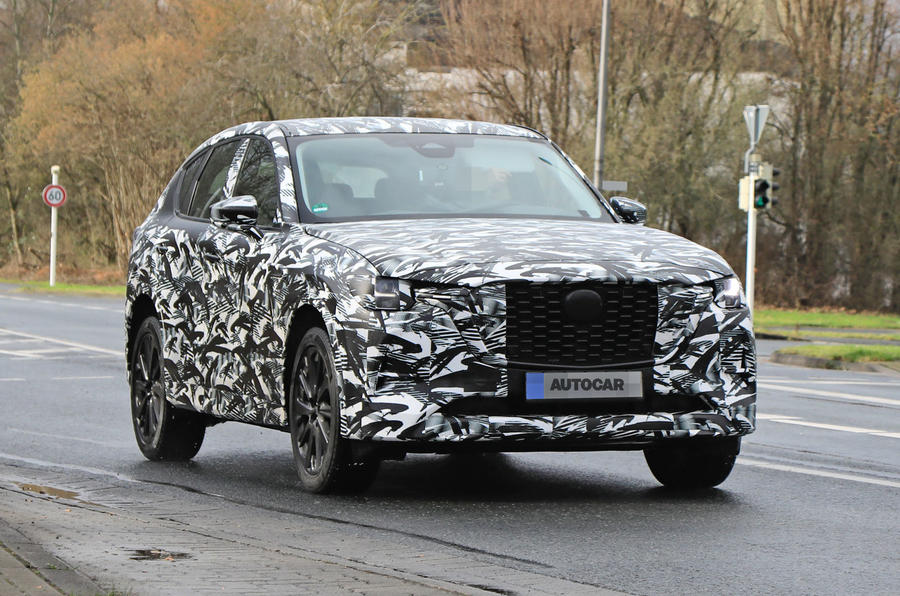 What’s unclear is whether that 2.5-litre engine will be Mazda’s own Skyactiv unit, as deployed in the CX-5, or the 2.5L engine from technical partner Toyota.

This latter is paired with a pair of motors – one with 135kW on the front axle and another with 40kW at the rear – for a total output of 225kW, which tallies with Mazda’s 220kW-plus claim. 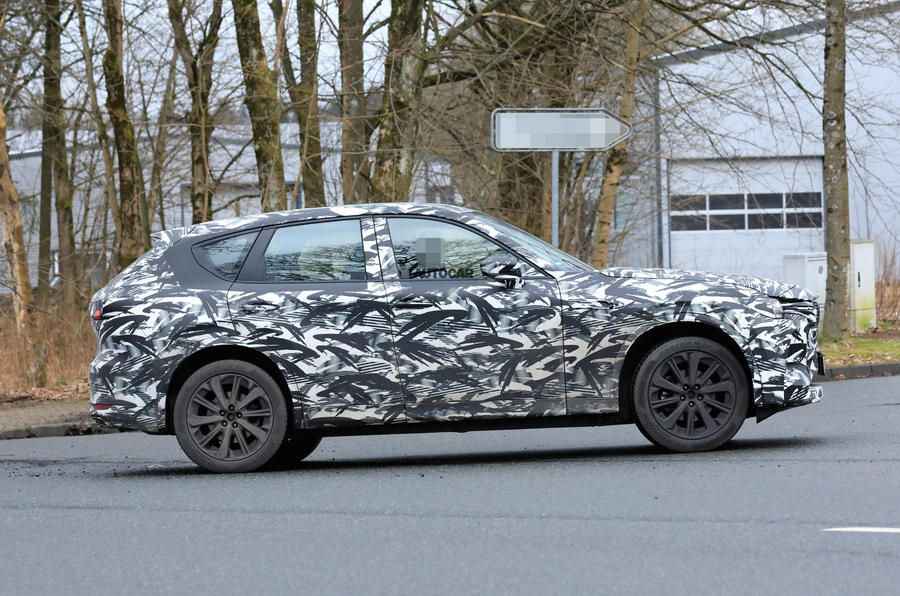 Mazda has just introduced the first European-market vehicle to emerge from this partnership: the Toyota Yaris-based 2 Hybrid, which will be sold alongside the existing 2 for the foreseeable future in that market – is not coming to Australia, however.

The CX-60 PHEV “demonstrates Mazda’s commitment to a multi-solution approach to sustainable mobility and the principal of the right solution at the right time”, the company said. It added that the powertrain will offer “smooth, efficient and powerful acceleration giving the driver greater confidence and driving enjoyment in the widest possible range of driving scenarios”.

For the full reveal, tune in to Automotive Daily on March 8.