New Ford compact truck sits underneath Ranger and is the first full hybrid of its kind to be offered in the US.

Ford has announced the return of the Maverick ute as a full hybrid, compact pick-up truck with prices starting from $19,995 (AUD $25,800). For now, it remains a left-hand drive only model with no launch in Australia on the horizon.

The new Maverick will launch in the United States as the first pick-up in the country with a full hybrid powertrain. It will be Ford’s smallest available pick-up, measuring in at 5072mm long and 1745mm tall. The Ranger, also described by Ford as ‘compact,’ measures 282mm longer and 71mm taller.

“The Maverick product proposition is like nothing else out there. It’s a great-looking truck featuring four doors with room for five adults, a standard full hybrid engine with city fuel economy that beats a Honda Civic… and it starts under $20,000,” said Todd Eckert, Ford truck group marketing manager.

The truck will be driven by a 2.5-litre, four-cylinder hybrid engine producing 142kW and 210Nm. The US firm says the five-seater vehicle will be the most fuel-efficient truck on sale, returning an estimated 7L/100km in the city with up to 800km of range per tank. 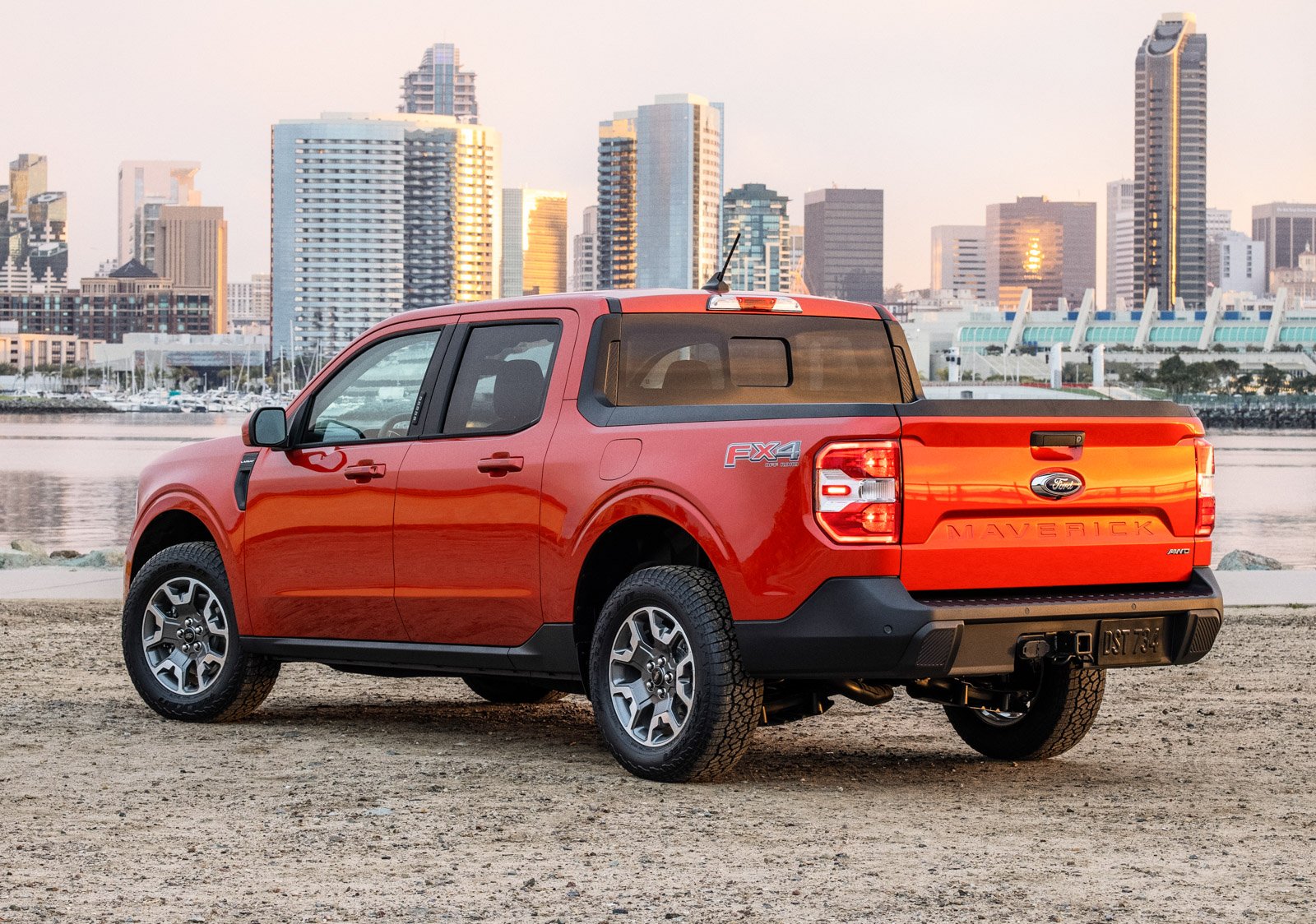 An option for a more powerful 2.0-litre petrol engine will also be available with 186kW and 375Nm of torque, though economy and range figures have not yet been made public.

Three trim levels, XL, XLT and Lariat, will be available for the Maverick. Four-wheel-drive with all-terrain tyres, suspension tuning and off-road drive modes are available on XLT and Lariat specifications, though pricing has not yet been revealed beyond the XL.

An 8.0in touchscreen hosts Apple CarPlay and Android Auto functionality, and Ford describes the interior as “surprisingly roomy” with “excellent leg- and headroom, shoulder and hip width, and a comfortable seating position for both rows.”

The Maverick is expected to go on sale in the US in Autumn this year, with a limited First Edition package featuring unique styling available for the 2022 model year only. The US-firm originally used the Maverick name in 1970 for a two-door, rear-wheel drive compact car, and later in Europe for a Nissan Terrano-based compact SUV.