The upcoming Mazda CX-60 SUV has been caught completely undisguised, providing a good look at the model ahead of its official debut.

The images come from the YouTube channel CSK Review, which captured the shots while the model was shooting for a video.

In the scenes are two versions of the mid-size SUV, the white one appearing to be a high-spec grade equivalent to Azami and the red car, which sports black highlights, similar to GT SP grade. 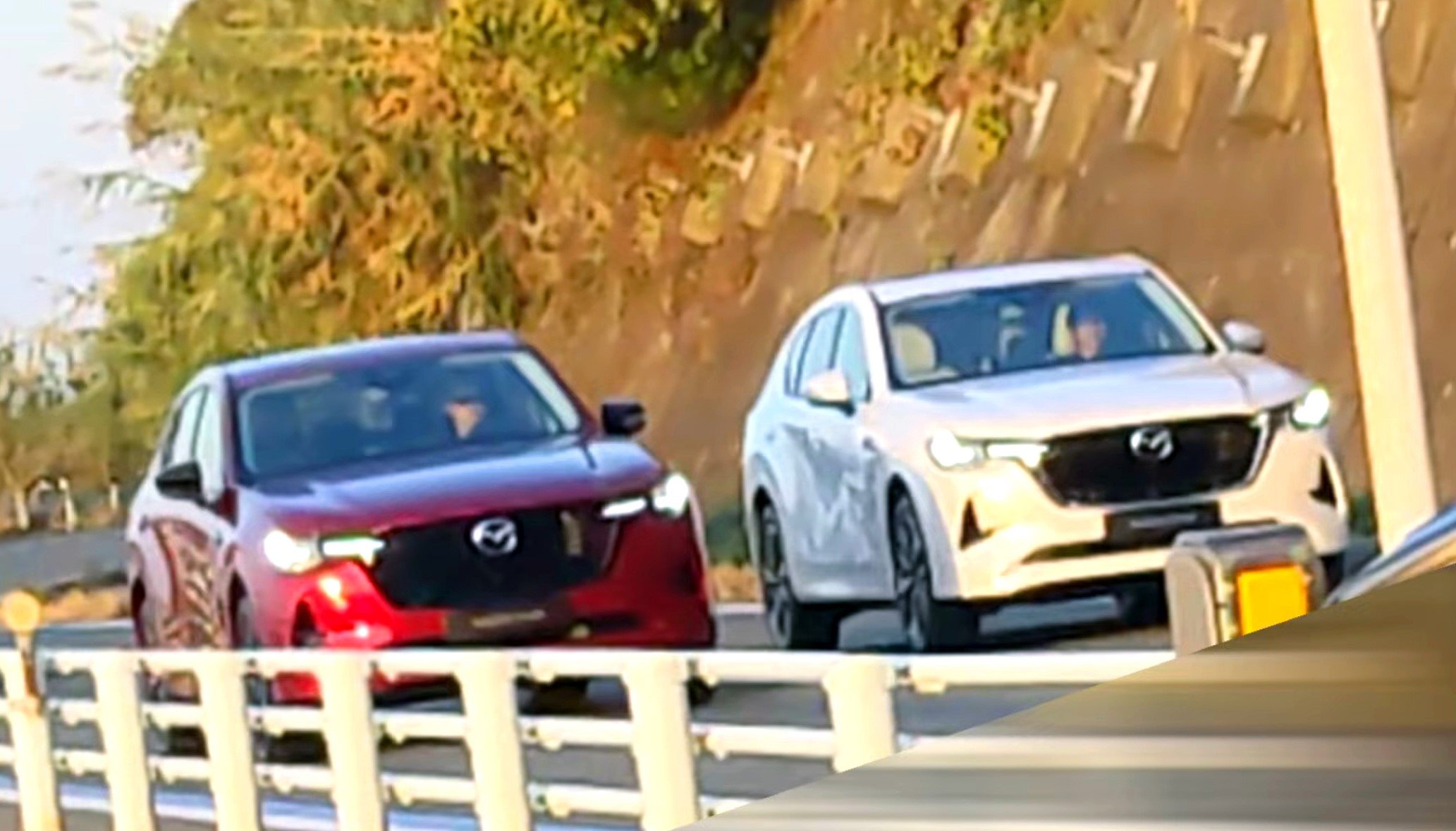 The CX-60 has been confirmed for Australia and will likely be revealed in full soon, before it is better detailed for Australia including an indication on when it will arrive here.

The appearance is somewhat similar to the CX-50 which has already been revealed by Mazda in the US. That model won’t come here and makes up one of four new Large Product models Mazda has confirmed – the CX-50, CX-60, CX-70, CX-80 and CX-90. The CX-70, CX-80 and CX-90 have not been confirmed yet for Australia and the local office says it is investigating further model options, though the CX-80 is a three-row version of the CX-80 and could be a shoe in, we think. Perhaps more important than exterior looks on the new models is what lies beneath the bonnet, with Mazda deploying its new petrol and diesel straight-six engine to deliver a boost in power, torque and refinement.