First revealed in 2019, the Centodieci is one of Bugatti’s latest low-volume hypercars, and takes inspiration from the iconic EB110. This is something reflected not only by its quasi-retro design, but also designation, Centodieci being Italian for the number 110. Just ten examples are set to be produced with each costing a cool AUD$13 million before taxes.

Over a year on from its unveiling, the Bugatti has now released images of the first prototype, before customer cars hit the road in 2022. Over a year of design and computer simulation work has already been undertaken, but it’s only now that physical prototypes will hit the track for the final calibration work. Like other limited-run models like the Divo and La Voiture Noire, the Centodieci utilises the basic underpinnings of a Chiron, if you could ever call them basic. As a result, the Centodieci features a carbonfibre monocoque that stops beyond the cabin to then connect to a subframe supporting the vast 8-litre W16 powertrain 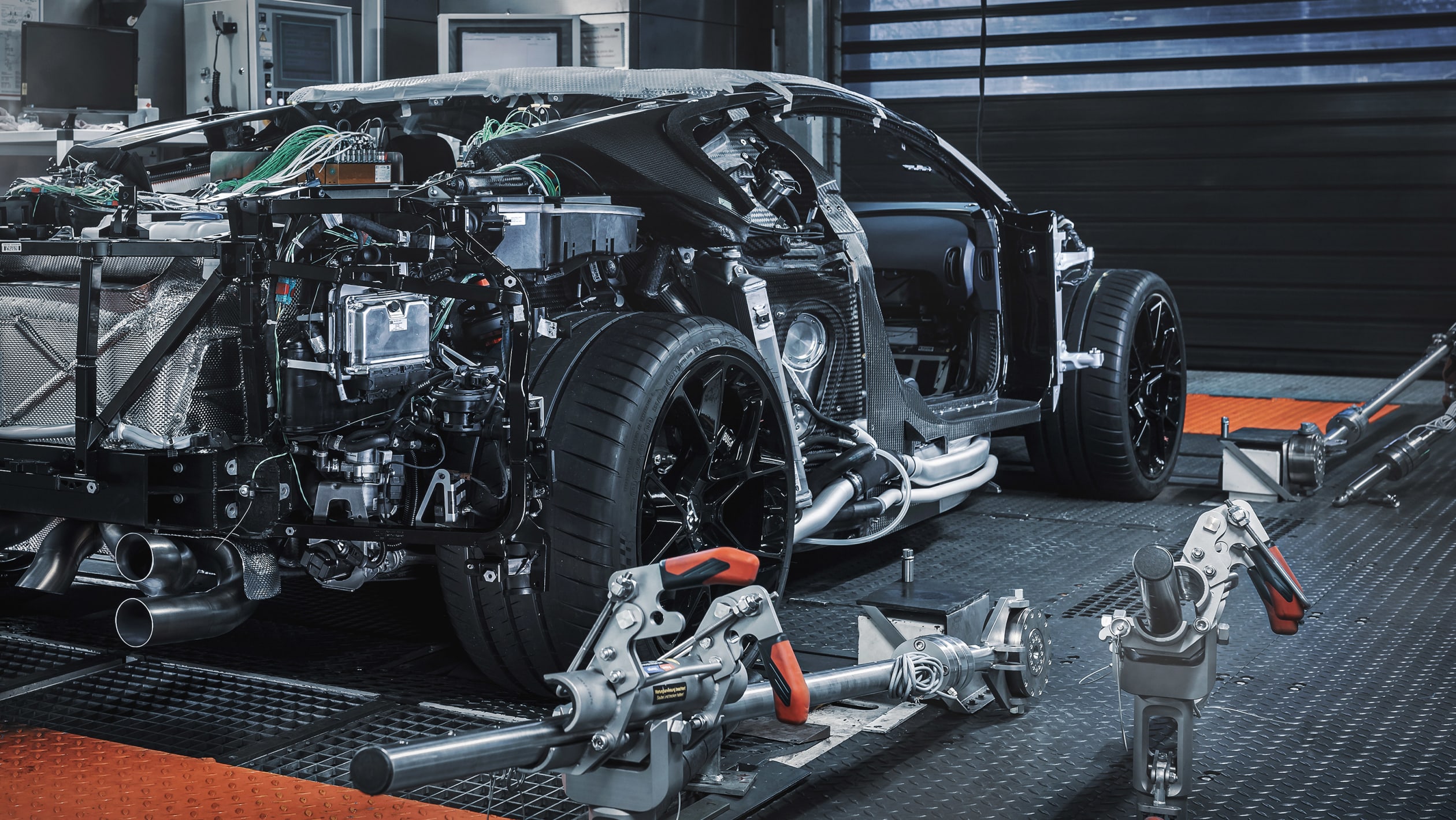 That powertrain is largely the same as the one found in a Chiron too, but has been fettled by Bugatti’s engineers to produce 1176kW at 7000rpm – 73kW more than standard. Performance figures are typically impressive, the car reaching 100km/h in 2.4sec, 200km/h in 6.1sec and 300km/h in 13.1sec. The Centodieci’s top speed has been limited to 378km/h, but unlike the Chiron and Veyron which were both engineered chiefly as high-speed record breakers, the Centodieci is more about its design, and the not-so-subtle connection to its EB110 predecessor. Aside from its clear proportional correlation to the Chiron, the Centodieci diverges from Bugatti’s curvaceous yet ornate aesthetic, instead referencing the EB110’s blockier ’90s look. The wraparound front windscreen is the most obvious change up front, which combined with a streamlined take on the EB110’s vented headlights and small, horseshoe grille make for quite a distinct look compared to Bugatti’s recent models. The Centodieci’s most obvious nod to the EB110, and specifically the 1992 Super Sport derivative, is the five port holes just behind the rear quarter windows which replace Bugatti’s usual C element, whether the full depth of the body as on the Chiron, or halfway down as on the Divo. 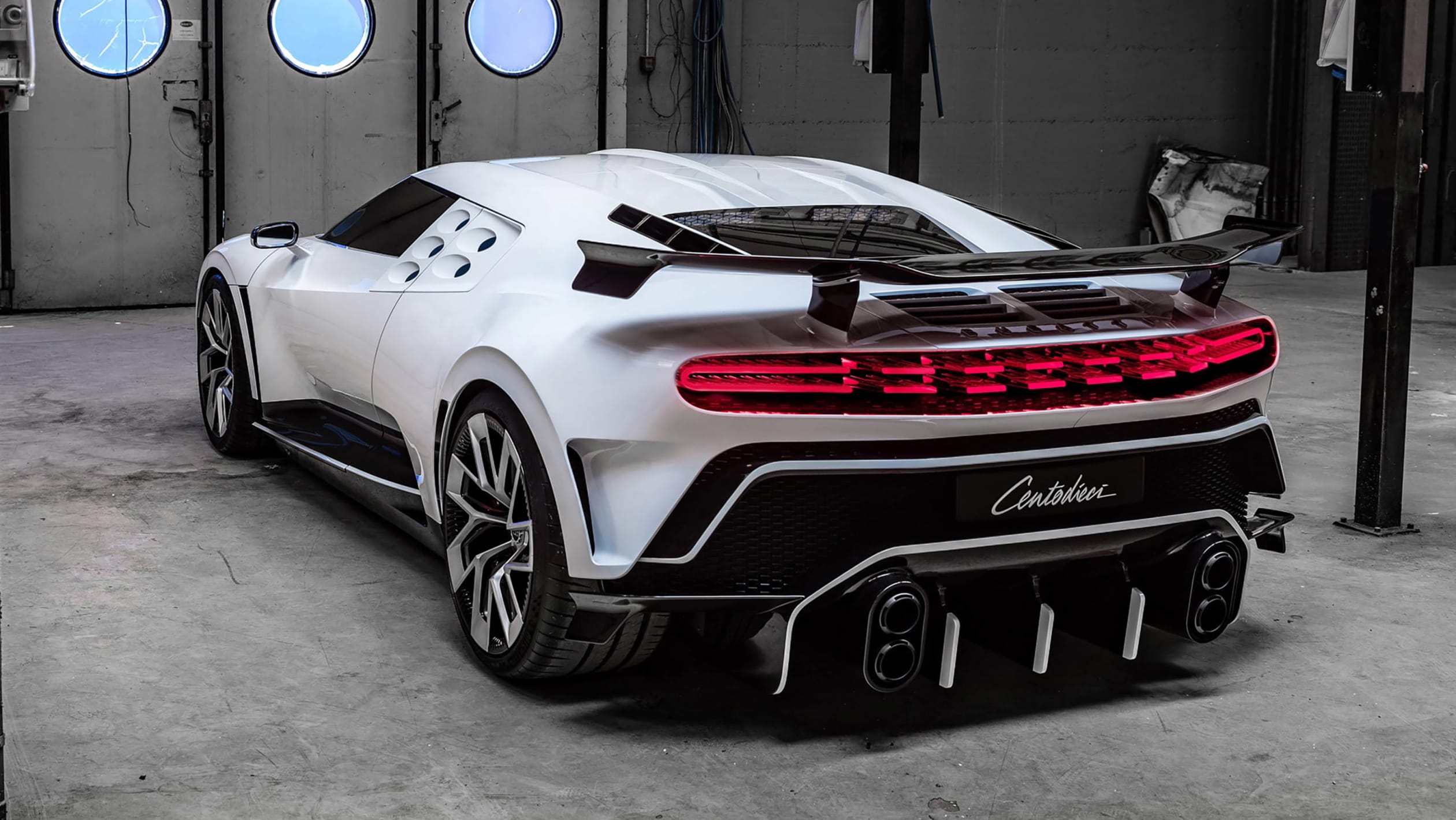 The rear end is defined by the high-set tail lights and static rear wing, that both sit above a tall rear diffuser and vented grille, helping disperse the significant heat generated by the W16 engine. 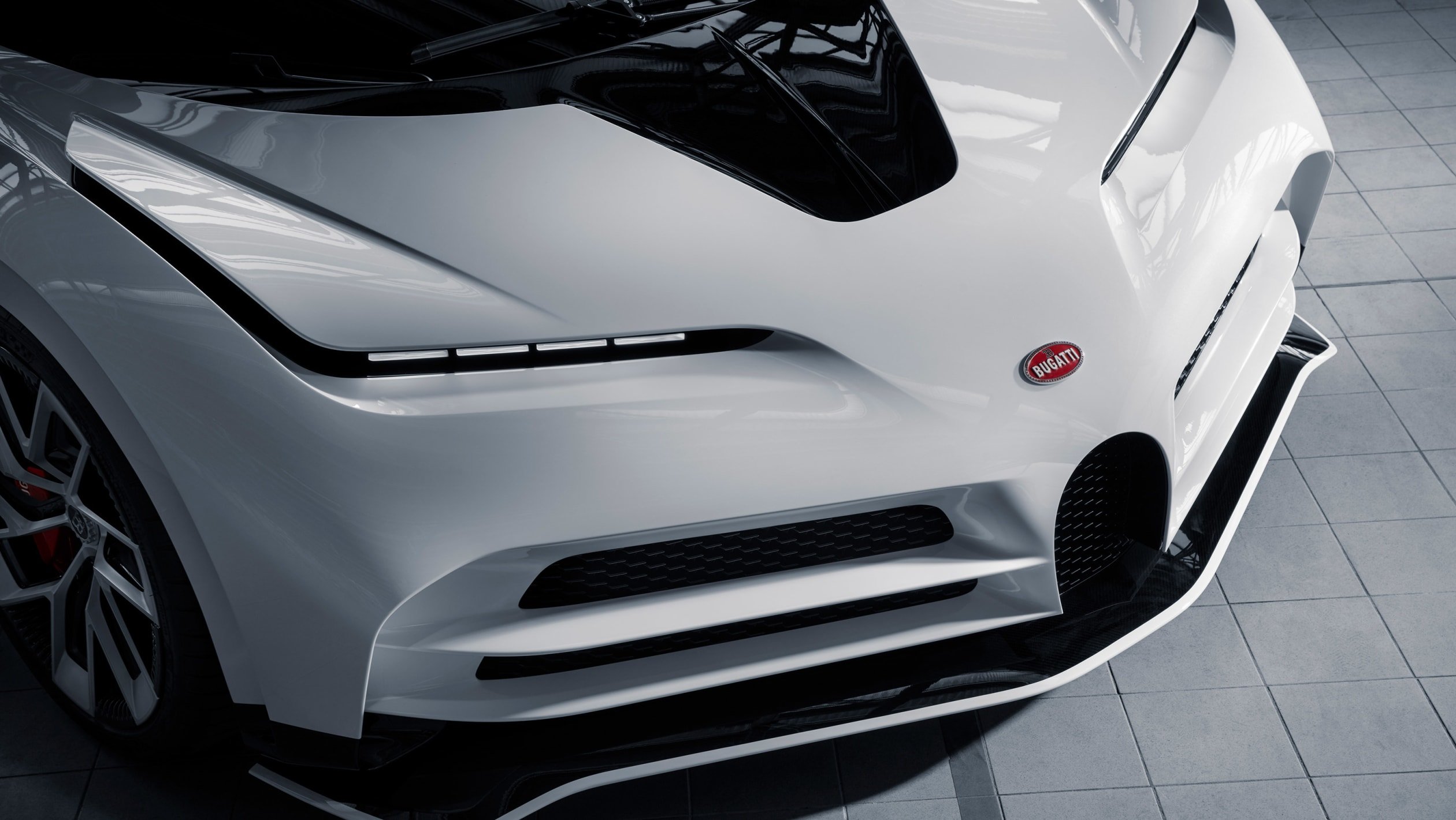 Only ten will be built, at Bugatti’s Molsheim factory, for a cool AUD$13 million before local taxes. All versions have been sold though, and are able to be specified to each owner’s specific designation, whether that be a solid colour like on the show car, or one based on a historic livery from Bugatti’s past.